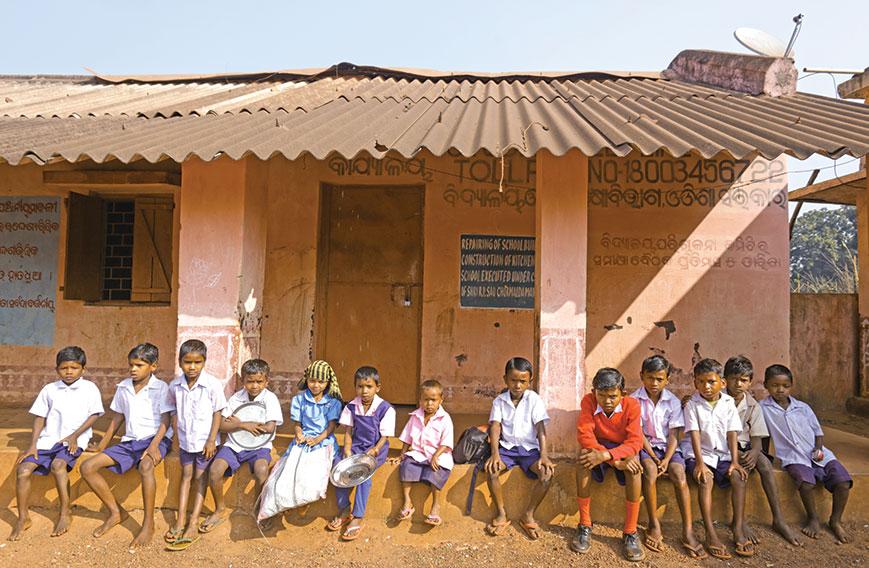 India has the largest schooling system in the world with 1.5 million schools, over eight million teachers and 250 million children in these schools. Under the National Policy for Education 1986/1992 the Government of India created an elaborate administrative and academic support system involving institutions at the central, state, district, block and cluster levels.

If we ignore central institutions such as NCERT, NUEPA, UGC, AICTE and NCTE, the numbers at the state level alone would add up to about half a million people outside the schools. These would include over 33 State Councils for Education Research and Training (SCERT), about 700 District Institutes of Education Training (DIET), over 7,000 Block Education Offices, 7,000 Block Resource Centres and over 81,000 Cluster Resource Centres. Some of these numbers are evolving and thus are current estimates of numbers.

We are therefore referring to a total workforce of 8.5 million people and growing as more and more states strive to achieve the appropriate teacher-pupil ratio as prescribed by the Right to Education Act.

The number of NGOs in India is currently estimated at about three million and while accurate numbers are not available, it is often stated in various reports that over 40 percent of them work in the education domain. That is a whopping number of 1.2 million organisations in the education space.

Assuming each organisation employs just 10 employees, they would need at least 12 million professionals with qualifications, perspective and professional competence in education. In reality, the numbers required would be much more since many of these organisations recruit employees far in excess of ten. The Azim Premji Foundation alone currently employs around 1,200 employees and needs double that number within the next 18 months.

We are, therefore, referring to a total of about 20 million education professionals being employed by the government and non-government sector.

The Twelfth Five Year Plan recommended that the root cause of the poor quality of pre-service and in-service Teacher Professional Development is the absence of high quality Teacher Educators and we need to have about 5,000 Teacher Educators per state. India currently has 29 states and seven Union territories. Thus the total requirement of such dedicated Teacher Educators would be around 150,000.

Some of the critical processes that are a must for effective management of such a large workforce are: manpower planning, a robust process of recruitment that ensures selection of people as per the competencies required for the roles for which they are being recruited, good induction and assimilation into the system, people processes to realise the optimum potential of the people, issues such as performance management (including the risk-reward system, accountability, performance assessment) and professional development.

While these are generic issues for all people employed in the government system, the importance of finding professional talent in a critical sector like education is something special since most people engaged in this domain are involved in nation-building. They, in many ways, have the responsibility to contribute to developing the future citizens of our nation.

Therefore, the most important action by the government should be to establish universities, schools that are interdisciplinary but dedicated to education to meet the qualitative and quantitative demand of the sector.

Illustratively, there has been a relative revolution in sectors such as information technology services, the hospitality industry and health services in the country. The critical enabler for such a revolution was extensive proliferation of engineering, medical and hospitality education institutions. Expecting a major boom in these sectors, both the government and industry took pro-active steps to create  extensive networks such as the Indian Institutes of Technology, the National Institutes of Technology and several hundred government and private engineering colleges across the country.

As a result, India produces 1.5 million engineers and over 50,000 doctors each year. India is recognised as a leader in the software services industry primarily due to the investment in engineering education. Similarly, the growth in the hospitality industry saw the proliferation of reasonable-quality schools for air-hostesses and professionals in the catering and hospital management domains.

However, in the education sector, the government took no such initiative beyond the six Regional Institutions of Education (RIEs). The National Policy for Education came into being in 1986 and the National Curriculum Framework articulated the philosophy and the process of our education. The real question was: How do you develop professionals who understand the intent of these philosophies and have the overall competence to reach them to the schools?

The answer to this question was that the government should have set up high-quality universities and colleges that developed thousands of professionals with deeper understanding of society, education, curriculum, pedagogy, assessment and other related issues. A few universities and private institutions did launch some relevant programmes in education — of varying quality — but the number was in mere hundreds.

The new curriculum was complex and difficult to reach as well as translate in the classroom. It was fairly revolutionary in its approach and should have automatically led to a complete overhaul of teacher education in India. It was clear that we needed to prepare our teachers very differently, very intensely and over a longer duration of time (as compared to a 10- month B.Ed programme). The revised draft of the new teacher education policy was released in 2009 with no radical change in the approach to preparation of teachers.

It was only recently that the government accepted the structure of a two-year B.Ed programme. It was evident that as a nation we took a leap towards the development of the child as required by the current national and social context but took no initiative to equip the teacher with the competencies that were necessary to reach it to the child. Nor did it create an ecosystem of administrators and academics with a certain perspective to effectively support our schools.

Abysmal results in the Teacher Eligibility Tests across the country have clearly established the inadequacy of our teacher education as well as the absence of quality teacher educators.

A large education system such as ours needs topnotch leadership in each state — to pursue our education vision with a perspective and deeper understanding that is necessary to drive the vision consistently. The National Policy for Education of 1986 prescribed a separate specialised cadre of Indian Education Services (IES). There hasn’t even been deep thought about it. Instead, we have generalist IAS officers — many without a deeper understanding of education — leading the education department.  The situation is worsened due to the frequent transfers of officers and the discontinuity it creates — with each bringing a fresh ideology of how to make things work on the ground.