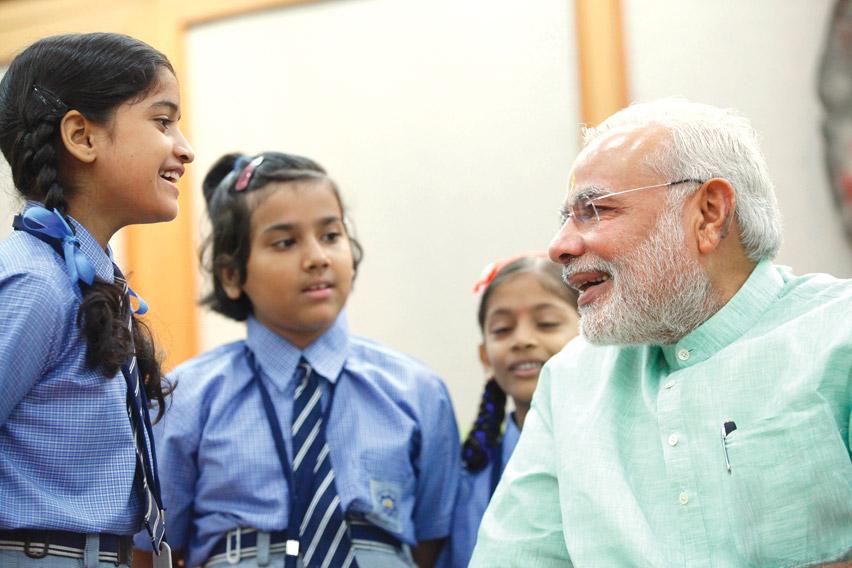 How the system defeats you

The lady at the other end of the phone was known to me. She had called apologetically on a Saturday afternoon to say the minister was keen on getting a presentation by the Azim Premji Foundation on a stated topic. The meeting was on the following Monday in Delhi and the education ministers and secretaries from all the states were invited. The detailed agenda was being structured. Since she knew that the notice was grossly insufficient, she left it to me to decide whether I would myself be present or would depute someone who could deal with the subject. Fully aware that this was unfair to everyone attending the meeting, she was not in a position to say so to the minister.

Given the importance of the subject and the kind of audience, we had no option but to alter our schedule and make it possible to attend. This sort of thing happens quite regularly.

The Commissioner of Education and I had decided to meet in his office at 4 pm on a mutually convenient date. Four of us reached the Commissioner’s office at 3.50 pm. We were ushered into his office and were informed that he would come soon. We kept checking with his secretary every 15 minutes. He sounded helpless. At about 4.45 pm we decided not to wait any further and left the office with a message that we waited for 45 minutes and had another engagement that we could not postpone. The Commissioner subsequently phoned and apologised profusely.

We have had such an experience several times during our dealings with officers. On most occasions, they had no control over their time.

One of the senior education functionaries on deputation with the Azim Premji Foundation for seven years was suddenly transferred back to the government as Director of the State Council for Education Research and Training (SCERT) — a vital body that deals with important issues such as curriculum, textbooks, academic support, teacher education and development, and the like. While the transfer order was issued without consulting the Foundation, we were happy that a competent person would be leading SCERT as it would benefit the entire state. After about a year in the post, he was completely frustrated for the following reasons: (a) He was not able to spend much time on his core job since, most of the time, he was called by the Education Secretary or the minister to discuss several administrative and policy issues. (b) He could hardly focus on the academic issues in the department which was his core competence. (c) There was constant interference in his functioning by his seniors.

Since my colleagues and I were visiting the newly launched Teacher Learning Centre (a voluntary space for teacher professional development) of the Azim Premji Foundation at the premises offered by the government, the Block Education Officer (BEO) was keen to be personally present for the interactions with education functionaries. He is among the more sincere and well-meaning officers in that region and genuinely wants to contribute to enhancement of quality in education. The BEO was keen on presenting his initiatives to ensure appropriate inputs in the system; however a phone call seemed to have caused loss of his concentration and he was heard muttering several instructions on the phone in a hurried manner. He was trying to focus on the current meeting but the phone calls were neverending. Finally, he stood up, apologised for not being able to continue in the meeting and left.

We later learnt that a close relative of one of his seniors was passing through the area and the BEO was required to make arrangements for stay and travel urgently. He was obviously very agitated but could not do much about it. If he took a stand against this extra-constitutional work, he would land in trouble and would not be able to serve the purpose of enhancing education quality as he was doing.

There was urgency in the way the Education Secretary invited us for discussions. We responded immediately and were in his office within two hours. He discussed with us the decision to design and develop additional workbooks for children from Classes 1 to 8 for all subjects since the quality of textbooks was awful and, in certain cases, they misinformed or misled children. We knew the situation and hence agreed to undertake the assignment. It had to be done in a flat three months to catch the next academic cycle of the schools. The Education Secretary agreed in writing that the state would immediately print and circulate the workbooks across the state before the academic cycle. It was a massive task and involved forming a team of 50 academic persons from three different organisations to complete the exercise at high-quality level within three months. Just as the material was ready, the Education Secretary was transferred and a new person moved in. In our first meeting with the new Education Secretary, she expressed surprise that such an exercise was undertaken and flatly ruled out any possibility of printing the workbooks — since there was no budget. We showed her the letter issued by the earlier Secretary but she said she was helpless in the absence of a budget. The same Secretary finally printed the workbooks after 15 months.

I can write an entire book with hundreds of pages about similar incidents at all levels in the Education Department.

None of the persons involved was less committed to work or had dishonest intentions. It is just that, despite the presence of several sincere, talented and well-meaning people in the department, the system strangulates them and prevents them from contributing their best. A lot of unproductive time is spent in activities that are either not germane to their core work or are counter-productive in many ways. It demotivates these people and, more important, forces them to succumb to the hierarchy. Those who decide to resist the system have to face the risk of their retirement benefits getting adversely affected.

Their entire loyalty should be towards the children, teachers and parents — but they end up serving their seniors and political masters rather helplessly.

It reminds me of what Jack Welch, the CEO of General Electric, once said to his employees: “In GE, the employees seem to be having their face to their bosses and backside to the customers”!