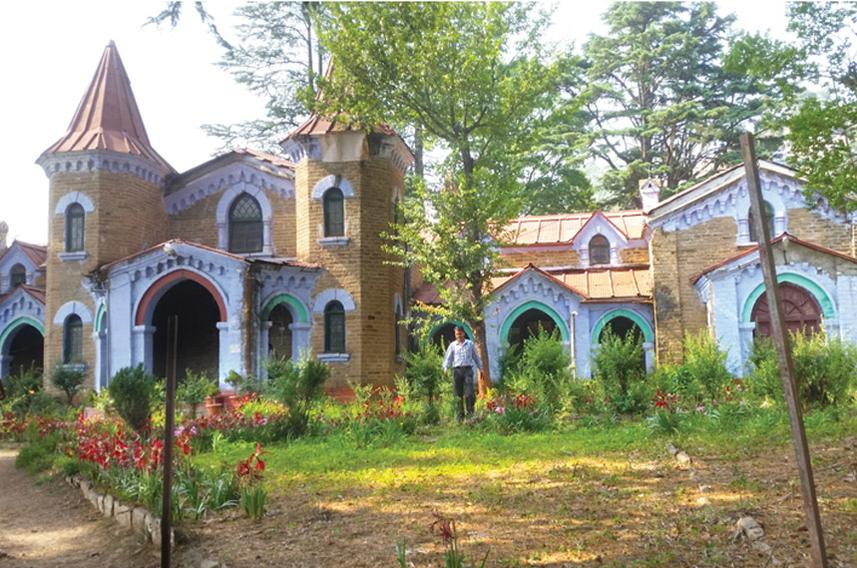 About a decade ago, we had retained a management consultant to visit and evaluate a large not-for-profit organisation on several identified parameters. The organisation had excellent pedigree with a history of almost 75 years. We were keen to collaborate with them —given the fact that on a larger level, our visions were very similar.

The management consultant provided several insights into the organisation. One of the cryptic comments he made was — this organisation is like one of the older clubs in Bengaluru that boasts of Sir Winston Churchill among its early members. He said, “It has a glorious history but the current state of affairs stinks."

This happens when professionals, organisations and institutions rely more on their erstwhile glory than the value they are currently delivering.

I remembered this recently when I was in one of the District Institutes of Education and Training (DIET) in a picturesque district of Uttarakhand. I could not stop taking pictures of the building from outside with my mobile phone camera. Even the surroundings were fairly well maintained. Everyone was gloating over the fact that the building was over 100 years old. As I entered the main hall where a science workshop was being held, I realised that the internal structure of the building needed large-scale repairs. As I toured the building, this feeling became much stronger and I enquired from a senior person from DIET who was with me. He said there was an ongoing dispute between the Archaeological Department and the Education Department on the issue of repairs of the building since it has been declared a “Heritage Building” and cannot be touched by anyone other than the Archaeological Department. I must admit that I have no real knowledge of the facts. The tragedy is that this alleged dispute is going on for some time and the building continues to deteriorate.

As a nation, we have a very poor track record of preserving thousands of heritage structures and monuments in good condition and presenting them to  tourists with their full past glory. I remember having visited a sea-fort near the city of Helsinki —which had a history of less than 150 years with nothing much to see. However, it was presented to the international and domestic tourists as if they  were visiting a great monument. And we have thousands of structures that are more than 500 years old but are systematically allowed to be neglected.

Everyone in the education sector admits that DIET is probably among the most pivotal institutions in the context of teacher capacity development and quality education in schools.

DIETs were to be established in each district of India after the National Policy for Education of 1986 was adopted by Parliament. Among the key objectives of DIET were pre-service teacher education, ongoing support for teacher capacity development, research and evaluation in education related issues and monitoring learning as well as quality of education at the district level. In summary, it was positioned as the most important academic nerve centre for school education in the district.

The functionaries to be appointed in DIETs were to be carefully chosen for possessing key competencies such as abilities for learner-centric education, counselling and mentoring teachers, designing training programmes, understanding children, pedagogy and assessment. The DIET was conceived as a well-equipped training and developed centre with necessary amenities, infrastructure and space for carrying out activities that were relevant for its functioning.

The current status of DIETS in close to 550 districts (out of 700 districts, only 550 have DIETs) of India is rather disappointing. They are plagued with several infirmities ranging from lack of space, low maintenance, non-availability of specified training facilities, absence of some basic resources and, above all, non-appointment of required quality and number of faculty members. Some of them lack basic facilities like water and toilets. I know of DIETs where, for the past five years, there are only three faculty members instead of the approved strength of 25 members. I know of DIETs where there are 13 faculty members out of which 11 are resource people in language alone. Thus, the balance of subject experts does not exist. I know of DIETs where there are no water and functional toilet facilities. I also know of DIETs that have no satisfactory facility for training or discussions.

After almost 30 years of establishing this vital institution, the government has failed to demonstrate the DIET as an institute of excellence that has the potential to radically improve the quality of education in a district. This failure is for several implementation inadequacies. Among the most critical requirement is laying down specific norms/ criteria for appointment of the DIET leader (principal) and faculty members. Currently, it is being done in an ad-hoc manner. When questioned on the DIET vacancies, many education secretaries lament unavailability of qualified people. The states must have a process of developing high-calibre faculty members that builds a pipeline of competent faculty members. While appointing faculty, care must be taken to ensure balanced availability of subject matter experts.

There are, of course, exceptions. I have come across DIETs where, despite lack of infrastructure and highly inadequate number of faculty members, DIETs are doing exceptional work. Some of the principals as well as faculty members are truly inspirational and fighting lone battles in the absence of much support from the system. However, this is highly individual, independent and not institutionalised on a large scale.

Given the reality that most districts have approximately 1,500-2,000 schools and 4,000- 10,000 teachers, neglecting the concept of the DIET is suicidal for the quality of education. In fact, the scale, resource/budget allocation and quality of DIETs have to be seriously reviewed to ensure their reach and influence on schools. DIETs also have the responsibility to work with the block and cluster resource people who directly interact with the teachers and schools. Very often, lack of funding is given as an excuse for not being able to improve the quality of DIETs.

If we are not willing to provide the necessary funding for such issues, we should stop talking of education quality. We have to match our intent with necessary resources and execution efforts — in the absence of which we would pay only lip service to quality education.