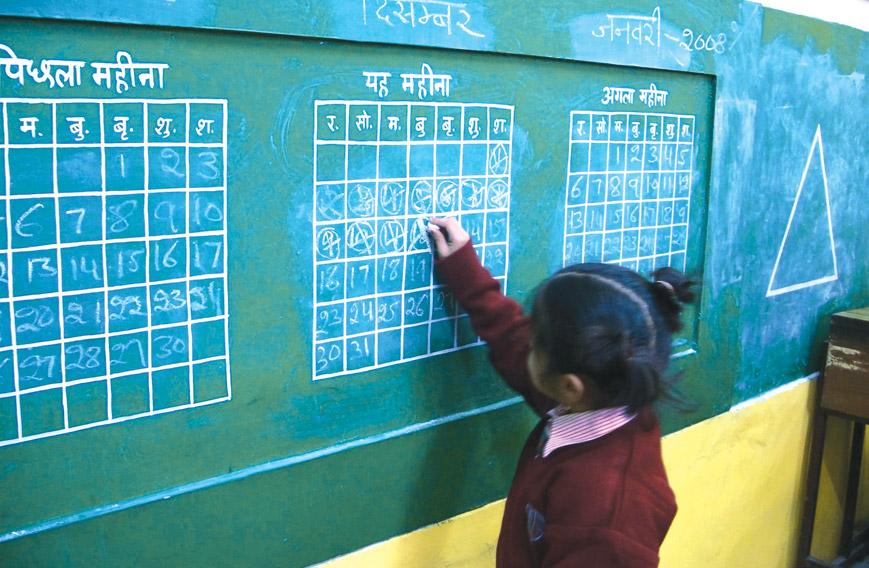 God is in execution

The National Policy for Education 1986 (modified marginally in 1992) was prepared after much debate and thinking that had originally begun even before 1968. The policy was adopted by Parliament.

Several architectures including the formation of institutions at various levels (national, state, district, block and cluster) were created by the policy framework. It also dealt with issues such as efficiency and effectiveness at every level, making things work, periodic review of such institutions and so on. If we had pursued meticulous implementation of the National Policy for Education and various other allied programmes, the quality of education would have been dramatically different. The most recent piece of legislation governing school education is the Right to Education (RTE) Act 2009 which has mandated several requirements ranging from infrastructure to teacher-pupil ratio and continuous evaluation of students. The implementation of this legislation – both in private and government schools – is, however, very poor.

I am dealing with a few  issues below in an illustrative manner.

A District Institute of Education and Training (popularly referred to as a DIET) is supposed to exist in each district. It is expected to play a vital role in academically contributing to pre- and in-service teacher preparation. Knowing the importance of this institution, the then Prime Minister in 2010 asked for  and got a detailed status report on issues such as status of infrastructure, quantity and quality of faculty available, training facilities, the actual work carried out and so on.

Some of the critical aspects of this report were (a) out of the 685 districts only about 530 had a DIET (b) more than 60 per cent did not have the prescribed training facilities (c) compared to the sanctioned strength of 25 faculty members, the actual available average number of faculty members was eight. And we were not even referring to the quality and qualifications of these faculty members. It is well known to many in the government that the process of appointment of faculty members in a DIET is unsatisfactory. It is commonly said that many faculty members are sent to a DIET as a “punishment posting”. In some districts, for several years, DIETs have had just three or four faculty members.

There are similar issues with the State Council for Education Research and Training (SCERT). Broadly, there are fewer people than sanctioned, no investment is made in building the capacity of people and  a shared vision of the institution is lacking. There are also fundamental issues related to budgets, resources, infrastructure, motivation, morale and integrity of work.

Roles have been created at the block and cluster levels to support  schools academically. A typical district with around 2,000 schools is supposed to have approximately 150 such people. For a large state, there would need to be about 2,500 to 3,000 people who can form such an academic pool. But states say that schools do not get the academic support they are supposed to. Some of the more prevalent reasons are (a) large number of vacancies (b) abolition of posts and reassignment of such people as teachers in the schools since there is shortage of teachers (c) poor preparation and development of people (d) people in academic roles are loaded with non-academic work (e) lack of enabling conditions such as a conveyance allowance and so on.

One of the most fundamental issues related to the professional development of teachers today is the shortage of high-quality teacher educators. In terms of structure, we are supposed to have around 3,000 teacher educators per state – therefore, at a national level we are supposed to have an academic talent pool of over 75,000 people. However, in reality, we may not have more than 1,000 high-quality people across the country.

In 2009 in a serious conversation with the principal secretary of education of a large state, I asked him about the most important issue to be resolved in the government schools. He did not have to think much. He said, “We must immediately achieve the teacher-pupil ratio (TPR) per school in the prescribed manner.” In his opinion, if we continue to have multigrade teaching (without even training teachers for such teaching) in about 75 per cent of the schools and have over 20 per cent single-teacher schools (where, if that teacher is absent, no learning happens inside the school)  irrespective of what other steps we take, the quality of education would continue to be poor. Unfortunately, when the government and the relevant authorities review the TPR, it is for the whole state or district. The result is that we have deceptive statistics. It is like saying the average depth of the river is three feet  because at some places the depth is one foot and in some places it is eight to nine feet – and claiming it is safe to cross.

Most educationists agree that if an adequate number of high quality teachers (one teacher per 35 students) is available in every school, overall quality would surely improve. We need to ensure at least one teacher per class and the class should not exceed more than 35 students. The RTE  has mandated this.

There are several reasons why we have failed to achieve this. The most basic reason is failure by the state governments to appoint teachers because of  inadequate budgets or lack of political will. The second most important contributor is irrational distribution of teachers across the schools. The political interference in teacher appointments and transfers has often led to irrational and skewed teacher-pupil ratios. Schools situated in urban areas and closer to the main roads (that are easy to reach by bus or public transport) have a highly favourable TPR – in some cases it is as ridiculous as one teacher per five students. In remote and difficult areas, on the other hand,  it could be even one teacher for 70 students. There are also deeper issues such as absence of educational, health and other amenities in remote areas because of which  teachers are not willing to live there.

The Joint Review Mission that was carried out by the Ministry of Human Resource Development in 2013-14 has clearly brought out that most institutions created to contribute to the quality of education in the states are either not functioning or are functioning at suboptimal level.

We have total clarity on the purpose of these institutions, the kind of people that must be appointed in them, how they should function and what they should contribute to. The crux is in the implementation of this understanding. We don’t need any supplementary programmes to achieve the goals of education. God is in execution of what we have so thoughtfully decided. It is about creating enabling conditions. It is about single-mindedly going after implementation.