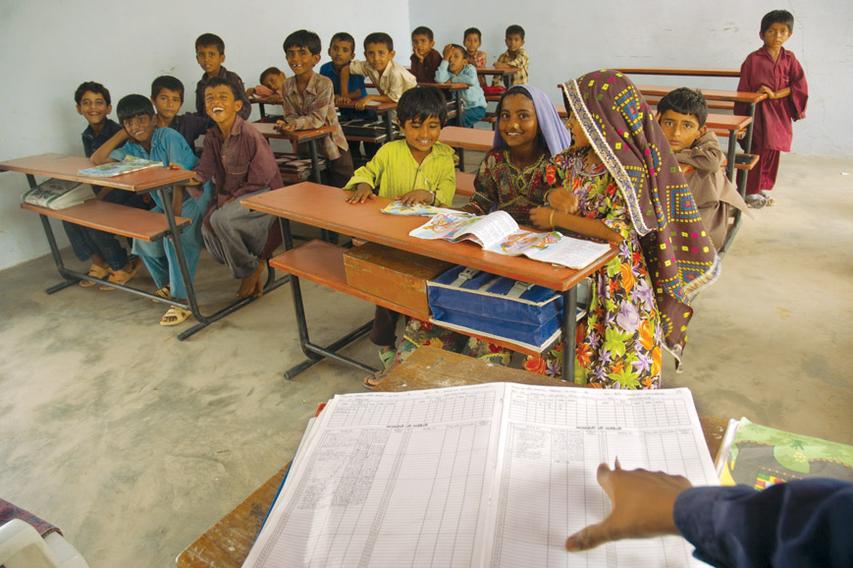 A class of equals

About two years ago, in a relatively remote town in Maharashtra, while addressing some 250  college students, I asked them, “how many of you are proud of being Indian?” Many hands went up. A small group of students did not raise their hands. I asked the majority group why they felt proud of being Indian. They came up with several reasons such as “our culture, our heritage, our diversity, our tolerant society, democracy and so on.”

Then I turned to the smaller group that did not raise its hands and asked their reasons for not feeling proud of being Indians. Their reasons were, “the widespread corruption, the atrocities regularly committed against girls, the minority communities and the Dalits, the severe inequities among socio-economic groups, the urban-rural divide, gender discrimination and so on.”

A debate ensued between the two groups. At the end of the debate many students who were “proud of being Indian” changed their views. They realised that the many reasons that they felt proud of were not valid, that over a period of time, they had just become empty words, that in reality, we have become a society that blatantly promotes, tolerates and ignores the inequity around us.

All kinds of inequity prevail in our society. It is caste-based, religion-based, minority-group based, gender-based and urban-rural oriented.

In educational institutions such as schools and colleges, young, impressionable minds are major victims of such inequity. In some cases, even teachers from the minority community and backward categories are victims of it. The discrimination is palpable — it is in the seating arrangements, in the mid-day meal distribution, in the way children are profiled and are referred to. It is also in the way parents treat their male and female children — in terms of food distribution, enrolment of children, dropping out of children, not allowing girls to go to the school once they attain puberty and the way girls are forced into child marriage. The education and literacy statistics for girls, rural children and Scheduled Caste (SC) children is upto 25 percentage points adverse as compared to boys, urban children and forward category children, respectively.

On one of my visits to a government school, I was with the children of Class 3. The children were enthusiastically showing me their notebooks. I was taken aback when the teacher slapped a child who pushed another child while forcefully shoving his notebook into my hand. I asked the teacher — why did he slap the child? The teacher explained that the child had told me in Kannada not to take the other child’s notebook since he was a ‘Scheduled Caste child’.

Who introduced the concept of a ‘Scheduled Caste’ child in the mind of a Class 3 student? Obviously, the sources could be many — his parents, the neighbours, other children, the teacher or his observant mind! In a small town the separation of Dalits and the Scheduled Castes is rather more pronounced because they often live a ‘ghetto-like’ life. As a practice they often live outside the boundaries of the village. Even the watering points are segregated, based on caste and community.

Why does this social order exist after 65 years of the Indian Constitution? There could be several explanations such as discrimination being deep rooted in our social psyche for centuries, exploitation of the worse kind (of such social psyche) by the political system for electoral gains, non-implementation of hundreds of government programmes that were designed to create affirmative action towards underprivileged groups and to specifically serve their interests and so on.

The sensitivity to equity must begin at home, by parents and neighbourhoods, and in schools that have the specific responsibility to develop our children in a certain way to become responsible social citizens who understand our Constitutional values. Some specific areas are:

The inequity begins with a vast majority of children, especially in rural areas not having any exposure to early childhood education as compared to their urban counterparts who get some kind of exposure to such education. As such, they are better prepared to enter Class 1. Many of them can even read, write and count. But the children who don’t have such exposure begin learning reading and writing after entering  school. As such, they are comparatively ill-prepared and therefore disadvantaged.

I entered Class 1 rather late, at the age of seven, without any exposure to formal early childhood education since I refused to attend such education. However, when I entered Class 1, I was able to fluently read and write. That was possible only because of the home environment and parental support. In the case of children whose parents are illiterate or semi-literate, such support is just not possible. This creates an inherent disadvantage for children. When blind comparisons are made between private and public schools, it is often forgotten that the public schools have to deal with this handicap.

People familiar with schools know several insensitivities are perpetrated on children in school. Children from upper castes are told by their parents not to mix with those from the lower caste. At times, teachers (especially from the upper caste) unknowingly create walls with not only socially but also economically backward class children. There are several implications of such humiliating experiences on various groups of children. Some lose their confidence permanently. Some become deeply resentful and permanently antagonistic. Since teachers probably have the highest influence in the classroom, they can send powerful messages to children. We have to develop deeper sensitivity among teachers for inclusive pedagogical practices.

School leaders can make or break a school. They can build a powerful equity culture in school through several practices and activities that are naturally woven in the overall ethos of the school. This could include the school assembly practices, monthly events, school gatherings, annual day functions and national festivals that are celebrated in the school. For this the school leader has to be deeply sensitive about social issues. I remember, in one of the schools the principal once called a student along with his father and introduced them to me. “He is the son of our sweeper and is doing well in the school”, said the principal. I was shocked by his insensitivity and condescending attitude. Merely being well-meaning is not enough. The school must be aware of the implications of every action they take and statement they make.

The real question is: if the education system itself suffers from so many inequities, how would it achieve one of its most powerful goals — of building an equitable society?