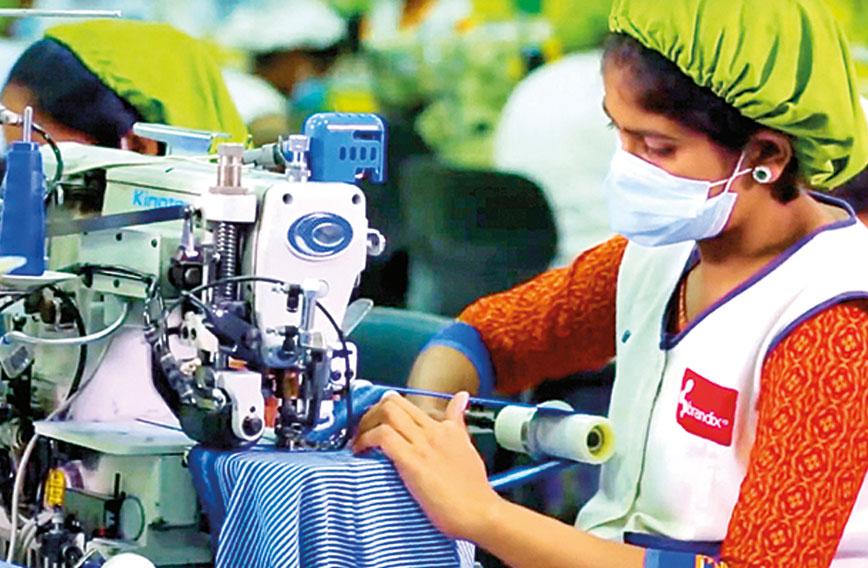 What stole my job?

LAY-OFFS, unemployment, moonlighting and gig work, shortage of talent; amidst issues and contradictions, what is happening to jobs? People around the world are worried: many about automation eating up jobs, others (as in Germany) about shortages of workers. In India too, some sectors bemoan inadequate availability of people with certain skills.

However, amongst the biggest macro problems facing the country, and the most worrisome one for individuals, is unemployment. Despite economic growth, many companies and some sectors are witnessing jobless growth. With a rapidly growing youth population (adding some nine million persons to the working age group each year), this is an issue of concern on many counts.

First, unemployed youth means that the much-touted demographic dividend — which results from a growing working population forming a larger proportion of the total, compared to dependants — will not kick in. Looking ahead, it was expected that, as happened in the East Asian tiger economies, this would give an additional boost of 1-2 percent to India’s GDP. Now, it seems that we might miss out on this, in part because of mismatches between demand and availability of types and levels of skills.

Second, idle youth are dry timber, easily combustible by an intentional or stray spark. Frustration and ennui make them easy targets for recruitment into criminal gangs, drug peddlers’ groups, or various varieties of extremist or cult organizations. Frustration levels and resultant vulnerability are higher amongst the educated unemployed. The problem is especially serious in urban areas, where criminal gangs abound, but is also a danger in villages (as exemplified by the drugs problem in Punjab). The well-being of millions of youths is at stake.

Third, the issues mentioned not only ruin the lives of individuals; they also lead to wider societal problems. Volatile urban youth are often at the forefront of protests, with the combination of frustration and impatience sometimes driving them to violence. The resulting social unrest is dangerous and disruptive, causing a flight of investment (talent too) and thus dampening growth. This creates further misery, in a vicious feedback cycle between unemployment, social unrest and reduced economic growth.

Finally, there is also a socio-psychological issue. Unemployment means a lowering of status in the eyes of others, and lower self-esteem. This can lead to emotional and mental problems, including depression. The young person suffers, and so do his/her family members. Clearly, the cost of unemployment — to individual and society — is high.

One independent research organization (CMIE) puts the overall unemployment rate for India at 7.8 percent in October 2022. This in itself may seem high — until we see that in March 2022 only 10.4 percent of youth (age group 15-24) were employed; worse, the figure has fallen steadily over the past five years, from 20.9 percent in March 2017. Regional disparities are huge: in October 2022, overall unemployment was 31.8 percent in Haryana and 30.7 percent in Rajasthan, but only 1.7 percent in Gujarat and 1.1 percent in Odisha. Maharashtra and UP were both at 4.2 percent.

Data is questionable, and clouded by disguised employment, part-time work, and contract jobs. Yet, unemployment is visible and deeply felt beyond mere statistics. The fact that recently some three million people choked railway stations and bus depots to travel for an eligibility test to qualify for future recruitment exams to secure the few thousand jobs on offer in the UP government tells its own story.

Governments at the Centre and in the states are worried about the economic, social, and electoral consequences of high unemployment. Experts argue about why we are seeing jobless growth. Many claim that our direct transition from an agricultural economy to a services-dominated one is responsible, and that we need to give the manufacturing sector a boost. The aim of ensuring that manufacturing constitutes 25 percent of the GDP remains a dream.  This is not only unattainable but, even if it is magically achieved, it will not create jobs on the scale required.

Today, and more so in the future, competitive and efficient manufacturing requires automation of ever more processes. Jobs, therefore, will be scarce, especially for unskilled and semi-skilled work. Automation is not only becoming continuously cheaper, but assures better and more consistent quality, without the constraints of labour regulations or worries about labour unrest and strikes. Given this, the ‘China model’ of mass employment through mass manufacturing has long passed its expiry date, a fact that many Indian policymakers do not seem to have noticed.

Of course, a large country like India with big ambitions must have an extensive and robust manufacturing sector, but it must focus on leveraging its strengths in software and engineering for high-value, sophisticated production (the German model, rather than the old Chinese one), in pharmaceuticals, and in strategic areas. It could also pick specific areas of high-efficiency automated mass production, plus job-creating agri-processing industries. However, the future of mass employment lies elsewhere: not in manufacturing, but in services.

In services, there is scope to create employment for the full range of capabilities: from minimally-educated and unskilled workers, including surplus agricultural labour, to highly-specialized graduates. The hospitality and security sectors alone will absorb millions of the former, while lakhs of the latter will find employment in engineering, development and research centres. Tourism already creates jobs at various levels, and a big thrust in this area can create millions more; so also, healthcare.

Entrepreneurship, covering the gamut from the most sophisticated to gigs to road-side stalls, is another source for self-employment and jobs. Conducive policies can catalyze lakhs of start-ups and millions of jobs, better defined as livelihoods. A necessary requirement is a universal, comprehensive social security system, including healthcare, unemployment insurance and old-age pensions. This would give additional impetus to entrepreneurship and gig work.

Technology and automation do take away some jobs, but inevitably create many more. The future here will be in the human plus machine mode, rather than either/or. This calls for a stronger focus on upgrading and scaling relevant skills for livelihoods. With this, India can meet its own needs and be the source for global supply of talent.

Kiran Karnik is a public policy analyst and author.

His most recent book is Decisive Decade: India 2030, Gazelle or Hippo.