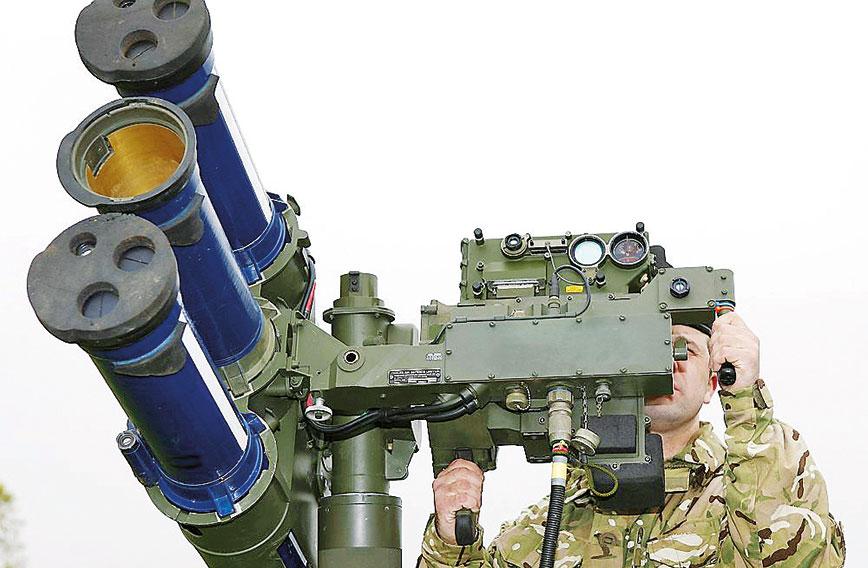 New weapons and devices are now available to the soldier

THE war in Ukraine has busted many a myth. Most have felt, for some years now, that the days of direct military confrontation between nations are over and that national security will mainly be a matter of handling possible terrorist strikes and cross-border incursions limited in frequency, duration and depth, besides any internal strife. This writer, too, had, in a recent book, commented that “frontal attack wars between nations may become a rarity. Proxy wars — through terrorism…cyber attacks — will increasingly be the norm.” How wrong has been this prognosis!

An epitome of “civilization” and progress, especially over the past 75-plus years, Europe would have been the last place in which to expect a reversion to old-style wars of the first half of the 20th century and earlier. Yet, for some two months now, a full-fledged and brutal war has been on in Ukraine. There have been a few missile and drone strikes, besides aerial bombing, but we have also witnessed armies fighting on the ground involving soldiers, tanks and shelling — all facets of more conventional warfare.

The war has, however, once again highlighted new battle technologies. Precision missile strikes, for example, can target a specific building. Drones can be even more focussed. Reports indicate that in Afghanistan, US drones — launched from afar and controlled by a “pilot” thousands of miles away — were able to target even one chosen car. Cameras in drones or in satellites can pick and track the target, as also provide post-strike visuals. The combination of unmanned aerial vehicles (UAVs) and space assets is a deadly one, allowing war-from-a-distance, with no chance of human casualties for the attacker. For the other side, there is a high price to pay, including the now-common euphemism of “collateral damage”.

Such non-human (or, inhuman, to use a more appropriate word) warfare is becoming more common now. Apart from Afghanistan (and the many other US interventions), Houthi forces have been using drones to attack oil processing facilities in Saudi Arabia, and Israel regularly uses them in its on-going Palestine and Syria attacks. The rapid evolution of drone technology clearly makes this a key weapon in future wars.

Precision-guided bombs, delivered by aircraft, UAVs, or missiles, are another variant of targeted attacks. They generally do not have the manoeuvrability of drones but have other advantages. The new hypersonic missiles can change course and — like low-flying cruise missiles — substantially evade radar detection. This, and their ability to arrive from any direction, makes them extremely dangerous. China is an acknowledged world leader in this; in addition, it has demonstrated anti-satellite capabilities — crucial weapons that can destroy space assets which provide key military as well as civil applications. These weapons are present dangers and not hypothetical future developments: facts that should set off alarm bells in India.

Amidst this new hardware, human armies — “boots on the ground” — are yet a requirement, especially if one wants to capture and hold territory. This continues to be important, despite theories of the irrelevance of land capture. Russian troops marching into Ukraine exemplifies this. The infantryman is, however, going through a complete makeover. Light-weight, bullet-proof armour; night-vision glasses; protective masks (against chemical or biological weapons); clothes that act as self-healing bandages to treat wounds; helmets with built-in GPS and a display which relays satellite/drone images of the battlefield; and a host of weapons: all these are going to be part of the routine couture of a soldier. Further, with changing social mores, this infantryman-of-the-future may well be a woman! Soon enough, “s/he” may also be a robot. If both sides are so equipped, war becomes more like a computer game! With few humans on the battlefields, it will save many lives — but may make war more common.

Amongst the new weapons, a powerful one is cyber-attack. A country’s financial system, air-traffic control, rail movement, road-traffic regulation or electric power can be brought down by malicious software. Examples abound: from destruction of uranium-enrichment centrifuges in Iran, to power-distribution system attacks in India, to orchestrated attacks on a country’s total digital network. Some cyber-attacks could cause more damage than bombs.

Apart from the covert attacks, cyberspace has become the battleground in a different way too. Wars are today no longer merely about on-ground victories; they are equally about public perception, morale, and building global support bases. These battles are carried out through conventional media like the press, radio and TV, but are now mainly fought on social media platforms (which also influence the traditional media). Faced with a far superior military force, Ukraine — with the advantage of having a professional communicator as President — launched a war via airwaves, on TV and social media. By all accounts, it has scored huge victories here, and seems to have won global sympathy and support.

Looking ahead, what does India need to do? Ideally, we will never face a war, but the best way of preventing one is to prepare for it: a policy of deterrence. Allies and alliances (QUAD-like or other) may not help much, as Ukraine has discovered. Little wonder that NATO is now expanded as “no action, talk only”.   Building indigenous technological capabilities — therefore, investing heavily in R&D — is a necessary step, as obvious as having military strength. Further, today it is comprehensive national strength (to borrow a Chinese phrase), a multi-faceted approach to security, which matters. Another key lesson from Ukraine is the crucial role of communication (especially social media) in today’s hyper-connected and very vocal world. It has virtually consigned a more powerful neighbour to the global doghouse.

The biggest lesson, though, is the vital importance of social cohesion. The Russians seem to have presumed a divided society, with a strong pro-Russian tilt. Instead, the Ukrainians — led from the front by a suddenly rejuvenated President — stood as one behind their flag. Social harmony brought cohesion of purpose, stalling military advance. Till sovereign states exist, this may be the best way to counter bigger neighbours.