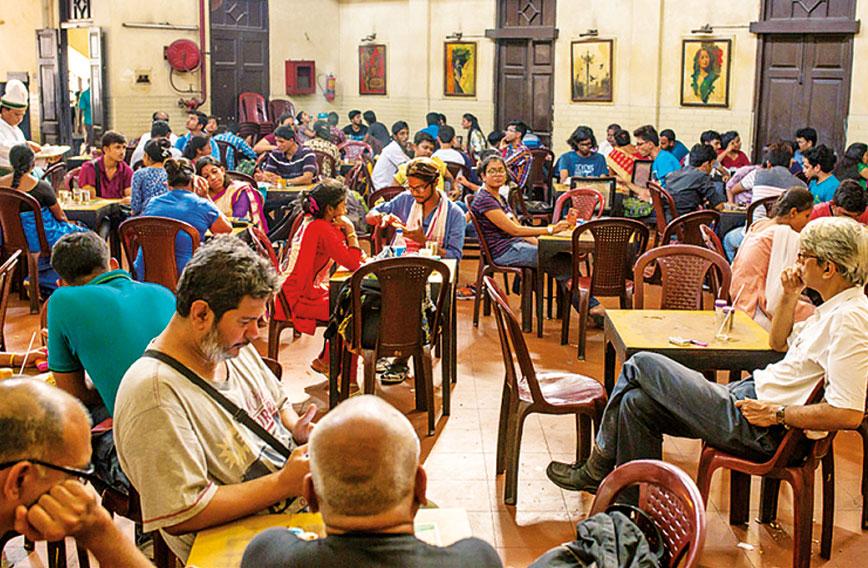 How long before we are defined and identified by a number instead of a name?

WHO am I? is a deep philosophical question, one which can take a lifetime of pondering. Humans are prone to ask such profound questions; so, after 7.5 million years of computing by the Deep Thought super computer, we have the response: “The ultimate answer to life, the universe and everything is: 42.” (Intrigued? Read The Hitchhiker’s Guide to the Galaxy by hilarious sci-fi writer Douglas Adams.) At a more mundane level, today I can answer the identity question, like Deep Thought, in numerals: “xxx6910” — that being my partially-redacted Aadhaar number. This gives me (and some 1.1+ billion Indians) a digital identity, which can be accessed anywhere and anytime. More important, being biometric and retina-scan based, it is unique; therefore, better than a conventional name which can — and often is — duplicated (think of how many Anil Kapoors or Srinivasans you know, leave alone Buntys and Pinkys).

For many a human-to-machine transaction, there is a second factor of authentication (SFA), which provides an assurance of additional safety and security against stealing of personal data (like an Aadhaar number). Even in human interaction, especially with strangers, a name-based identity often requires a second factor, given the commonality between names. This SFA is generally the “from”: in professional interaction, the expected response is the name of your organization; in personal and casual conversations it inevitably refers to a city or town.

The cultural ethos in India means that in most cases the expected answer to “From?” is the name of your hometown. Thus, I have overheard countless conversations amongst strangers introducing themselves in the format of: “Koshy from Kochi, but I now work in Kolkata”, or “I am Banerjee from Burdwan in Bengal, but now living in Bangalore”. Identity is defined by name and hometown, both of which contain additional data. Encoded in the former is often caste and religion (yet important parts of identity for many) and in the latter the cultural origin, including mother tongue. SFA is particularly useful when introductions are by first name. Thus, Ashok from Ahmedabad is a Gujarati, whereas Ashok from Amritsar would be a Punjabi.

How long will these forms of identity continue in a rapidly changing social milieu? It may be many years before alphabets are replaced by numbers as names. However, with long-term migration, the second identifier — hometown — is losing meaning: many have long left their hometown. Further, the nuclear family means that the inter-generational transmission of culture is minimal. For instance, having spent just over a tenth of my life in Maharashtra, as compared with over two-thirds in Ahmedabad and Delhi, can I claim to be “from Maharashtra”? What roots of culture or language can I claim as my identity from that state?

There are already tens of millions who are similar nomads relative to their “home” state. Of these, millions have been born and raised in a state different to that where their forefathers lived. Admittedly, many millions still go back to villages and towns in their (original) home states for major festivals or family occasions like marriages, births and deaths.

Thus, they keep their links alive and consider their new homes temporary. Yet, there are a few million — mainly urban-to-urban migrants or second-generation migrants (brought up in their new home city) — who identify as much with their present location as they might with the home state of their ancestors.

Overall, though, cultural roots are so deep in India that traditional identities stay embedded in each person. New identities do emerge, but are accretive, being added as a veneer atop the more basic ones. Thus, the identities of religion, caste, region and language (and, of course, gender) continue to be deeper and stronger than newer ones: birth-defined identities, in most cases, outweigh acquired ones. A person may be a manager, a footballer and a resident of Delhi, but the fact that she is a Hindu, a Brahmin, a woman, and from Uttarakhand will inevitably trump the newer identities at critical junctures.

There is a churn in society: will this obliterate or render less important the birth identities? In years to come, will identities and linkages be based more on profession, interest group and voluntary choice than on inherited ones? At one time, progressive and modern states were defined by this goal of creating new, professional identities. In some ways, this was the American ideal: migrants from everywhere with diverse origins were to be “homogenized” in the melting pot into “Americans”. More recently, global trends favour creation of “multi-cultural” societies, with diversity being recognized and celebrated, rather than submerged.

In India, we seem to have abandoned the Nehruvian goal of a casteless, secular society. The identity politics of the late 1980s led to groups and political parties based on caste and religion, reinforcing these and entrenching them as identities of pride. Region or state too has become a powerful defining identity. It is unlikely that these will be replaced by new and equally strong identities emerging from a renewed idealism based on development, equity, nation-building, empowerment, and environmental concern.

Realistically, then, while acknowledging and celebrating the diversity of caste, gender, religion and region, will we overlay these with even stronger acquired and chosen identities? Will the latter become dominant? Will we package all these together within a cling film of compassion, community and caring? As technology drives a new and — hopefully — more equitable world, will birth identities become less important and fraternity be the watchword? Maybe a next generation identity will emerge.

Kiran Karnik is a public policy analyst and author. His most recent book is ‘Decisive Decade: India 2030, Gazelle or Hippo’.