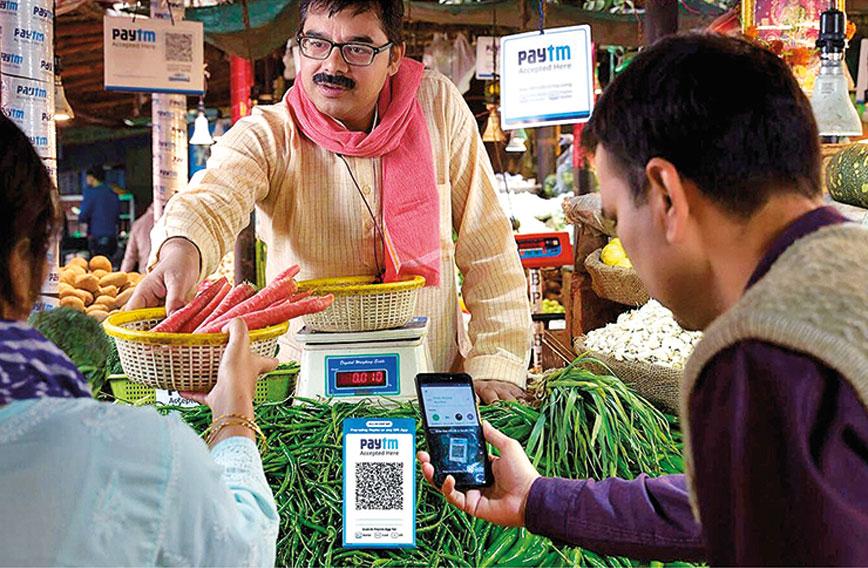 The spread of digital technology in India has been stupendous

On a digital high

Economies around the world are going through a major transition. In some, this has been slow and incremental, evolving over decades; a few are seeing revolutionary change. As Lenin said, “There are decades where nothing happens; and there are weeks where decades happen.” In India, not just decades, but for two centuries before Independence, nothing happened: the economy was stagnant, even regressing now and again. The British made sure that commodity exports were under-priced and, with the Industrial Revolution bypassing us, all manufactured goods were imported. Agriculture, the primary occupation of an overwhelming majority, was at subsistence levels and millions eked out a living just above destitution.

Independent India embarked on a process of planned economic development, but growth was painfully slow for decades. The year 1991 saw, for the first time, radical reforms which laid the base for accelerated growth, especially in the first dozen years of the new millennium. Between 2004 and 2011, the number of absolute poor declined by a massive 138 million; more importantly, according to a UNDP report, as many as 271 million were lifted out of “multi-dimensional poverty” (considered a better and more comprehensive measure than just income) in 10 years from 2005.

The last few years have witnessed sluggish economic growth. However, other changes have been dramatic, especially in the area of digital technology. Though not weeks, it’s been the years in which “decades happen”. The digital economy is yet only a small part, almost a veneer in the overall structure; however, the speed of change is amazing. One proof of this is the spread of mobile telephones — in a few years, we went from 100 million to a billion. Simultaneously, the process of moving from 2G to 3G to 4G saw steady acceleration, and now we should see 5G services being launched this year. Each new generation has brought faster data speeds and lower costs.

More importantly, new technology has enabled new services. These have been triggered by two developments. The first is the development of digital public infrastructure: not only connectivity but, more importantly, public platforms. The former, initiated through Bharat Net (which aims to take broadband fibre to over 250,000 panchayats), has now been expanded to cover all villages in the country, enabling any smartphone user to access the net. Meanwhile, open-source public platforms (like UPI, for payments, which works with Aadhaar) have spurred innovative apps. These utilize the public platforms to provide a vast array of services at, literally, the tips of one’s fingers.

The second development is innovative business models and strategies. These helped expand the mobile telecom networks, and have made costs of devices and services (including data) amongst the lowest in the world. As a result, the average Indian user, driven by hunger for content and aided by low costs, is consuming more data than those in most other countries. The comfort and understanding of using a mobile have provided a ready user base to new apps, beginning with those for payments. Apps in a wide range of other areas are leading the digital transformation of the economy.

Initially, it did seem that because of constraints on access, affordability, and ability, digital technology would touch only the upper echelons of India’s economic pyramid. However, in addition to lower costs, it is now clear that peer and self-learning about using digital devices is extremely high, falsifying assumptions about minimum levels of education required for such access. Thus, for example, use of WhatsApp for chats, messages and sending videos is now commonplace even amongst those with little schooling.

Importantly, it has become a business tool, widely used even by the poor self-employed for product or service promotion and for accepting orders, as also for receiving payments. Familiarity with payments apps became a necessity following demonetisation, especially for small vendors and hawkers. Constraints on physical interaction, and the resulting use of online means during the pandemic, served to add impetus to such business use. Clearly, digital technology is transforming the economy even at the bottom of the economic pyramid.

At the other end, “digital transformation” is now an essential part of the strategy for big corporates — and, increasingly, even for smaller ones. The advent of 5G technology, with high data speeds and minimum delays (latency), supplemented by near-instantaneous machine-to-machine communication (Internet of Things), alongside artificial intelligence and data analytics, opens up exciting opportunities. These will often require changes in processes, while enabling new services and business models.

All this will accelerate the move towards a gig economy, going beyond gig work, which is already in vogue — often out of compulsion, but increasingly as a lifestyle choice. The new economy, driven by the immense new avenues catalyzed by digital technology, will be based on less owning and more hiring or pay-per-use. This is already happening in many areas — from cars to clothes — but is set to extend to a wider range of personal as well as industrial assets. Homes, furniture, industrial machinery: all these and so much more will be on a pay-per-use model. Banks, long used to making money by lending for and against (as collateral) assets, will have to invent new business models; so also others.

The new economy — based on bits, rather than atoms — will have sharing, and not possession, at its core. The economy of atoms (physical objects) was based on ownership, an item being either with me or you. Bits (data), on the other hand, can be given or shared, and yet simultaneously be with both. Sometimes, its value increases with sharing, as with network effects. This is a radical departure from centuries of asset possessiveness. Digital technology demands a new conceptual frame and immense innovation. Prepare for a revolutionary new world!