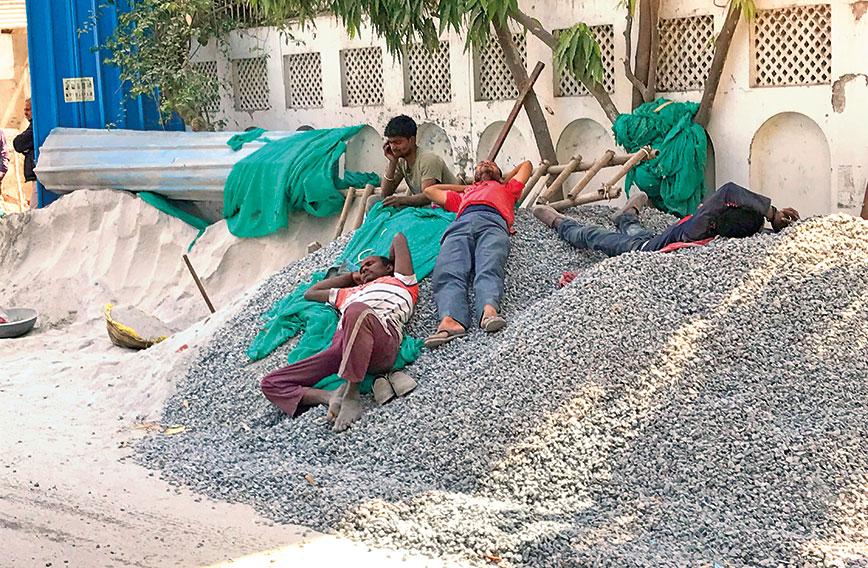 Migrants get minimal benefits and no job security

THEFTS. Street crime. Dacoities. Drugs. Gang wars. No, this is not the ad blurb for a new Bollywood potboiler; rather, it is a possible scenario of urban India in the next few years. Last month, this column had discussed the certainty of a large influx of job-seekers, mainly from eastern and central India into major industrial-commercial centres in South and West India. It noted that such migration could create social tensions and would have political implications.

These migrants would fill the demand-supply gap caused by a booming economy and an inadequate population of workers in these states, all of which have witnessed decreasing population growth rates. Industry and business will welcome this influx, as it will help control wage increases. Many of the migrants would be willing to work on a contract or temporary basis, even though this implies minimal benefits and no job or social security.

An understandable desperation to earn a livelihood to sustain themselves, plus the need to send money back to the family, will make them susceptible to both: exploitation by employers, and temptations that provide quick money. Add to this the daily physical and mental stress of urban life — including job insecurity, low wages and rising costs, commuting, problems of housing, water, and power — combined with the absence of family support, and you have a combustible mix.

These issues are in an ambience of rising inequality, ostentatious display of wealth, materialism, and the advertisement-driven creation of wants and desires. While most resist the lure of illegally making a fast buck, a few succumb to the temptation of making easy money through crime. Often, this is further driven by the need for money to buy alcohol or drugs: habits that get created by the need to at least temporarily escape from the stresses of life for the poor.

In years to come, as rapid-growth centres attract ever more migrants, these problems will multiply, and could make these cities the hubs of social strife, crime and drugs. The rich will seek to insulate themselves from problems by creating protected and self-sufficient islands, of which the gated communities of today are a prototype. This will create even greater schisms in society. Public infrastructure will degrade further, since the influential no longer use it (examples of this are the public health facilities and government/municipal schools in many parts of the country).

The poor, unable to afford the rising costs of housing, will live in shanty towns, temporary structures or over-crowded hovels and slums, often constructed on encroached land. Migrants, generally from faraway places, will tend to stay with or near those coming from the same area and sharing a common language, cuisine and culture. Inevitably, they will feel alienated from the local population. This will be amplified by the various divides: rich-poor, outsider-local, educated versus minimally schooled. These ghettoes of migrant workers could become a lumpen proletariat, available for the picking by various rabble-rousers and political parties.

Is such a dystopian scenario the only possibility? What, if anything, can be done to change the direction or speed of this seemingly inevitable vector? Over the next three or four years it will be well-nigh impossible to do a great deal, though some steps may help to alleviate the extent of the problems. However, taking a longer-term perspective, in a decade it should be possible to not only slow the downhill momentum, but to even reverse it. A few critical policies and actions that are necessary are outlined below:

We began with a dystopian scenario, a bleak future. However, this does not have to be so. Even as the regional balance is slowly corrected and more employment created in situ, migrant workers can be better integrated to culturally enrich cities that become hubs of harmony and fraternity. This, though, calls for urgent action of the type outlined above.