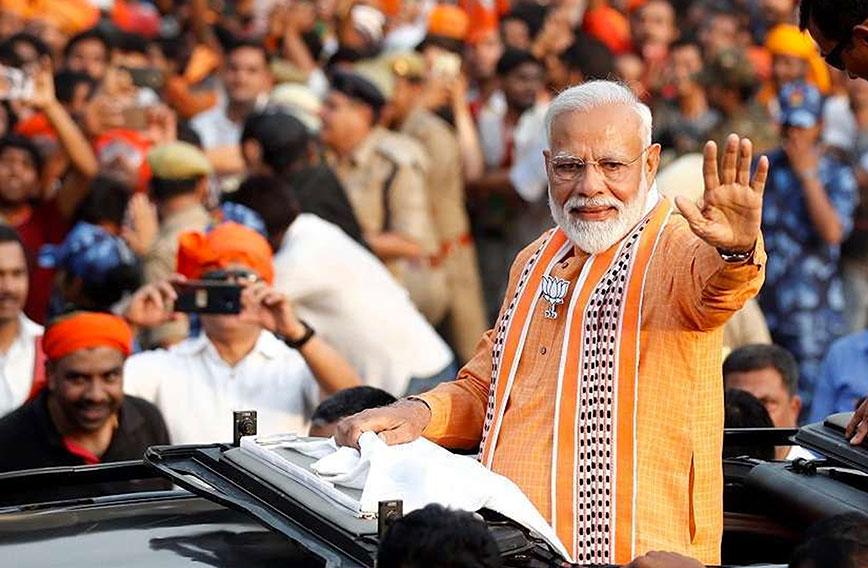 The 2024 polls will be no cakewalk

A shroud of gloom characterized the usually self-assured responses of Bharatiya Janata Party (BJP) leaders in the run-up to March 10, the day of counting for the assembly polls in five states. But, once the results were declared, the despondency had shifted back to the opposition parties. They were back to where they have been for most of the period since May 2014, save for a few occasions when opposition victories, more the exception than the rule, proffered hope amid a grim scenario.

This neat interchange of extreme sentiment is symptomatic of the binary-centric times we live in, when every response or assessment is in black or white, never in the shades in between, even though life is mostly otherwise. The verdict of these crucial elections too must be examined on the basis of the figures contained in data sheets and not on political hyperbole. Just as it was short-sighted on the part of the BJP’s adversaries to conclude that its leaders’ unease was a sign that Uttar Pradesh and Uttarakhand, at least, were ready for a change, it would be wrong to now assume that the BJP is home and dry regarding 2024.

A day after the BJP returned to its home base with a contextually extraordinary and way-beyond-expected haul in its kitty, Prime Minister Narendra Modi was back to what he is most comfortable with: campaigning for an election. On March 11, he flew into his bastion, Ahmedabad, and beamed his way through a nine-km massive road show from the airport to the BJP headquarters in Gandhinagar, continuously flashing the V-sign. It marked not just the beginning of a two-day tour to his home state, but also the soft start of the BJP campaign for assembly elections due in November-December this year. Between now and then, he is expected to visit the state at least once a month to ensure that its bid for an unprecedented sixth consecutive term does not run into rough weather the way it did in 2017, almost jeopardizing his bid for power in 2019.

A day prior to visiting the state that paved his way to premiership, Modi was at his party headquarters in Delhi. Addressing party workers, he declared that the 2022 assembly elections in four states that the BJP had won had cleared the path to 2024, an assertion for which his former associate, election and communication maverick, Prashant Kishor, mocked him. Although he did not name the prime minister, Kishor used the moniker ‘Saheb’, which has a naughty and conspiratorial ring to it. Modi’s one-time election strategist pointed out that the parliamentary polls will be contested on different terrain. Modi does know that no saga concludes prematurely or before its time. Almost a quarter of a century ago he had told me, and I quoted him in the biography I wrote, that “full stops” come only when due or when “willed”, while gesturing skywards.

Not just ‘Saheb’, but anyone who perused the detailed results or examined the only empirical dataset on voter behaviour and analysis of the verdict — the usual post-poll survey by the Centre for the Study of Developing Societies — is aware that these elections were much closer than apparent. Consider these factors: the BJP vote share in the most consequential state, UP, declined from the level it touched in 2019 and the number of assembly seats it won in 2017, satisfaction over performance of the Centre was higher than for the party’s state governments, and there was just a five percent difference between the desire for ‘change’ and for the incumbent to return and this gap was chiefly because of the challenger’s inability to consolidate and augment the pro-change vote.

Even if one casts aside the argument of the party’s critics that the BJP failed to get the support of 80 percent of the electorate, as the UP chief minister contentiously claimed, the ultimate outcome is not really comforting. That India is a first-past-the-post system is a reality. There is no escaping that reaching the absolute value on the index of opposition unity is near impossible and, consequently, there will always be a significant division of the anti-BJP vote. But, as the results show, the BJP has now reached a plateau of sorts. Going beyond this mark, even holding on to these levels, depends on unexpected developments that can be electorally harnessed by Modi, as with the Pulwama-Balakot events in 2019. Modi knows, more than anyone else, that 2024 will be no cakewalk and his decision to start campaigning immediately indicates this.

The BJP success in four states is all the more significant because it was the first set of polls after the brutal second wave of the pandemic, that only exacerbated the difficulties faced during the first wave which forced the largest post-independence migration and sent millions out of jobs. They are now dependent on dole in the form of free rations which has become an albatross of sorts around Modi’s neck. For the BJP, the most noteworthy takeaway from these polls is that people’s electoral choice was not made on the basis of their material situation and personal misery. But will this sentiment be limitless? This calculation is always uncertain and during the campaign, senior BJP leaders were unsure if voters would actually be sparing towards the party. This is evident from two disparate interventions made by them in the course of the campaign.

The first was the response of the BJP leaders to the agitation by those aspiring for railway jobs that spread like wildfire through UP and Bihar in January. Quite at odds with the Modi government which projects the image of being led by an unbending leader, the railways minister immediately called for reconciliation and constituted a committee to examine the concerns and demands of the aspirants. The issue was also flagged by leaders within the BJP, notably the former Bihar deputy chief minister, Sushil Modi, but without aggravating it and with a tone of seeking a solution. Eventually, the demands of the examinees were accepted and this was notified on the day of the electoral verdict.

Likewise, a reconciliatory approach was displayed even on a crucial issue linked to the Hindutva agenda and this was personally assured by Modi. Midway through the campaign, as the polls in UP headed eastwards, where the problem of stray cattle arising out of the Yogi Adityanath government’s crackdown against cattle slaughter is greater, Modi acknowledged having made a mistake in not controlling the chief minister’s exuberance. Modi did not name Adityanath, but accepted in a public meeting that he was aware the people faced extensive damage to their crops on account of “chutta janvar” and that the state government would roll out a new policy on cattle. The BJP will certainly not promise to loosen the leash on an issue that was part of the party’s systemic efforts to create an impression that its initiatives were aimed at ‘inconveniencing’ (thereby ‘fixing’) Muslims. Despite this small concession on a core issue, the BJP received the unwavering support of Hindus — possibly because more Hindu farmers were hit by the menace of stray cattle. Sample this data from the CSDS finding: out of the sample it surveyed, 54 percent of Hindus voted for the BJP — up from 47 percent in 2017. In contrast, only 26 percent of Hindus who participated in the survey voted for the Samajwadi Party although their numbers were up from 19 percent in the previous assembly polls. Reverse polarization levels were even higher — in constituencies where Muslims were 40 percent or upwards of the total voters, an astounding 69 percent of Hindus aligned behind the BJP, although the SP secured encouraging backing from all Hindu castes in seats with less than 10 percent of Muslims.

The solidification of the Hindu vote in favour of the BJP in Uttar Pradesh and other heartland and western India states may be good news for the party, but will paradoxically work against it in regions where people are not as supportive of Hindutva politics. This points to the possibility of not just a vertical plateau but a horizontal limit too, to the party’s expansion. Over the past several years, the BJP has been trapped in this quagmire — polarization works to its advantage in states dominated by its core constituency but at the same time has the capacity to alienate voters in states where support for Hindutva is not as strong.

In addition, the electoral verdict throws up a challenge for the BJP in the further shrinking of the Congress and the rise of the Aam Aadmi Party (AAP). Dynasticism and the politics of appeasement of religious minorities (read Muslims) are the party’s main charges against all opposition parties. These two get blunted in the case of the post-ideology Arvind Kejriwal-led AAP because it does not take positions on contentious issues pertaining to minority rights and concerns. But, to ensure that it does not get estranged from middle-of-the-path secular Indians, AAP continues to pledge adherence to India’s pluralistic tradition, more reassuringly than the BJP leadership. With AAP’s spectacular rise in Punjab, a development that certainly marks the beginning of the party’s geo-political expansion, the pitch is certain to get queered for the BJP and Modi in the run-up to 2024.

In the immediate term, the party will face electoral challenges in Gujarat and Himachal Pradesh later this year while next year there will be keen contests in April-May in Karnataka where its incumbent’s handicap is further weighted by a none-too-inspiring state leadership. Additionally, there are the numerically significant states of Madhya Pradesh, Rajasthan and Chhattisgarh towards the end of 2023 besides the northeastern states of Meghalaya, Mizoram, Nagaland and Tripura at various times next year. Besides electoral and political challenges, the BJP has to contend with a possible rise in the sense of deficit in governance and the volatile international scenario. Modi loves challenges but in the quiet of the night even he may sense within himself that he has more than a plateful.

The writer is an NCR-based author and journalist. His latest book is The Demolition and the Verdict: Ayodhya and the Project to Reconfigure India. His other books include The RSS: Icons of the Indian Right and Narendra Modi: The Man, The Times. He tweets at @NilanjanUdwin