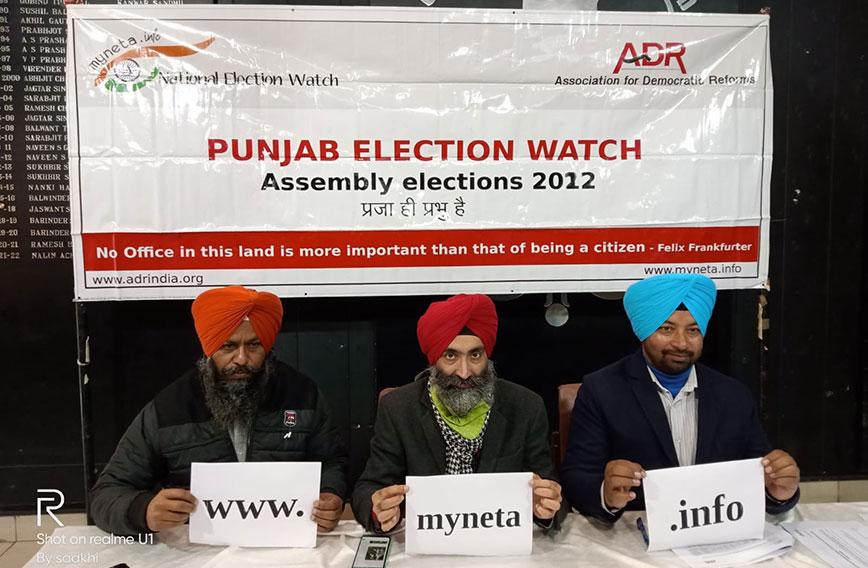 Of the 3,547 candidates who stood for election to the Vidhan Sabha and Lok Sabha in Punjab between 2004 and 2019, as many as 11 percent had criminal cases against them and 6 percent faced serious criminal charges.

These are the findings of the Association for Democratic Reforms (ADR) and Punjab Election Watch based on an analysis of the election affidavits filed by these candidates with the Election Commission.

ADR has been collecting candidate information and analyzing it since the 1999 PIL in the Supreme Court for transparency in elections and the 2003 judgement for filing of affidavits by candidates declaring assets and detailing particulars regarding pending criminal cases. All of the affidavit data can be found at myneta.info.

“We have been releasing summary reports of the affidavit information every election. We decided that since we have been tracking such information since 2004 in Punjab, we can analyze and find any trends or patterns across the data,” says Jaskirat Singh, trustee of ADR.

The report, Analysis of Criminal and Financial Background Details of Candidates and MPs/MLAs since 2004 in Punjab, analyzes the background of candidates.

"It is very interesting that in the analysis of winnability of clean vs tainted candidates the report shows that there are only 11 percent chances of winning an election for those with a clean record while it is 18 percent for those with criminal records," says Parvinder Singh Kittna of Punjab Election Watch.

For the SAD, 29 or 20 percent of its 142 MPs and MLAs had criminal cases pending against them of which 13 or 9 percent faced serious charges.

For the BJP, four out of 42 MPs and MLAs elected had cases pending against them and two had serious cases. For AAP, it was three out of 24 with one serious criminal case.

The average financial assets declared by candidates was Rs 3.5 crore whereas the average assets of elected MPs and MLAs in the time period was Rs 11.42 crore.

A party-wise analysis of the financial assets of candidates shows that for Congress the average is at Rs 10.86 crore. The BJP candidates have declared average assets of Rs17.82 crore, the Akali Dal  Rs 9.33 crore and Independent candidates Rs1.05 crore.

"Analysis of the data has revealed that money power and muscle power have a large bearing on the outcome of the election results in Punjab,” remarks Jaskirat Singh.