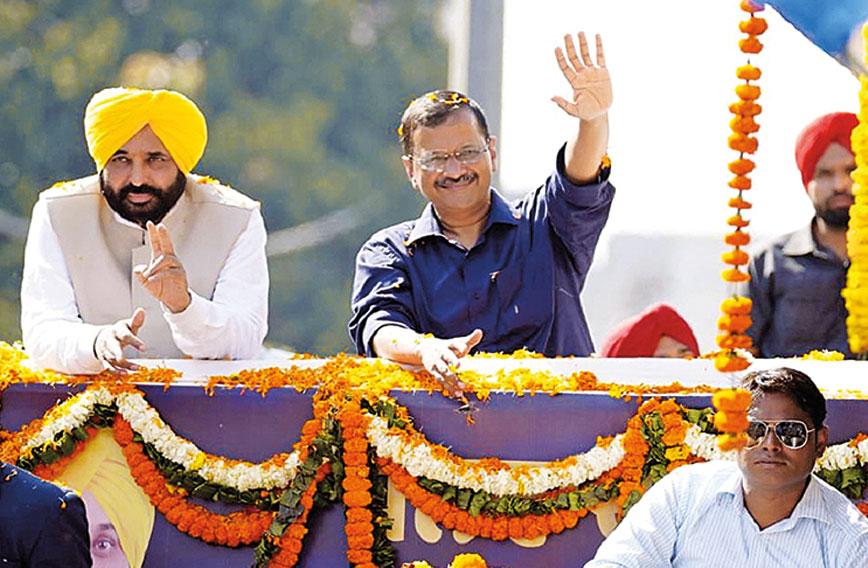 Punjab activists have a list for the Aam Aadmi Party

ACTIVISTS in Punjab have a long list of demands for the Aam Aadmi Party (AAP) government as it assumes office in the state.

The party has been swept to power with a thumping majority on the promise that it will bring freshness and accountability into governance and address the needs of citizens.

Activists, on their part, have expectations that the AAP government will pay heed to their concerns regarding the environment, agriculture, water bodies, reckless urbanization and the wilful behaviour of industry.

In the past, governments of the Congress and the Akali Dal have done little or nothing to address these concerns. The allegation is that both parties were complicit with vested interests and the administration under them couldn’t be held accountable.

Since AAP has offered itself as an alternative, the hope is that it will show greater resolve and deploy the technical and administrative talent which can take up issues that the older parties either couldn’t understand or just chose to ignore because they were in conflict with their bases of support.

A typical issue on which action is sought is the Buddha Nullah, which flows through Ludhiana. Waste from dyeing units and dairies and sewage from homes enter the nullah which further contaminates the Sutlej, which is  the source of water for people downstream.

Environmentally conscious residents of Ludhiana have been asking the Punjab government to act in this matter by getting industries and dairies to treat their waste. They also want sewage to be treated separately.

After much effort, a Rs 650-crore plan was sanctioned, but citizen groups say it is headed by a civil engineer who doesn’t have the competence to deal with matters of environmental engineering. The implementation of the plan, they say, is also shrouded in bureaucratic secrecy.

The Buddha Nullah is an example of how pollution has been increasing in Punjab. Urbanization has been unregulated and industrial units have been allowed to come up without adequate planning.

The Mattewara Textile Park is another focal point of concern. There are objections to locating the park close to forested areas and further contaminating the Sutlej. Activists want the park shifted.

Activists have also been fervently pleading for the setting up of clean industries that do not draw on Punjab’s already stressed natural reserves. 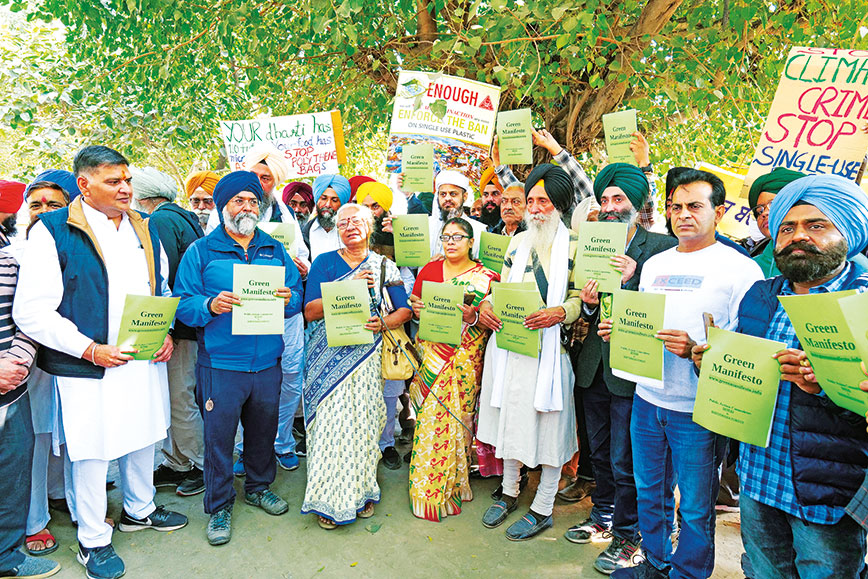 “Punjab needs more clean industries that do not damage its water reserves and environment and that therefore protect the health of its citizens. What will your government do to improve industrial policy so that we discourage polluting industries and encourage clean industries,” says a green manifesto presented to parties before the elections and which now represents the expectation from the AAP government.

Citizen groups which had been working on several issues had organized themselves before the elections to draft green manifestoes which were then handed over to different parties.

The issues are varied, but there are common concerns over the lack of water-harvesting, poor agricultural practices, the depleting groundwater table, the diminishing of tree cover in the state and rampant industrial pollution.

The overarching concern is that Punjab’s development model is destructive and falsely pursued in the name of progress.

Garbage disposal and landfills are also a concern with cities in Punjab producing approximately 4,300 tonnes of waste daily.

A manifesto signed by several organizations says: “The befooling of Punjabis by marketing destruction as progress and promoting a model of development which is polluting and damaging to our precious natural resources like water and air is costing us dearly in terms of health.”

The activists haven’t been mincing their words. They have accused the Punjab Pollution Control Board of corruption and would like to see the AAP government implement environment-related projects with transparency and accountability.

For all its potential, Punjab is a troubled state. The decision to vote for AAP stems from deep disappointment with the performance of both the Congress and the Akalis. Expectations of the new government are high because it comes with the promise of development above narrow political interests.

For AAP, on the other hand, the challenge is in governing a large and complex state and dealing with a long legacy of issues which predecessor governments have left. Listening to citizen groups and prioritizing its agenda accordingly would be the new government’s best hope of quickly addressing the concerns that matter to ordinary people. Involving citizen groups in taking the government’s work forward will be equally important.