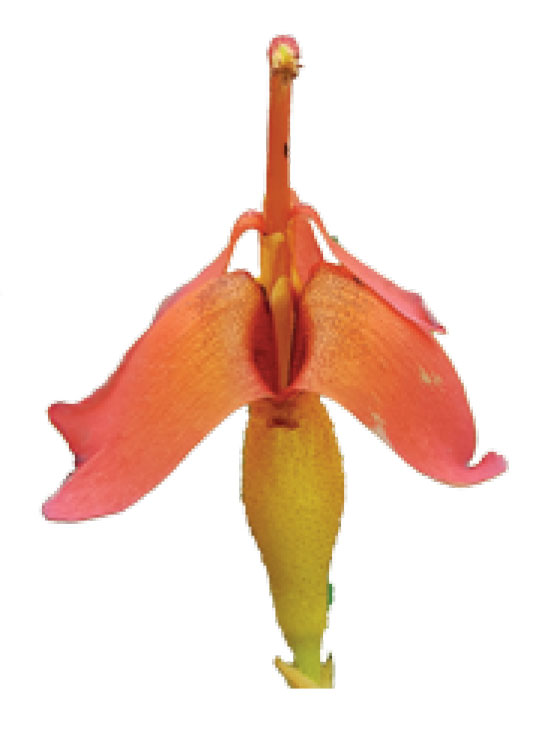 Helicteresisora L. or the East Indian Screw Tree is a handy shrub with delightful flowers and dense foliage. The fruit of this shrub is popularly known as screw fruit. It is also a well-known medicinal plant used by several ethnic communities in our country for renal complaints and fever.

The screw tree is very versatile in its adaptability to different soils. It can be planted in the sun or shade between buildings. It is generally a pest- and disease-free species which tolerates drier and hotter conditions. It can be grown in large gardens where there is less proximity to water.

The screw tree has beautiful scarlet, erect flowers that look like tiny birds resting on slender branches. It flowers profusely through the year. A single shrub specimen can be planted in expansive lawns. This shrub species cannot be maintained as clipped hedges. Rather, it can be planted intermittently in regular or irregular rows. Planting it near a path or patio or near a water body will make your outdoors look delightful! 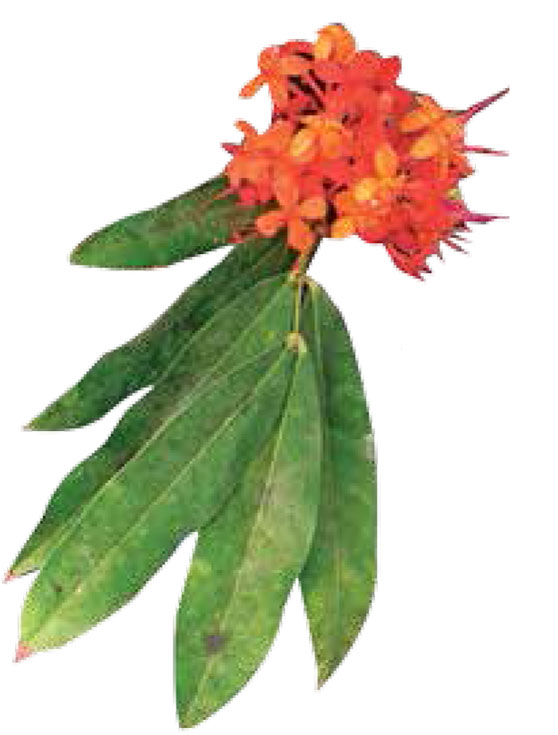 Saracaasoca (Roxb) de Wilde or the Ashoka tree is an important indigenous plant which is used in traditional medicine for its gynaecological and wound healing properties. The Ashoka tree is a sacred, legendary tree. Ashoka means sorrowless, according to the Ramayana. An Ashoka Vatika is also mentioned where Sita was held captive by Ravana. It is also said that the image of the Ashoka tree is sculpted in the ancient Buddhist temples of Ranchi and Mathura. The Ashoka is a handsome evergreen tree which can thrive in the hills and the plains. It prefers full to partial sunlight. Since the tree provides plenty of shade, it is ideal for planting along avenues.

The Ashoka is also prized in gardens for its beautiful deep green foliage and densely clustered mildly fragrant flowers which are  bright orange-yellow and become scarlet. The tree and its flowers attract bees, butterflies and birds, making gardens a lively environment. 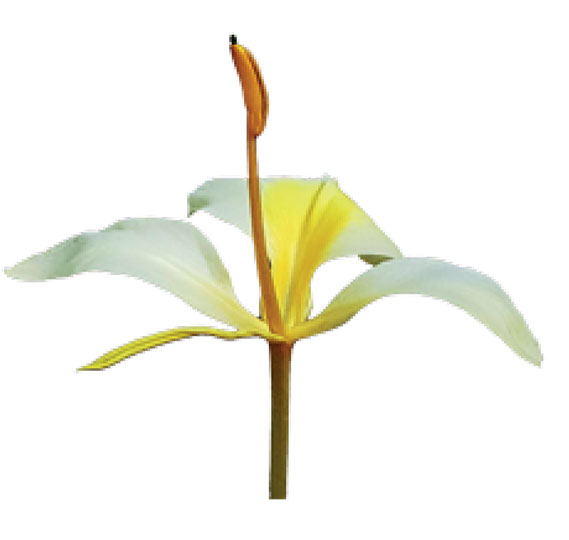 The most desirable plants for gardening for most people are either those with bright flowers or with glorious aroma. Ginger lilies (Hedychium flavescens) fulfil both criteria — they have splendid fragrance and glamorous flowers. That’s why ginger lilies are one of the most popular choices of plant lovers.

Ginger lilies, also known as butterfly lilies, have medicinal properties. The plant’s rhizomes are used to relieve flatulence, cure fever, as a tonic and a stimulant. Rhizome paste is applied to bruises and sprains.

The flowers are white or sulphur yellow or red-tinged, large and showy, up to 10 cm long. The flowers appear atop dense spikes and resemble butterflies, hence the name butterfly lilies.

Ginger lilies can be planted in full sun or partial shade. The soil should be well-drained and enriched with humus. It is reported that this species can thrive even in 0 to -50C; hence it can be grown in any climatic condition in India.

This plant can be raised in front of windows or as borders in gardens. Ginger lilies are best planted near living rooms as the fragrance from the flowers wafts in through the windows. Its dark green foliage forms a great background to any landscape. It can be kept on staircases or in the decks in front of houses. Ginger lilies look stunning when planted along water bodies. The plant is a great addition to your collection of aromatics. 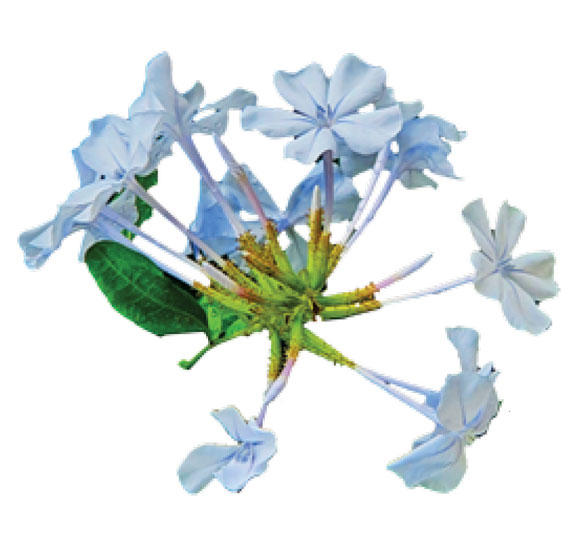 The genus Plumbago comprises over 15 species belonging to the flowering plants family of Plumbaginaceae. This genus varies from small, herbaceous plants to comparatively sturdy shrubs. Amongst 15 species distributed throughout the world, Plumbago zeylanica (white-flowered), P. capensis (blue-flowered) and P. rosea (red-flowered) are extensively planted in the Indian subcontinent. The  Plumbago species are traditionally used to treat warts, broken bones and wounds.

The Plumbago species have versatile behaviour, hence they can be planted in any element of landscaping such as lines, forms, intermittent spheres and flowering ground waves. These fast-growing plants can be used along borders and foundation plantings.

A mix of  P. zeylanica, P. capensis and P. rosea makes beds in gardens very colourful. These are also excellent background or filler plants. Plumbago can be pruned as a formal hedge or it can be maintained as irregular clumps for a spectacular wild look. The Plumbago species planted in pots in a porch or patio looks pretty since the showers of flowers droop down. Plumbago flowers profusely in mid-November, throughout summer and in March. Plumbago is a tough and drought tolerant plant. It grows in poor soil, in exposed sunny areas and in partial shady areas. Plumbago is also a centre of attraction for certain species of butterflies  especially the Blue Butterfly. 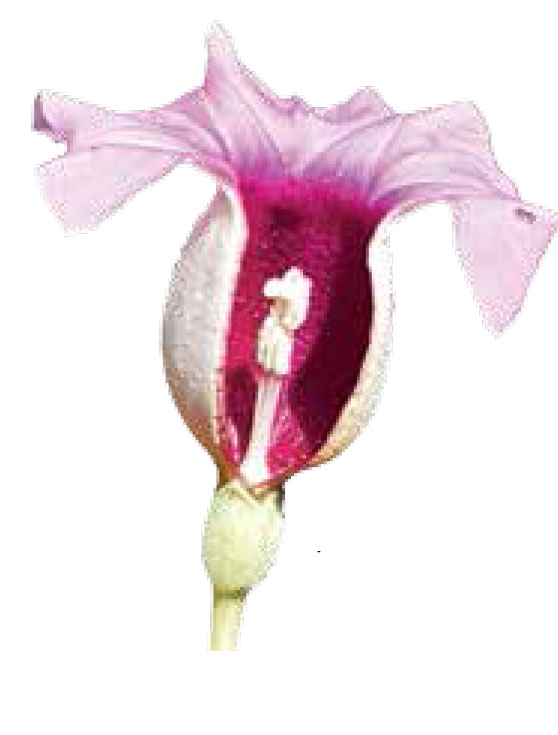 The elephant creeper or Argyreia nervosa (Burm.f) Boj. is a medicinal plant used to treat nervous disorders. It is also an ornamental creeper that can bring height, dimension, colour and shade to gardens.

The elephant creeper is a lovely climber with shiny stems and crowded leaves and large, pinkish-purple flowers which are soft to touch because of the presence of velvety hair.

The elephant creeper is a lovely climber with shiny stems and crowded leaves and large, pinkish-purple flowers which are soft to touch because of the presence of velvety hair.

This species enjoys warmer temperatures and is tolerant of arid conditions. It is  usually planted in open sun or partial shade. The elephant creeper is a vigorous, fast-growing climber which reaches up to 15 m. Since it’s a heavy climber it needs strong support and should not be planted with other slender vines. It sprawls across  compound walls and gives houses a natural look. Installing a 10 m to 15 m strong support for this excellent climber will help it reach the top and become the centre of attraction.

This handsome climber can also be grown on top of a roof. It will then hang down, lending a bright, wild look to the building. It can also cover up unsightly buildings and  parking areas and provide shade to outdoor dining spots.