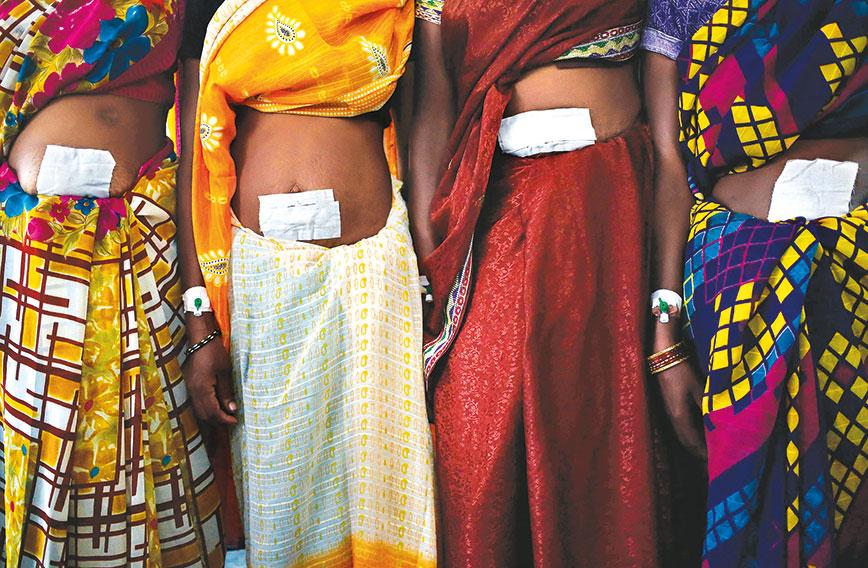 Fertility decisions should be rightly left to women 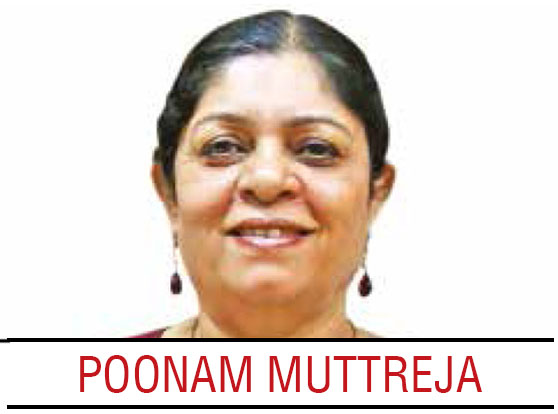 In 2022, headlines across the world will announce that India has overtaken China to become the most populous country on the planet. The question to ask is: so what? The excitement or concern cannot be about population but the opportunities and freedoms that women and men enjoy. This alone will define the demographic advantage India has — or hasn’t.

Can India do as well, if not better, than China? The answer is not clear when we look at the differences between China and India on health, and in particular reproductive health indicators. China reports an infant mortality rate of 12; India of 37 deaths per 1,000 live births. China reports a maternal mortality rate of 27 deaths per 100,000 live births, India of 130. Only 6 percent of babies born in China are of low birth weight. The corresponding proportion is 28 percent in India.  China reports a stunting rate of 8 percent among children under the age of five years; India of 38 percent.

Clearly, the investments that China has made in enhancing the capabilities of its people are far more than what India has done. There is a lesson in this.  If India wants to take advantage of its young population, it needs to urgently and massively step up investments in improving health, nutrition, and social conditions.

What accounts for this? It is progress along many critical indicators impacting sexual and reproductive health — child survival, age at marriage, literacy and education, women’s agency and empowerment, fertility, maternity and delivery care, and awareness of contraceptive methods.

In 2005-06, for instance, nearly half (47 percent) of girls were getting married below the age of 18 years. By 2015-16, this proportion had fallen to 27 percent. Maternal mortality deaths have nearly halved from 254 per 100,000 live births in 2004-06 to 130 in 2014-16. This is a clear reflection of the success of the State’s efforts in promoting women’s health through initiatives such as the National Health Mission and in particular the Janani Suraksha Yojana that has encouraged women to give birth in institutions under the care of trained medical practitioners.

Underlying this overall positive story, however, is a sad reality. Young Indian girls and women remain denied many freedoms and opportunities. The shockingly low proportion of women in India’s population and of children below the age of seven (captured by the adverse sex ratio) is a reminder of the strong anti-female biases and gender discrimination that is still prevalent in our society.

India could be making much faster progress on the population front if women are further empowered to exercise choice and freedom especially in matters relating to reproductive health and rights. Recent evidence from the National Family Health Survey (NFHS) of 2015-16 reveals a large unmet need (13 percent) among currently married women for family planning. This includes 6 percent who had an unmet need for spacing births and 7 percent who had an unmet need for limiting births.

This is because a majority of Indian women do not have enough say or control over their fertility decisions. Many women do not want to become pregnant but, for many reasons, are not using or able to use appropriate contraception. For instance, as against a wanted fertility rate of 1.8, the actual fertility rate is 2.2. This may be due to limited women’s agency and autonomy with regard to decision-making on contraceptive use.

Over the 10-year period between 2005-06 and 2015-16, the use of any modern method of family planning declined, even though marginally, for India as a whole and in 17 of the 28 states. Also, wide disparities and inequities in women’s access to reproductive healthcare continue to persist. Access to health services still depends upon where one lives, how educated or rich one is, and to which community one belongs. Access to family planning, for instance, is extremely limited for women who are the poorest and most vulnerable and those who belong to socially disadvantaged communities.

The shoddy treatment meted out to such women especially during family planning camps is shocking.  For instance, in the Bilaspur sterilisation tragedy in 2017, four of the 13 women who died belonged to Scheduled Castes, two were from the Scheduled Tribes, and the remaining were from the OBCs. Similarly, the fact-finding visit in 2010 by the Population Foundation of India (PFI) to Barwani following 26 maternal deaths over a period of eight months revealed that 21 of the 26 women belonged to Scheduled Tribes. Clearly, much needs to be done to improve the access of the poorest and most deprived to healthcare.

A large burden of family planning falls on women, not on men. Between 2005-06 and 2015-16, there has been a marginal decline in the use of female sterilisation — down from 38 to 36 percent and in the use of the intrauterine device (IUD) as well. The proportion of men who use condoms is shockingly low — less than six percent in 2015-16. Again, regrettably, male sterilisation, which has always been low, fell further from 1 percent in 2005-06 to 0.3 percent in 2015-16.

While the reduction in the share of female sterilisation, however small, is welcome, the drop in male sterilisation is a matter of concern. Clearly, the higher cash incentives offered for sterilisation by the Government of India to men than women is not making much of a difference. The rise in abortion is another cause for worry in the family welfare programme as this could be attributed to an increase in unplanned pregnancies.

Failure to take action in family planning affects both women and men, not only in terms of the ability to plan their families but also in their overall well-being. This includes their ability to continue the education of children and participate in the workforce, and affects their overall earnings as well as determines the use of health services. What we really need to recognise is that there are often complementarities among different actions and that resources are limited.

Had India achieved the goals of the National Population Policy 2000, the country would have averted many unintended pregnancies. The adverse public health impact of these as well as closely spaced pregnancies has manifested itself in high maternal and child morbidity and mortality with overall poor health outcomes.

Universal access to contraception is a priority target for the achievement of the Sustainable Development Goals (SDGs). According to the Post-2015 Consensus, this represents the best value for money. If India has to meet commitments to the SDGs, it is imperative that women’s health and family planning receive priority focus. India will also need to expand the basket of contraceptive choices available to families. Only recently, in 2015, has the ministry of health and family welfare introduced three new modern methods in the national family planning programme: injectable contraceptives, progestin-only pills and centchroman.

Young people, especially women, must have a say in decisions relating to their reproductive and sexual health. We should note that access to family planning is likely to have an economic impact for families that extends beyond the reductions in fertility and improvements in health to many other aspects of their lives. Having the freedom to plan one’s family is a matter of women’s rights and gender justice — of treating women equally and with dignity.

Male participation should not mean that women’s decision-making powers are encumbered, and women are forced to accept the choices men make. Studies reveal that men often control contraception decision-making and decision of contraception of female partners, particularly in the context of prevalence of intimate partner violence. This can impede contraceptive use as well as increase risk of  contraceptive failure. Male participation is about being responsible and respecting equality rather than just about decision-making. It should extend to the role of men as enablers and beneficiaries in the process of ensuring dignity, equal voice, and reproductive rights for women.

The stranglehold of adverse social norms is an under-recognised impediment to the advancement of women’s health. For instance, despite the impressive increase in per capita incomes over the past decade, the proportion of women who agreed that the husband is justified in beating his wife
fell only marginally from 54 percent in 2005-06 to 52 percent in 2015-16. We need to focus on strengthening communications for behaviour change, engaging with the audience, and above all, on creating an enabling environment for change to take place.

This is substantiated by Population Foundation of India’s experience in leveraging the power of entertainment education to change social norms through its trans-media initiative, Main Kuch Bhi Kar Sakti Hoon (I, A Woman, Can Achieve Anything).  Apart from the telecast cumulatively reaching close to 400 million, the series has triggered conversations (and change) in homes, local communities and the media on women’s sexual and reproductive health, their rights and domestic violence.

In the ultimate analysis, however, women’s health is not only about technical solutions, increasing the availability of contraception methods, or attempting to change people’s perceptions and awareness. It is about women’s agency, choice, and above all, the quality of reproductive health services. We need to address the systemic and structural factors that deny women their freedoms. As India moves towards providing universal health coverage under the new National Health Policy (NHP), the government should give a big push to ensure that services reach every home in every remote corner so that ‘Health for All’ becomes a reality.