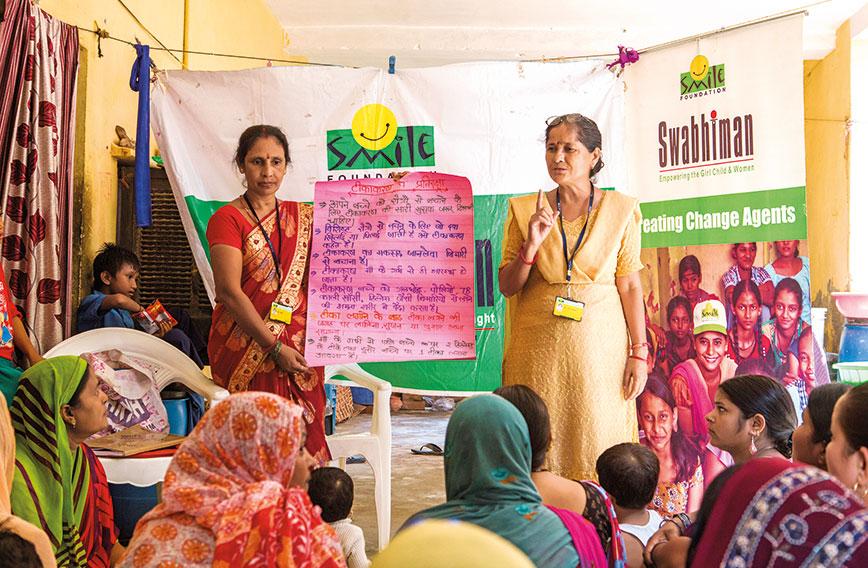 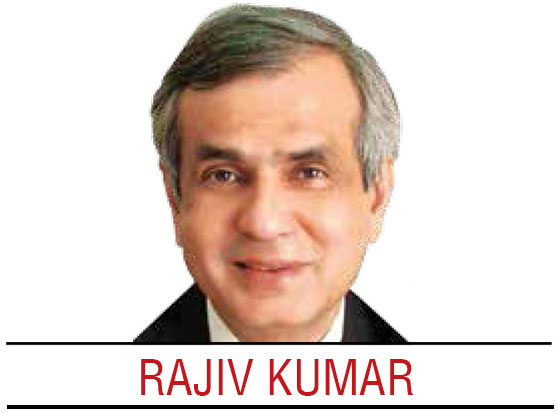 I would like to imagine the voluntary sector in India as an ocean of creativity and endeavour across the vast spectrum of economic and social activity that touches the lives of nearly all Indians in one way or the other.

As a young boy in Lucknow, during the late 1950s and ’60s, I used to participate in ‘sports competitions’ organised by local Puja committees. I once even participated in the Ramlila organised by one of the Kumaon Parishads. These truly voluntary efforts, organised year after year, reinforced social capital and contributed to the syncretic culture of the city by bringing together children from all communities to participate in local ‘competitions’. I am sure this continues today.

The reach of the voluntary sector extends from such local efforts to running health services for islands in the mighty Brahmaputra, setting up a public health system for the indigenous people of Gadchiroli in north Maharashtra, putting in place a chain of a thousand primary and secondary schools and organising small and marginal farmers in hill districts for improving yields and lowering costs.

Voluntary activities have complemented and very often filled the yawning gap left by the government and the corporate sector not only in the delivery of public services but also in livelihood generation and building of critically needed public assets.

Livelihood training, nutrition for children and women, innovations in agricultural practices,  taking care of leprosy-affected people and the disabled, environmental protection, making cities safe for women and children, pushing for legislation for causes ignored by political processes, making our villages drought-proof…there is an unending inventory of voluntary sector contributions to India’s ongoing economic and social transition.

Volunteers, through sheer commitment, creativity and conscientious effort, have bolstered our institutions in a myriad ways, some almost imperceptible in the public domain. Activists in the voluntary sector have, for the most part, carried on not for recognition but because of their passion. No incentive structure, pecuniary or festooned with accolades, could have produced the dedication, diligence and drive that has often characterised this sector.

But there is still a vast number of activists ‘waiting to be discovered’. Arun Maira, another quasi-volunteer in his several  avatars, once described them as ‘fireflies’ who are hidden behind innumerable social sub-systems and make these spaces more bearable and often even beautiful. This was in a conversation in 2005 when we were together hosting and interacting with the visiting team of ‘seekers of social change’ under the aegis of the International Futures Forum.

While wholeheartedly agreeing with Arun on his characterisation of voluntary sector activists, I had a minor technical disagreement. Fireflies, I had pointed out, shine only in the last short phase of their life. But voluntary activists sustain their efforts over long periods of time. The issue,  we had all agreed, was to somehow bring together these ‘fireflies’ so that they could illuminate a much larger space that could then be visible to all and serve as an exemplar to others. Civil Society magazine, in print and on the Internet, serves the necessary role of reporting on these activists so that their efforts and successes can be visible and available to all those who would like to emulate them but don’t really know where to start.

But, as with all social phenomena, the voluntary sector, unfortunately, also has its unsavoury side. It has grown in different directions and gone through several mutations. It has grown out of all proportions in terms of sheer numbers today. Recent estimates put the number of ‘registered’ civil society organisations, commonly referred to as non-government organisations or NGOs, in the country at an incredible two million or one for 600 Indians. Their number is surely larger than schools, colleges, primary health centres and hospitals put together! To my mind, this must  be by far the highest number anywhere in the world.

The humungous number of CSOs in India must prompt us to question the very purpose and credibility of these entities that have virtually spawned into a thriving cottage industry. An attempt was made as early as the mid-1980s to bring some order and a light-handed regulatory compliance for this sector when it was first discussed in the Seventh Five Year Plan document. Unfortunately, this attempt to regulate and cleanse the sector of its black sheep, which some argue could well be in a majority, came to no avail.

It is fairly well established that today a very large number of ‘shadow units’ exist in the voluntary sector. They exist only on paper, but with complete up-to-date financial, regulatory and activity records. They are put to the rather distasteful use of laundering ill-gotten money or even acting as conduits for cash to finance anti-national activities or left-wing extremism.

A standard practice is to ‘buy’ a readymade CSO with complete compliance documentation as a cover for generation of unaccounted incomes in the past. ‘In-house CSOs’ are often used to claim credit for CSR activities, on which it has now been made mandatory to spend three percent of corporate profits, without actually incurring the expenditure. Some are used as front organisations for political formations that challenge the Indian Constitution and threaten to overthrow the republic by fair means or foul.

Therefore, platforms like Civil Society should, in my view, lead a campaign to rid the voluntary sector of its black sheep. This would be a major contribution because the sector, with its credibility and legitimacy duly restored, could play a critical role in protecting and indeed strengthening our democratic institutions.

This would, in effect, imply a movement for self-regulation and soul-searching within the voluntary sector. A course correction could not come at a better time. Society is in the throes of rapid and raucous transition along many dimensions. Ongoing urbanisation is breaking down any remaining bonds of kith and kin that could be relied upon to provide social stability and behavioural norms. There is inter-state migration, generally from the northern, eastern and northeastern states to states in the west and south of India. Also, there is upward mobility with the neo middle-class struggling to find its bearings in new environments. The youth and young employment seekers are impatient as ground realities often don’t meet their high aspirations.

In these turbulent times CSOs can play a critically important and positive role. But to be able to do so, they must first and foremost establish their own legitimacy and credibility in the public domain. Without such credibility, their ability to intervene in the evolving social situation and promote non-sectarian, non-communal and non-discriminatory dialogue is rendered very marginal.

We will lose an important segment of our polity and social fabric if we permit the voluntary sector to be obliterated. Not only does the sector prop up the public delivery system with its leakages and vested interests, it has the potential to keep an eye on the media, which in recent years has somewhat dismantled its standard operating procedures. But to be able to do that, the voluntary sector must burnish its own credentials by deep introspection, diagnosis and self-remedy. It will be impractical and perhaps dysfunctional in the medium term to expect or ask state governments to supervise and regulate the sector.

The NITI Aayog has followed up on the implementation of re-registering CSOs with their PAN card numbers and Aadhaar numbers of their promoters on its Darpan online portal. At last count only about 43,000 CSOs had availed of this opportunity.

Registering on Darpan has been made a necessary condition to receive any government funding for the voluntary sector. Given the relative lack of enthusiasm for registration, one must assume that financial resources are certainly not a binding constraint on the voluntary sector.

With the mandatory CSR requirement becoming the new normal in corporate behaviour, an expected Rs 20,000 crore is slated to flow into this sector. The government has taken some necessary steps to try and curtail the flow of ‘dubious foreign funds’ to this sector. This has been done principally on security grounds. Unfortunately, as often happens, some ‘genuine’ and well-performing organisations may also have been affected.  This, once again, underlines the need for self-regulation.

Increasing globalisation is making this world a fiercely competitive village. Only those nations will rise which have all their stakeholders pulling in the same direction with effective convergence on national interests. This will require building strong bonds of trust and bringing all stakeholders together with their diversity and varied world views.

The voluntary sector has often acted as the balm to overcome strong antagonism. I saw and participated in this action in the wake of the 1984 riots. Others have done so across the country at different times. But the need of the hour is for the voluntary sector to provide the glue that will hold divergent views and various stakeholders together as India continues with its efforts to regain its position in the global community.

By building trust across dividing lines of all hues and shades and across the spectrum of social formations, the voluntary sector is destined to play an increasingly important role in the rise of Shreshta Hindustan.

Without a fully legitimised, credible, resonant and vibrant voluntary sector, India cannot hope to ensure that its democratic institutions continue to flourish, its people receive their material dues
and all of us, each one of us, is guaranteed her or his liberty and freedom to choose and lead our lives as we wish to, while constantly serving the national cause.