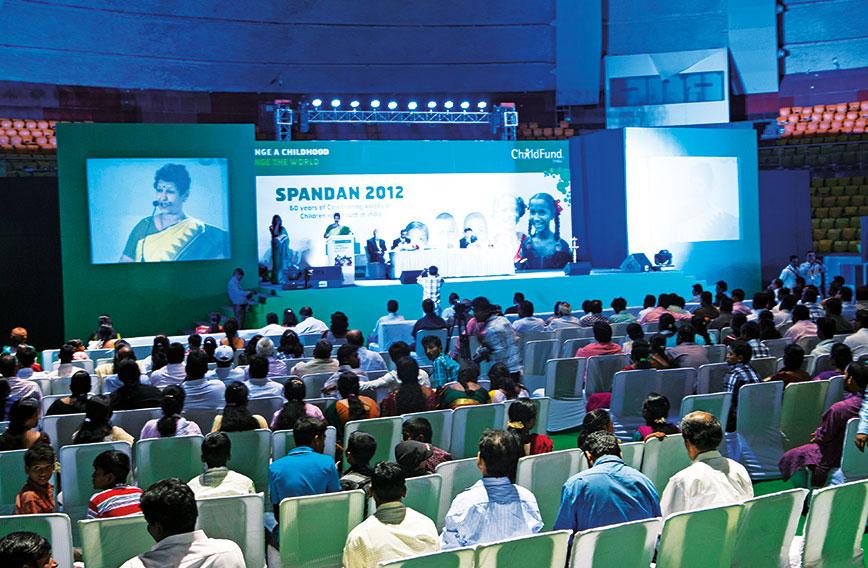 CSOs shouldn’t try to be like companies in scaling up 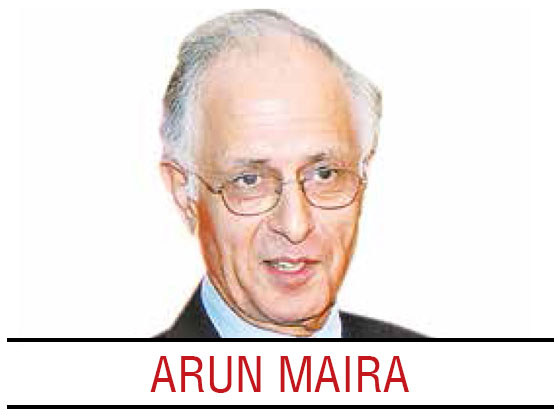 Shortly after he launched Civil Society, Umesh Anand asked me to write a book to introduce ‘civil society’ to business leaders. The book I wrote, Transforming Capitalism: Business Leadership to Improve the World for Everyone, became an appeal to business leaders to broaden their vision of responsibility to the world, rather than an explanation of the role of civil society. However, I became more curious about the concept of civil society and since then I have been engaged with many ‘civil society’ organisations.

Civil society organisations (CSOs) broadly speaking, contribute to society in three ways. Some represent the rights of people to governments and business. Others are deliverers of relief to people when there are calamities, such as famines, earthquakes, and forced migration. The third group of civil society organisations works on ‘development’ matters, like improvement of education, health, and livelihoods, and the integration into society of people disadvantaged by their gender, age, physical disabilities or social discrimination.

CSOs who concentrate on advocacy, the so-called ‘activists’, must speak the truth to the powers in governments and business corporations. CSOs who deliver relief in emergencies provide capabilities on the ground to governments and philanthropists who provide the money. Activists perforce must oppose. CSOs delivering emergency relief, when it is a matter of ‘do or die’ and no need to question why, are naturally aligned with their resource providers. Unlike the ‘black or white’ relationships that advocacy and relief organisations have with governments and businesses, CSOs working on development must develop more complex relationships. They cannot just be opponents. Nor can they be extensions of others’ missions. They must work as equal partners with governments and businesses: collaborating with them and yet challenging them.

The need for stronger CSOs has become greater since I wrote my book on the responsibilities of business — which was before the global financial crisis; the mass migrations and reactions to them, in Europe, South Asia and America; and the increasing evidence of environmental damage, water scarcity, and pollution being caused by the prevalent paradigm of economic growth. All the nations of the world have signed up for the Sustainable Development Goals (SDGs) in 2015 which aim to change the ways in which economies and societies work. If the goals are achieved, there will be less need for humanitarian relief; also there will be less need to advocate on behalf of people in distress. Partnerships between governments, businesses and civil society organisations will be essential to achieve all the goals as the final, the 17th SDG states. Moreover, to achieve those ambitious goals, the paradigm of development will have to be transformed. Business as usual will not get us there. CSOs working on the ‘development’ agenda will have a crucial role to play.

In 2013, the Planning Commission of India, of which I was a member, hosted an introspection amongst some of India’s most successful CSOs, along with the United Nations Development Programme (UNDP). The question was, what could they learn from each other to have greater impact in their common mission which was to make the world better for everyone and especially those who are being left behind by the present paradigm of progress. In the opening meeting, an elderly leader of one of the  organisations told a poignant story. His organisation led a people’s movement which had been taking the causes of India’s rural poor to parliamentarians in the capital city. Buses would be arranged, and the villagers would pay their own shares to come along to protest. The organisation had achieved some notable successes, such as the passage of India’s landmark Right to Information Act, which gave the villagers the right to know what was happening with the money that was allocated for their welfare. At a rally recently, he reported, a poor old woman who once again produced her few rupees to ride the bus to Delhi, said that she had been coming to these protests for years, and she would continue to. But when would her poverty end, she asked.

The meetings amongst the civil society groups continued. They distilled insights from their collective experience. They concluded that what the poor and disadvantaged need most of all and want is the right and ability to stand on their own feet, to meet their own needs. They do not want to suffer the humility of remaining at the receiving end of charity. They know that laws granting them more rights — the right to vote, the right to information, the right to education, health and so on — are ultimately worth nothing to them if matters don’t improve on the ground for them. Therefore, the question is: how can CSOs assist people in their communities to become self-reliant? And how can CSOs engage governments and businesses in a mission to work with the people and change the conditions on the ground?

CSOs may have saintly missions. But they are not always seen as saints. Authoritarian governments in many countries see them as threats. It has not helped the NGO sector that widely publicised scandals, of sexual abuse and failures in internal governance, have sullied the image of some of the largest brands of international CSOs. The International Centre for Civil Society convened a meeting this April in the UK of the chairs and CEOs of a score of international CSOs to discuss the problems and solutions. (I participated as the chair of HelpAge International, the network of organisations around the world working for the care of the elderly.)

There is need to rethink three fundamental concepts concerning the governance of CSOs.

The first is the drive to ‘scale up’. The ambition to produce ‘impact on scale’ is laudable. However, it becomes confused with a drive to ‘scale up’ the CSO's own organisation (ostensibly to increase impact). With that, the progress of the CSO is measured mostly in terms of its budgets, and the funds it raises. Which distracts the board and the executives from the intellectually difficult task of discovering how to increase the scale of external impact with less resources in command which should be the reason for the existence of CSOs, as distinguished from conventional ‘business’ enterprises for whom a principal raison d’etre is to accumulate more wealth for their investors. The drive to become bigger, as many corporate governance scandals have revealed, affects the culture within business enterprises too. At their meeting in the UK, the chairs of CSO boards admitted that blind acceptance of some concepts of management from the corporate business sector has been distracting them from their core missions.

A drive to ‘scale up’ a solution that has worked in some places and apply it everywhere, which developmental organisations get drawn into, is an industrial model for scaling up. This model works for producing standardised hamburgers. It also works to deliver standard doses of pulse polio vaccine, impregnated mosquito nets, or standardised mid-day meals. It is an efficient model for delivering only a limited portion of a complex combination of ingredients that must grow together in a community to produce sustainable development. Standardised classrooms and toilets can be produced on an industrial scale. However, merely building better classrooms will not improve education outcomes. And, merely building more toilets does not change sanitary practices. Scaling up with one-size-fits-all solutions, an industrial approach to scaling up, is an inappropriate model for the development sector.

A concept of ‘social enterprises’ has entered the development sector. Along with the concept of ‘impact investing’, it brings together the worlds of business and finance and the world of CSOs. A simple definition of a social enterprise is an enterprise that produces environmentally friendly products or socially useful services such as affordable education and healthcare. There are profits to be made at the bottom of the pyramid. The question is, who makes the profits — the investors, or the people who buy the products and services? When the conventional business model is applied to the production of socially desirable products, the people pay and the profits flow up to investors whose wealth increases. This does not help poor citizens to increase their wealth or build their own capabilities. When the performance of managers of such business enterprises cloaked as ‘social enterprises’ is judged by investors in conventional business terms, the managers deserve handsome compensation.

The notion of investors and managers getting very rich off the backs of the people they claim to be serving, has led to several scandals that has affected the image of CSOs; such as the scandal in India’s microfinance sector when the CEO of a firm was found to be compensated in millions of rupees, which brought the sector to a standstill; and a nasty controversy in the UK which smeared the image of a respected charity when a social enterprise it ran to raise money for its work was reported to be making profits from the services it sold to the people the charity was supposed to be assisting.

Social enterprises must be of the people, run for the people, by the people. The beneficiaries of the social services must also be the owners of the enterprises, and thus the wealth produced will accumulate with them.

A new form of organisation — less ‘corporate’ and more ‘networked’ — is required to produce large-scale social impact. The achievement of the SDGs requires partnerships between diverse institutions — governments, capitalist business enterprises, CSOs, and people’s own enterpri+ses. These institutions are set up for different purposes; they also have different forms of governance suited to their own requirements. They cannot be placed under a centralised command structure. Yet they must coordinate their work to achieve the common goals.

The question the heads of CSOs, who have an aspiration to make the world better for everyone, must ask themselves is, what should be the role of the ‘centre’ in such networks? How can the centre induce change in the behaviour of the networks’ members when it does not control them with financial and legal power? How can it induce cooperation amongst them so that they can collectively achieve goals for the progress of humanity?

Finally, let’s not leave the challenge of improving the world for everyone to CSOs alone. Leaders of business corporations and financial institutions have great power in the world today. They too could lead the formation of networks of stakeholders, promote social enterprises of the people for the people, and spread change across a large scale — if they want to.

Arun Maira is a former member of the Planning Commission