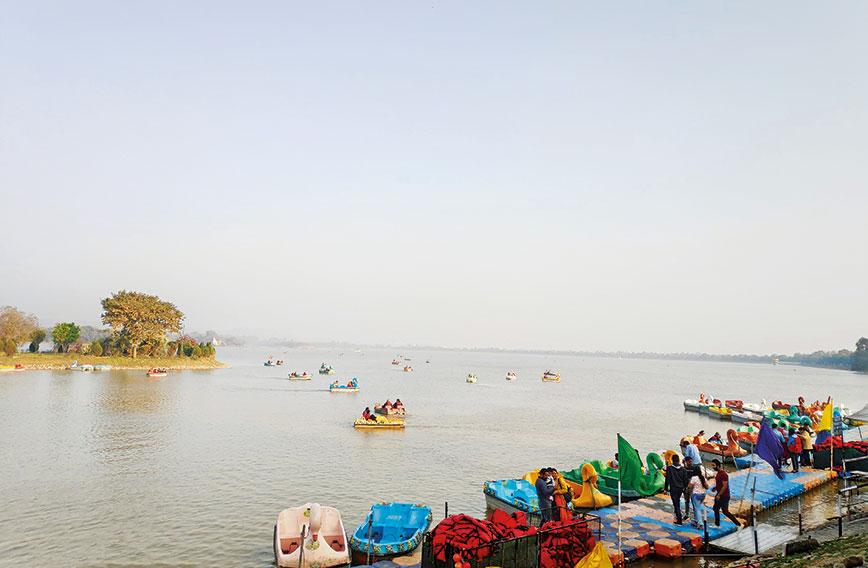 Sukhna lake is now a wetland

The idyllic Sukhna lake in Chandigarh was created by Le Corbusier, architect of the city,  as a spot which residents could turn to for quietude and solace in body, mind and spirit. The lake is dear to people’s hearts and numerous ‘Save Sukhna’ drives have been carried out from time to time by ordinary people.

“I have never missed my morning walk at the lake, apart from rainy days or when I am out of town. It is an integral part of people’s lives in the city,” says Amandeep Singh, a businessman and resident of Chandigarh.

The lake is now being declared a wetland in accordance with the Government of India’s (GoI) Wetland (Conservation and Management) Rules, 2017 under the Environment (Protection) Act.

“The wetland status will majorly boost conservation of the Sukhna lake ecosystem as it puts in place specific rules formulated by the GoI,” says Debendra Dalai, chief conservator of forests and director, environment. The 2017 rules empower the states and Union Territories to identify, notify and monitor wetlands within their jurisdiction.

However, people living in villages near the lake are uneasy about its newly acquired status. They point out that the administration is not heeding any of their concerns over sewage inflow, construction activities and the size of the wetland.

The decision to declare Sukhna a wetland was taken in July 2019 by the Chandigarh Wetlands Authority. A notification was issued by the law department in October. After inviting suggestions from citizens, relevant regulations will be implemented.

Sukhna is an artificial rain-fed lake of three square kilometres with a catchment area of 42 sq. km. The lake was constructed in 1958 as a recreational water body for the newly created city of Chandigarh, which lies at the foot of the Shivalik hills. It was formed by creating bunds 12 feet high across the Sukhna choe, a seasonal stream flowing from the hills.

Due to the loose soil strata of the Shivaliks, heavy siltation during the rainy season has threatened the existence of the lake from the very beginning. Water levels in the lake have at times plunged very low, with large swathes going totally dry during years of low rainfall. For instance, in 2016, the area under water reduced to a mere 1.3 sq. km owing to lack of rain. The maximum water level in Sukhna is maintained at 1,163 feet. Excess water beyond this limit is drained into the Ghaggar river. 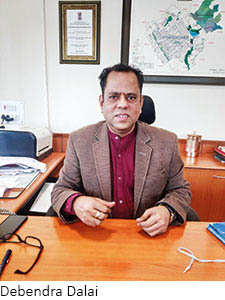 In the early 1980s, the UT (Union Territory) administration took steps to arrest soil erosion by acquiring the catchment area of the lake. “Soil conservation was taken up and plantation was done on a massive scale. The administration constructed bunds, check dams, and other structures to check siltation,” Dalai says. In 1998, 26 sq. km of the catchment area were notified and declared the Sukhna Wildlife Sanctuary.

In 1988 too, the lake was deemed a wetland. “But at that time we did not have the rules. Those were listed only in 2017 and are much more effective. The lake’s new status will help promote biodiversity, recharge groundwater levels and strengthen local ecology,” he adds.

Apart from siltation, the Sukhna catchment area has also been plagued by human infringement, especially illegal construction, encroachment and pollution caused by untreated sewage flowing into the Sukhna choe through seasonal rivulets. The matter gets complicated further as part of the catchment area falls in Punjab (10.2 sq. km) and part in Haryana (2.7 sq. km).

The wetland status will address these issues to some extent. It will lead to a ban on any permanent construction within a specified distance of the lake. Encroachments will be strictly prohibited, and so will setting up of industries or expansion of existing industries. The rules ban manufacturing, handling, storage, or disposal of construction waste as notified under the Construction and Demolition Waste Management Rules, 2016.

It will also become mandatory for the authorities to monitor and prohibit solid waste dumping, electronic ware and effluents from towns, cities, villages and other human settlements as well as effluents from industries. Hazardous substances, as listed under various government rules, are also prohibited from being dumped.

“We want to protect the lake, but the government is not responsive to our needs. The officials came here once and gave us a lecture about the importance of protecting Sukhna lake, but did not really address our issues,” says Ramkaran, a resident of Kaimbwala, a village near the lake.

The village lambardar (headman), Suresh Kumar, sounded equally pessimistic. “We do not know for sure how giving the lake the status of a wetland is going to affect our lives. But our houses and all new construction that we undertake will be under threat after this,” he says. The villagers are also unsure about the area which will be covered under the wetland. “As per the UT administration, we have been given to understand that 1.5 km around the lake comes under wetland protection rules. But the Punjab government cited only 100 metres,” says Kumar.

Kaimbwala villagers say that sewage has been flowing into the lake for a long time. “It comes mainly from Kansal village in Punjab, and Suketri in Haryana. The UT administration is not recognizing this fact,” says Sher Singh.

“We are farmers. We own land here. We do not earn much. Sukhna lake is like our mother. We want to save it but the administration is not listening to us,” says Suresh Kumar.