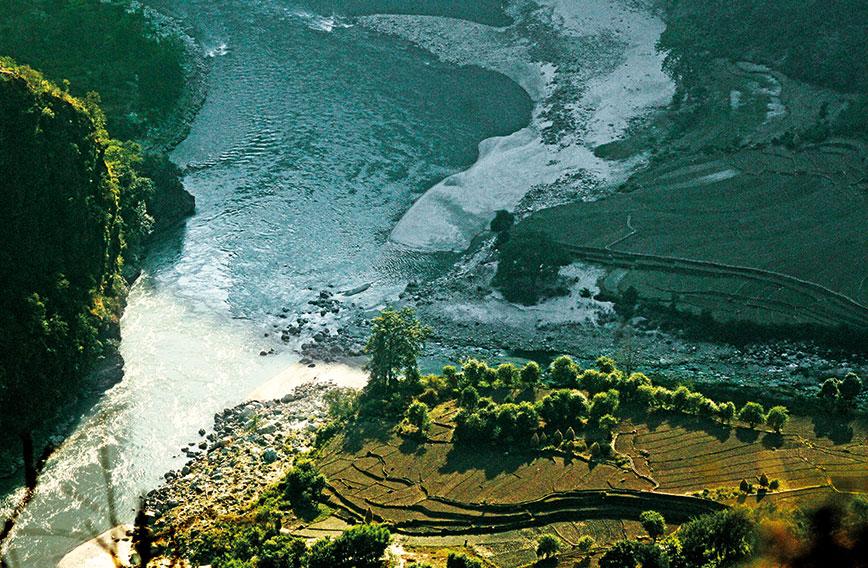 Is the Pancheshwar Dam really needed?


In the dense forests of Pithoragarh district in Uttarakhand, on the India-Nepal border, the world’s tallest dam is being planned. It will come up on the Mahakali river, about 2.5 kilometres downstream of the confluence of the Saryu with the Mahakali and, with a height of 315 metres — measured from the deepest foundation level ­­— it will be a full 10 metres higher than the Jinping-I dam in China.

The dam, known as the Pancheshwar Dam, is part of the Pancheshwar Multipurpose Project (PMP), which includes another dam about 97 metres high located 27 kilometres downstream at Rupaligad.

The project is expected to generate 5,040 MW of power, which is several times more than any other hydropower project in India. It will have a massive reservoir, the largest in the Himalayas and the third largest in the country, with a storage capacity of 11.35 billion cubic metres (BCM) and a reservoir area of 11,600 hectares.

Perched where it will be, the weight exerted per unit area by the Pancheshwar Dam will be much higher than that of the Nagarjunasagar Dam on the Krishna or the Indirasagar Dam on the Narmada though they have larger reservoirs.

The project has the potential to cause long-term environmental changes in the Himalayas because it will inundate thousands of acres of forests. It will drown at least 123 villages, raising concerns about resettling people. Also gone will be the Pancheshwar Temple to Baba Bhole or Mahadev, another name for Lord Shiva. 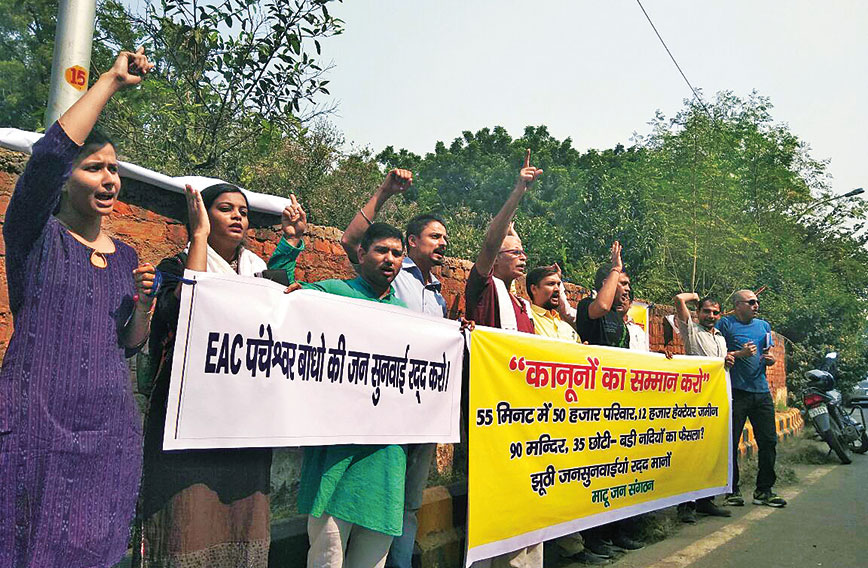 The question is whether such a large hydropower project should come up in the ecologically sensitive Himalayas, already besieged by climate change and melting glaciers. How thorough has been the environment impact assessment (EIA) and what have been the concerns addressed at public hearings?

One would have liked to see a full-scale disaster impact assessment and management plan. One looked forward to seeing a confidence inspiring cost-benefit analysis, the application of precautionary principles, a genuine application of lessons learnt from the past including the Uttarakhand flood disaster of June 2013 which also affected this area and past earthquakes in the Himalayas.

The EIA and appraisal were expected to be done by a reputed agency with an exemplary track record and no conflict of interest. It was essential to have had  a credible appraisal of the project by the Expert Appraisal Committee and the Ministry of Environment and Forests. International law required that there be a joint impact assessment of the project as the basis for the consultation and appraisal process. Unfortunately, in all this we have only faced utter disappointment.

The project authorities do not inspire much confidence. They have not even been able to get the map right. The map hosted by the official site of the Pancheshwar Multipurpose Project shows the Saryu flowing southwest from Bageshwar and running through Almora district before flowing east along the border of Almora and Nainital districts, which is inaccurate.

In reality, the Saryu flows southeast from Bageshwar and marks the border between Almora and Pithoragarh districts. As the headline in a local newspaper highlighted, if the project authorities cannot get even their maps right, what hope is there that the project decision will be right?

The Pancheshwar Dam is to come up in one of the most seismically active areas of India. In fact, there has been no major earthquake in this area for so long now that seismologists are afraid that the next one to hit this area could be a really big one with magnitude above 8.5 on the Richter scale. The April-May 2015 earthquake in Nepal did not help release the accumulated seismic energy of the area, since almost all the aftershocks of that earthquake occurred to the east of the epicentre, with almost none to the west, where the Mahakali basin is located.

The EIA mentions only one earthquake in the area: the 1980 one of magnitude 6.5. But on 30 May 1833, an earthquake of magnitude 7.5 struck Lohaghat or Lohughar, as it is recorded, hardly 15 kilometres from the Pancheshwar Dam site. This is among several other significant earthquakes in the area. 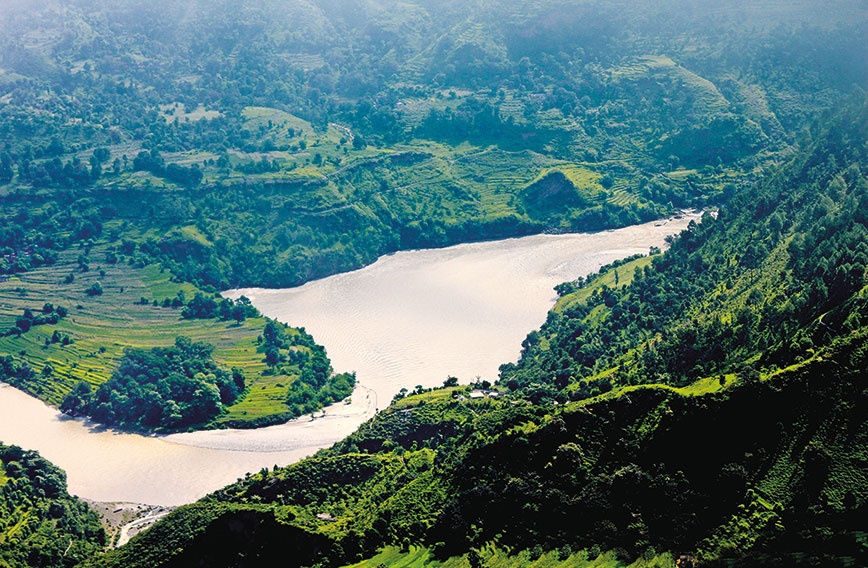 In fact, seismicity and RIS are not the only hazards that the Pancheshwar Dam faces. The Himalayas are known to have a number of other high vulnerabilities including flash floods, landslides, erosion, landslide dams, and glacial lake outburst floods, among others.

The EIA of the project says: “The Geological Survey of India, at the instance of WAPCOS Ltd. has taken up a project of landslide hazard zonation mapping of the reservoir domain and the studies are in progress. On availability of the result of ongoing studies, the reservoir competency issues vis-a?-vis landslide potential shall have to be further evaluated.” The EIA thus confirms that the landslide hazard zonation is yet to be mapped and the reservoir competency study is still to be evaluated. How can the EIA be complete without these?

The key point here is to first assess the disaster potential of the area, which the EIA has failed to do. The next step would be to examine how the project construction and operation would change the disaster potential of the area and the third step would be to assess how the project will perform in these circumstances. None of these assessments has been completed by the EIA, the last two have not even been attempted. 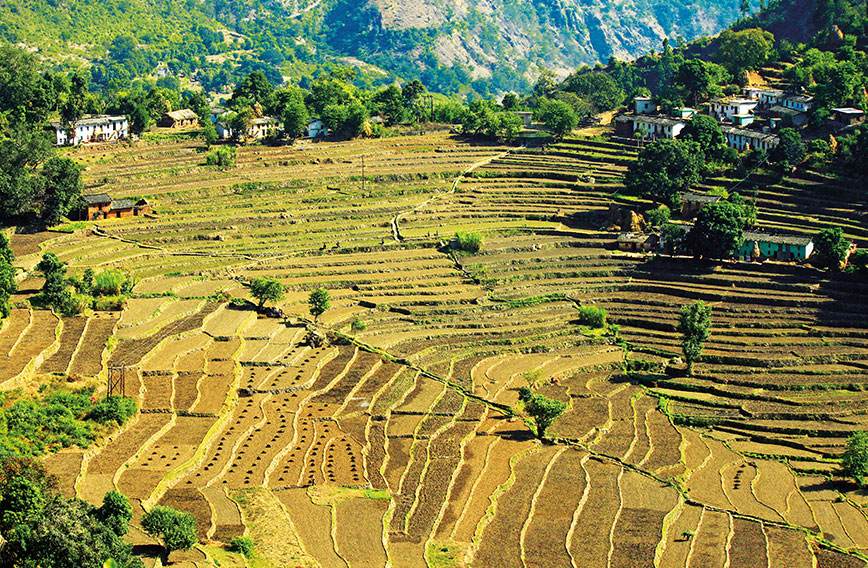 Terraced  fields alongside the rivers. Land here is fertile

The project will have a submergence area of 11,600 hectares, of which 7,600 hectares  are in India and 4,000 hectares in Nepal. The EIA states that 123 villages will be affected in India. In Nepal, areas under 25 Village Development Committees (VDCs) and one municipality are expected to face submergence.

Besides, the project was initiated through the February 1996 Mahakali Treaty between India and Nepal. But the treaty has become outdated as many of its provisions stand violated. Within Nepal, there has been debate about the constitutional validity of the treaty. More recently, there have been questions about certain “unfair” provisions in the treaty that protect the “existing” water use from the river by both countries; Nepal officials see this as an unfair precedent. Considering the prevailing atmosphere of mistrust between India and Nepal, which has become worse in recent years following the blockade during the Madhesi agitation in Nepal, and also considering the history of stalled India-Nepal projects, not many are convinced that this is the best option for improving India- Nepal relations.

The EIA for the project has been done by WAPCOS (Water and Power Consultancy Organisation), an agency under the Union Ministry of Water Resources, the developing and lobbying organisation for this project. But the EIA is supposed to be done by an independent organisation, which WAPCOS is not. One of the possible conclusions of such an EIA could be that the project is environmentally unviable or its impacts are unacceptable.

One cannot expect WAPCOS to reach such a conclusion, since it is working under the project development agency. In fact, as the EIA makes clear, WAPCOS has been involved in proving the feasibility of the project since the 1960s. One does not expect such an agency now to turn around and conclude that the project is not the least-cost option or that it is not environmentally viable. 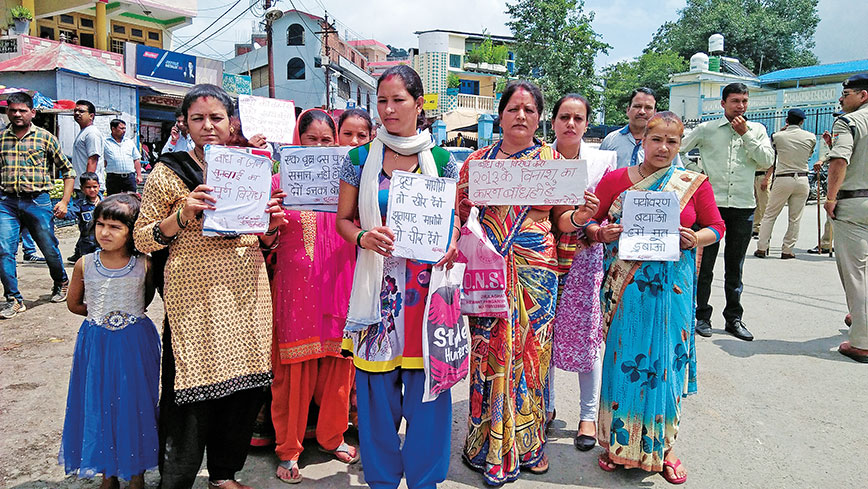 Save Pancheshwar, don't drown us, say the women

Lastly, WAPCOS has a very poor track record in doing EIAs, as many have repeatedly pointed out through analysis of various EIAs. Here are a couple of quick examples of how poor the EIA of the Pancheshwar project done by WAPCOS is.

In the next paragraph, about the catchment of the Mahakali river basin up to Purnagiri, located several kilometres downstream from the Pancheshwar site, it says: “The total drainage area up to Purnagiri temple has been worked out to be around 14,922 sq km, out of which 10,884 sq km area lies in India and 4,038 sq km area in Nepal.”

The public hearings for the project were held in Almora, Champawat and Pithoragarh districts in August 2017 during the monsoon season when farmers are busy in agriculture. The entire exercise seems to have been designed to keep people ill-informed and out of the public consultation process.

There were at times more  armed police around the public hearing location than the affected people. Those present were not even allowed to speak, even as politicians took up most of the time. The public hearings had so many violations that they won’t stand any legal scrutiny.  In India, unfortunately, public hearing are reduced to a mere formality. 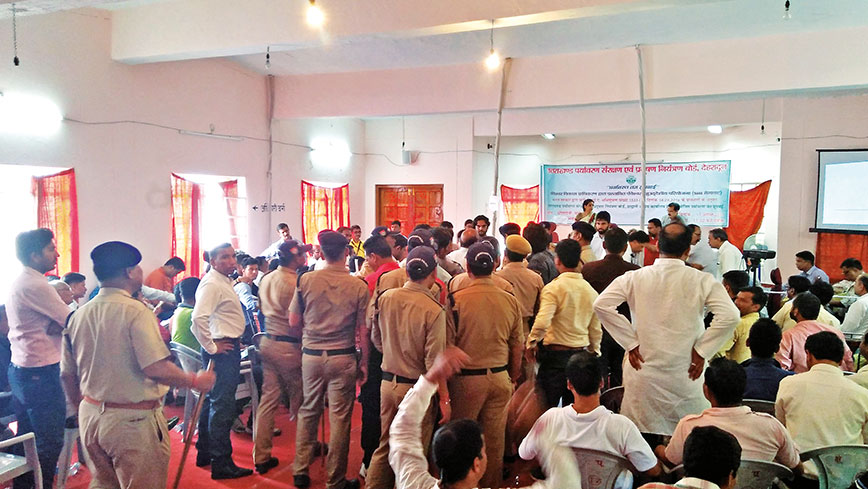 Several detailed submissions informed the EAC about violations in the public consultation process before the 24 October, 2017, EAC meeting where the project was considered for the first time. But the minutes of the EAC do not even acknowledge this reality! This shows that there is no respect for the law of the land.

High cost, low demand: The EIA of the Pancheshwar project clearly states that hydropower generation is the basic objective of the project. India is currently power surplus and has become a net power exporting country.  India’s power minister has repeatedly said so on the floor of Parliament and outside. He has also explained how large hydropower projects with cumulative capacity in excess of 11,000 MW are stranded, mostly for lack of economic viability.

Studies show that India is likely to remain power surplus for decades to come. The most recent projection by international energy experts have shown that the share of hydropower in India’s total electricity generation will drop to three percent by 2050, as most generation is projected to come from solar and wind. The cabinet note prepared just two months ago for pushing stranded hydropower projects showed that every MW of installed capacity, from large hydro, even from these under-construction projects, is going to cost in excess of Rs 10 crore. This puts the conservative cost of the Pancheshwar project at over Rs 50,000 crore. 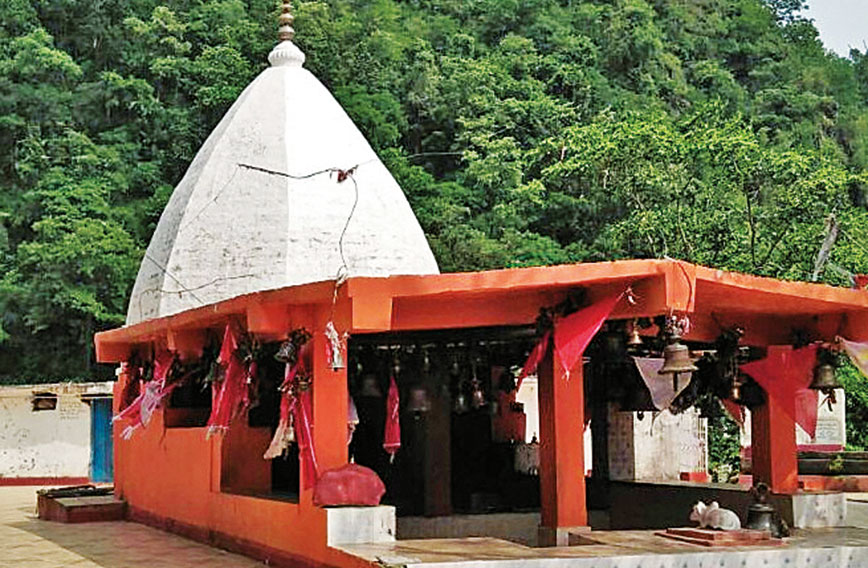 The EIA report says that the Pancheshwar project is expected to generate 9,116 million units of power at 90 percent dependability. This means the cost of every unit of power from the Pancheshwar project will be over Rs 6 to Rs 8, at most conservative estimates. However, these days there are no takers at India’s power exchanges for any power costing over Rs 3 per unit.

Nepal actually hopes to sell most of the power generated at Pancheshwar to India, since its own demands would be taken care of by other ongoing and planned projects. But who will buy this expensive power in a surplus market? It’s clear that even if we were to set aside the social and environmental costs and risks for a moment, even in terms of pure economics the project is unviable.

So, who exactly will benefit from this unviable, unprecedentedly disastrous dam when it is clear that it is not required for electricity generation — its basic objective? For a project that will cost at least Rs 50,000 crore at current prices, there are, of course, many big and small contractors, consultants, engineers, bureaucrats, equipment suppliers, cement companies, politicians and, of course, financiers who will be seeing opportunities for doing business. So are we going to allow such a disastrous, risky and unviable project so that some businesses can make money?

Mahadev is called Bhole (innocent) and the Prime Minister invoked this name when he addressed the people at the famed Kedarnath Temple a day after Diwali this year. But can Baba Bhole and the people of India and Nepal be fooled so easily in the name of development?

Himanshu Thakkar is with the South Asia Network on Dams, Rivers  and People. Email: ht.sandrp@gmail.com