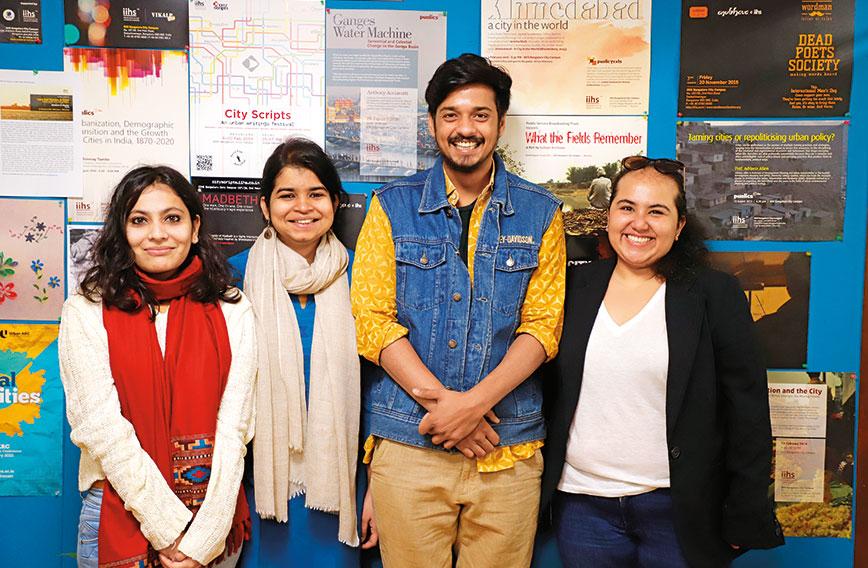 Getting everyone into Delhi's master plan

City planning is invariably decided by faceless government agencies. But in Delhi a coalition of organizations and individuals, called Main Bhi Dilli, is determined to change that. They have drawn up their own recommendations for the city’s master plan after talking to all stakeholders, especially people in the informal sector.

Main Bhi Dilli’s objective is to make the city inclusive. The coalition came together in April 2018, when the Indo Global Social Service Society and Women in Informal Employment: Globalizing and Organizing organised a workshop on city planning. After the workshop, many felt that citizens’ voices needed to be part of city planning.

“Planning in Delhi is a top-down process,” says Malavika Narayan, one of the four coordinators of the coalition. “It’s only the DDA (Delhi Development Authority) which really knows what’s happening. We are given just a small window of opportunity after the whole plan is made when they invite comments from the public. We felt that this is not the way planning for a city should be done. Citizens’ voices should be heard before the plan is drafted.” The other coordinators are Shalaka Chauhan, Harshal Gajjar and Rashee Mehra.

Delhi faces many issues. Nearly 40 percent of the city’s population lives in informal settlements. The city has a very low percentage of female workers. Its landfills are overflowing. Nearly 400,000 street vendors in the city live in constant fear of eviction.

How can the Master Plan Delhi (MPD) change these realities? The DDA, which is drawing up MPD 2041, is helped by the National Institute of Urban Affairs (NIUA). The MPD determines how land will be used in the city and how much supporting infrastructure each area will have.

Over the course of a year, member organizations of Main Bhi Dilli like SEWA, Safetipin, Basti Suraksha Manch, Yuva Foundation, Mahila Housing Trust and individuals associated with the campaign held sector-wise meetings to identify issues and find solutions. They spoke to activists, researchers and organizations who work on housing, livelihood and gender.

In March 2019, their first set of demands was ready. Campaigners then met street vendor groups and people in resettlement colonies to find out their aspirations. The demands have been categorised sectorwise — livelihood, housing, gender and the area near the Yamuna.

The collective took up issues faced by waste-pickers, street vendors, home-based workers and construction workers. They suggest that every neighbourhood should allocate space for waste-pickers to segregate waste as well as space for wet waste composting. This model of decentralized waste management will not only reduce pressure on landfills but will also reduce the quantity of waste that is incinerated.

Vending space should be reserved for street vendors in commercial areas where footfalls are high. Following the model in London, Singapore and California’s cities, they can be allocated space in Metro stations, parking lots and under flyovers. Land should be reserved for the nearly 400,000 street vendors in the city — a 6 ft by 4 ft space for stationary vendors and a 4 ft by 4 ft space for mobile ones.

Main Bhi Dilli suggests low-cost housing for construction workers along the lines of Bhavanam Foundation’s rental hostels in Kerala. They also suggest that each working site should facilitate skill development of the workers. The coalition recommends that JJ clusters be given tenure security and no cut-off date be set for residents.

The collective also suggests that resettlement should be the last resort. If carried out, the resettlement site should be close to the residents’ place of work, within three to five km. No eviction should take place without notice to residents, without consulting them and without a rehabilitation site ready.

Concerns around the Yamuna and the zone near it, called Zone-O, also fell under the ambit of the campaign. The collective suggests that ghats like Yamuna Bazaar and Majnu ka Tila should be developed for cultural tourism. They recommended that the Yamuna’s drainage system be developed as an ecological asset.

Many organizations that work on gender made suggestions to encourage women’s presence in public spaces. Public child-care facilities affect women’s participation in the workforce. The master plan should make provisions for them and allocate land for public toilets.

Safetipin, one of the member organizations of Main Bhi Dilli, found that mixed use areas are safer for women. The coalition encourages mixed use neighbourhoods and suggests that there should be reserved spaces for female vendors in commercial markets and spaces earmarked for women’s markets.

These demands were structured in the form of fact sheets which included pertinent data, key issues and key demands. In November 2019, campaigners held a day-long workshop with NIUA and presented 12 factsheets to them. “They were very open in engaging with us,” said Narayan.

There are some broad principles the collective wants planners to follow. For example, livelihood and housing are linked for home-based workers. Understanding how women earn their livelihood requires one to think of gender and livelihood together.

The next step is to open up the campaign to the general public, said Narayan. They will be launching a website so that citizens can send in suggestions.