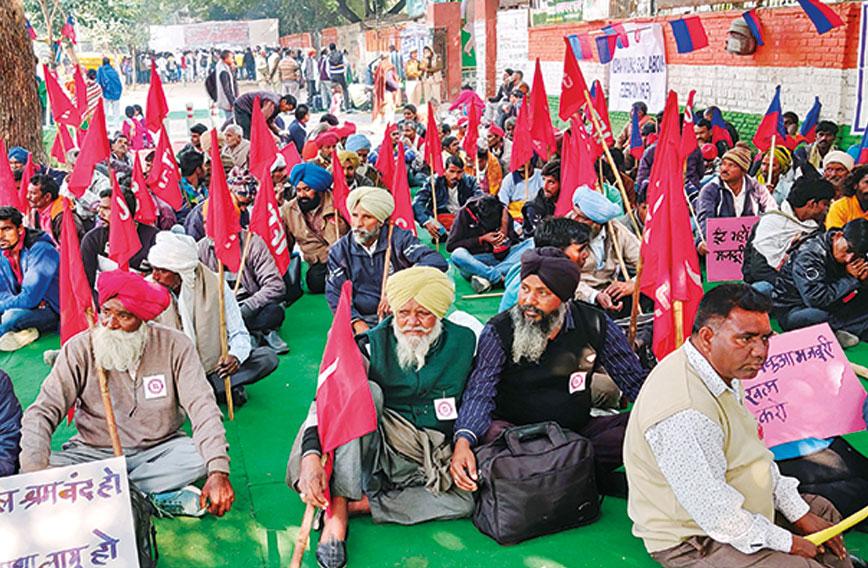 Brick kiln workers have finally found a voice in the National Struggle Committee of Brick Kiln Workers (NSCBKW) floated in October last year. On December 6 NSCBKW organised a demonstration at Jantar Mantar in New Delhi with a charter of demands which address the issues facing brick kiln workers.

The industry is part of the unorganised sector and follows no regulation. It has, for long, become synonymous with labour exploitation, child labour, bonded labour, appalling working conditions and pollution. Nearly a quarter of a million children are working in the brick kiln industry, according to estimates.

This was NSCBKW’s first protest in the national capital. Representatives subsequently met the minister for labour, Santosh Kumar Gangwar, and presented their charter of demands to him.

Ashok Khandelwal, national adviser of the NSCBKW, says changing the way workers are paid can put an end to bonded labour. The solution is to implement existing laws.

What was the outcome of your meeting with the labour minister?

We are not very happy with the response. We have submitted a memorandum in which we have highlighted a few of our demands. The first issue we are trying to tackle is the high incidence of bonded labourers in the brick kiln industry.

How many bonded labourers are there?

We believe that the minimum number of brick kiln workers in India is five million. But that is a conservative estimate. In October, we held a national consultation in Delhi. We invited many employers’ associations also. They claimed that there are 1.5 lakh brick kilns which employ 25 million workers.

Our first demand has to do with the high incidence of bonded labour. Section 15 of the Wage Code says that payment of wages to workers can be made by cheque or cash. We want the Union government to issue a notification mandating that the brick kiln industry pay workers by cheque or online. Section 17 says that the payment should be as per the wage period. The maximum wage period as per law is one month. We are asking for monthly payment of wages. If this demand is met and can be ensured, then there will be no bondage in the brick kiln industry.

Basically, you don’t want the money to be paid in cash.

Yes. The government too talks about financial inclusion. They want payments to be made through a formal process.

The other demand is also about payment of wages. Bondage mostly exists in the moulding operation of the brick kilns, an activity which prepares raw bricks. About 60 to 65 percent of the total workers in the industry are moulders. They are mostly migrants who are hired through contractors.

Usually these workers are from undeveloped areas like Bolangir in Odisha, Bilaspur in Chhattisgarh and so on. These are places where employment is a problem and people are in distress. During the off-season, they don’t have work. There is a network of contractors through whom an advance payment is given and recruitment is done under certain conditions.

The main condition is that they will work for the entire period of the season, roughly six to eight months, usually from October till June. These conditions are only oral, by the way, nothing is written.

The other condition is that the workers’ accounts will not be settled till the end of the season. So the workers are not paid wages. Instead, they are given some expenses to buy food every 10 days or quarterly or weekly, whatever the practice is. In the process, they lose their freedom. And that is how they become bonded. This condition is not a relic of the old bondage, of feudal bondage. It has been termed modern slavery and some people call it neo-bondage. 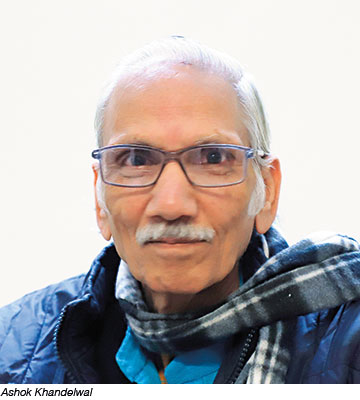 So, by breaking the way they are paid, you break the system of bondage.

There are two problems with wages. The first is that the entire work is done by husband and wife, and sometimes children — a work unit. The payment is made to the head of the family who is the male. The work is done jointly but the woman is not even considered a worker. Therefore, she is not paid wages.

We got a study done by IIT Mumbai. It said that in eight hours, one adult, on an average, can make about 480 bricks. That means for 1,000 bricks, the minimum rate should be twice the rate for eight hours. That system is not followed anywhere. There is total anarchy as far as wages are concerned.

There is one more demand. We have the Employees’ Provident Fund (EPF) Act. In 1980, it was amended and the brick kiln industry was included. Except for a few kilns, nowhere has this Act been implemented. The moment the EPF is implemented, and a worker is given an account number, they can get PF benefits and pension. Then there are other social issues.

Why are you asking for the Maharashtra Mathadi, Hamal and other Manual Workers’ Act?

Any labour issue is basically an issue between employer and employee. The government as a third and independent party should be there to ensure that the employers are fair to labour. It is presumed in the market economy that the basic motive of employers is profit maximisation, so they will try to extract the maximum out of labour.

Labour needs protection. And their main instrument of protection is unionisation. That’s why we have the Trade Union Act. Unions are required for bargaining with employers. The government should facilitate the relationship between employers and employees. That is what the Mathadi Workers Act does.