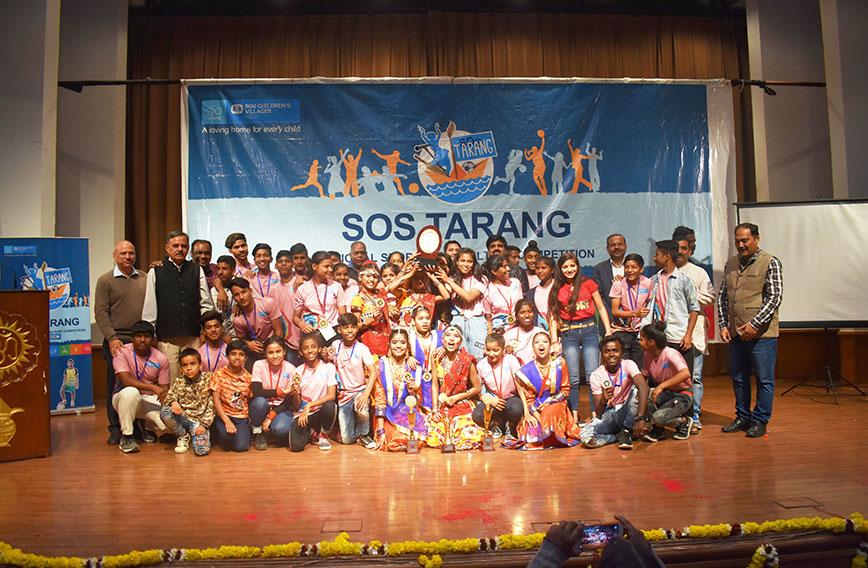 The winning team receives the award

SOS reunion with awards and cheer

On 22nd November, SOS Children’s Villages of India celebrated its annual sports, arts and cultural event called SOS Tarang at Sri Sathya Sai Auditorium in New Delhi. The event was an opportunity for all those associated with SOS Villages – senior management, donors, SOS mothers and children – to come together.

The children, from SOS Villages across the country, competed in sports, painting, singing and dancing competitions at the regional, zonal and national level. The winners of the national competition were felicitated at the end of the event. 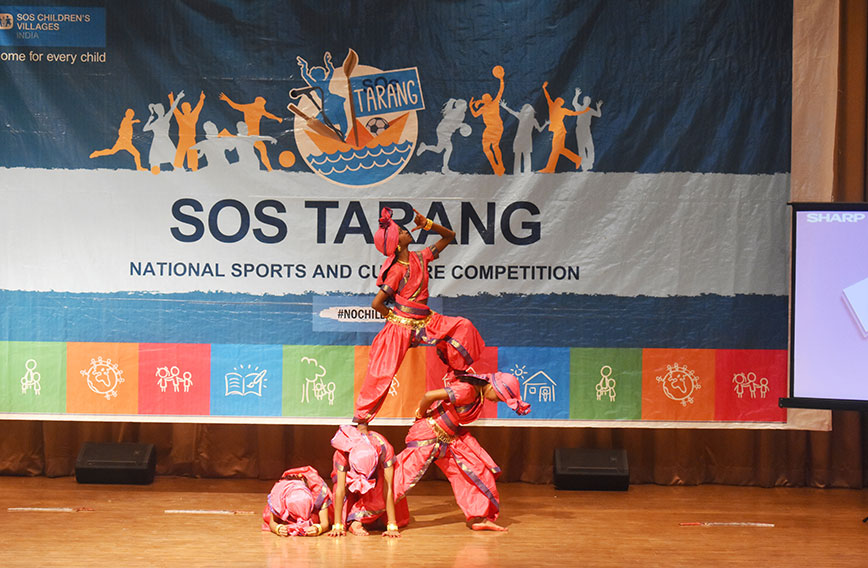 In the last 50 years, SOS India has given countless orphaned children a family and a home. The SOS model provides family-like care to each child. Every child has a caring parent in a mother, a family and a proper home in the SOS Village. Around 12-15 family homes inhabit an SOS Village. There are 32 such villages across 22 states. Currently, SOS nurtures over 6,700 children.

Sudarshan Suchi, Secretary-General, SOS Children’s Villages of India, said, “The development indicators of a country relate to its upcoming generation. Thus, honing the skills of the young in all spheres of life is paramount to adding to the upcoming demographic dividend of the nation. SOS Tarang aims at instilling confidence and encouragement in children and is a commitment to protecting the rights of these once parentless children.”

The display of talent was truly amazing. The winning team in the group dance category held difficult formations. Jyotismita Gwala and Praveena Mahanta Das from Guwahati serenaded the audience with a beautiful song. They won the award for duet singing in the 13-15 years age group category. Arti and Pranita from Latur, Maharashtra, wowed the audience with their rendition of the popular qawwali, ‘Duma dum mast kalandar’. 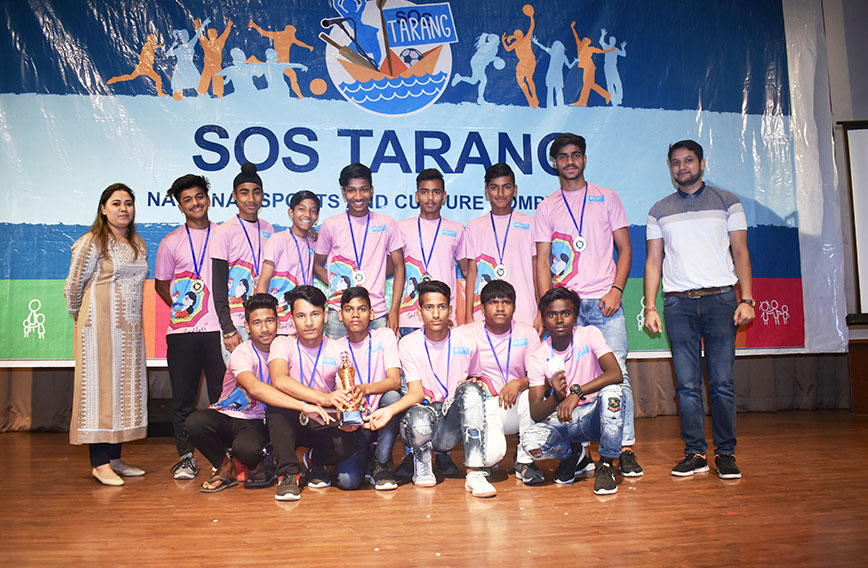 The winning basketball and football teams were welcomed with deafening applause as they received the trophy. There was a sense of achievement as children cheered each other on and called out the winning team for each category before the host could announce it. The overall championship was won by North Zone villages. Paintings of the winning students were displayed just outside the auditorium.

The awards were presented by Babita and Gaurav, alumni of the SOS villages. Babita is currently working for TDI International India Ltd, a media company. She completed her education from Delhi University and briefly worked for Indigo Airlines. She said SOS India has enabled her to live life to the fullest. 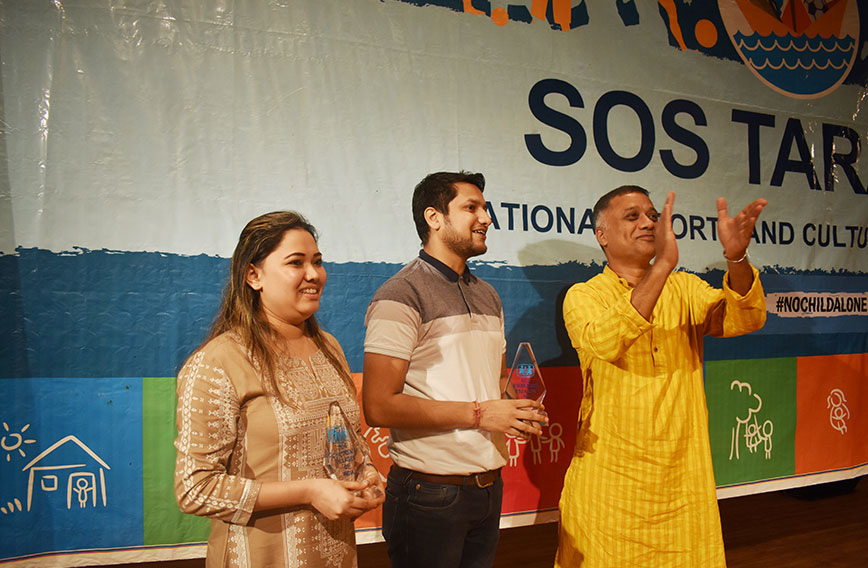 Babita and Gaurav, alumna of the SOS villages, were honoured by Sudarshan Suchi

Gaurav became part of the SOS family when he was four years old. He is now married and working as an engineer. In his emotional speech, he thanked everyone who works for SOS and spoke about the value of education. He said that when he was getting married, it was his mentors at SOS India who met his wife’s family. “I see myself in every child who’s in SOS villages today,” he said. Both Gaurav and Babita especially thanked their SOS mothers for their love and care.

The evening ended with differently abled students from SOS’ village in Khajuri Kalan presenting the national anthem in sign language. November 20 is Universal Children’s Day and the event on 22nd was a grand celebration of their talents. 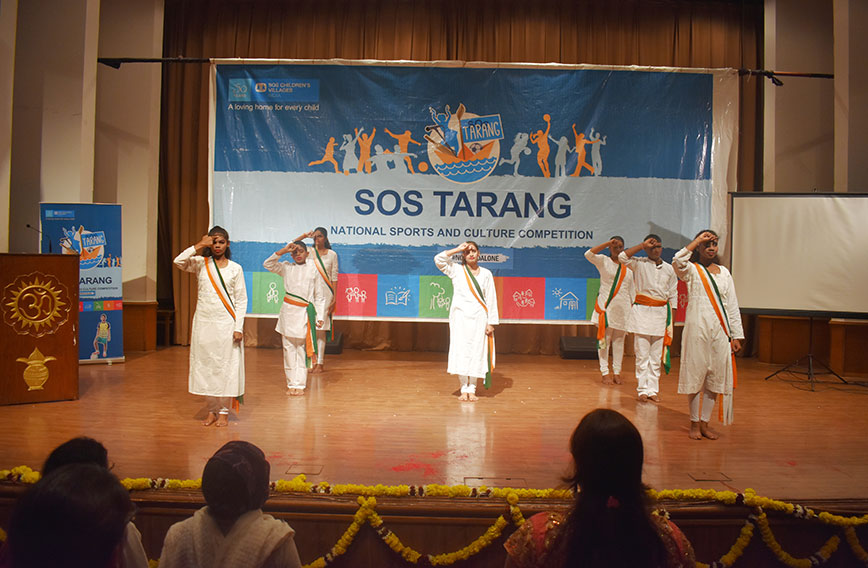