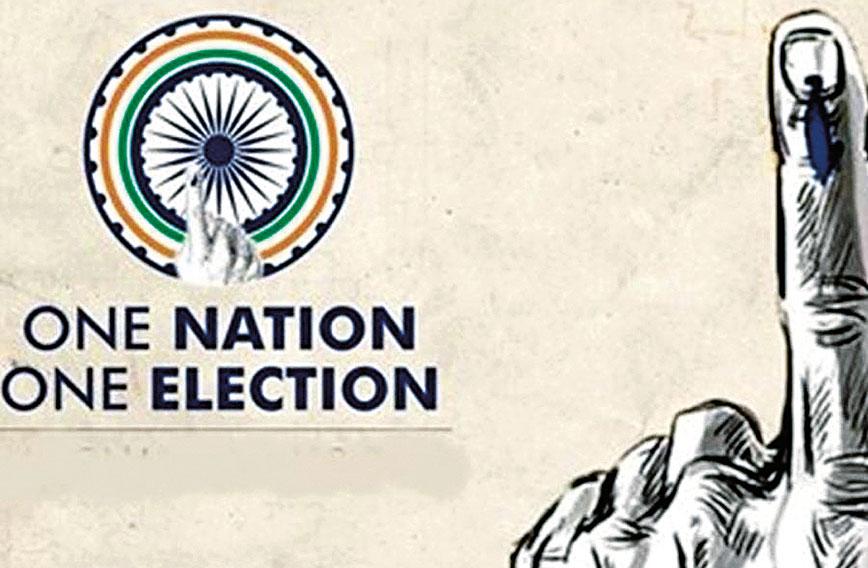 Why is 'one election' a priority?

Question: Who is likely to be the most knowledgeable on what electoral reforms are needed?

Options: (a) Those who have contested one or more elections in the past 10  years.

(b) Leaders of registered and recognised political parties.

(c) The Election Commission of India.

In my humble opinion, the correct answer should be (c).

The Election Commission of India (ECI) is a constitutional institution set up under the provisions of Article 324(1) of the Constitution of India, which says:

This constitutional institution has been conducting elections to Parliament, assemblies, and the offices of President and Vice-President for almost 70 years since it was set up in 1950.

Electoral reforms have been talked about in India since 1967 at the very least. During this time, the ECI has sent consolidated lists of electoral reforms to the government twice, once in July 2004 and again in December 2016. In July 2004 the list contained 22 items. This number had gone up to 47 in December 2016. None of these two lists contained a proposal to hold parliamentary and assembly polls simultaneously.

However, the one electoral reform that seems to have caught the fancy of the prime minister is “simultaneous elections”. Though mentioned occasionally for over 20 years, and also supported by L.K. Advani, it found mention in the BJP manifesto for the 2014 Lok Sabha election which said:

“BJP is committed to initiate electoral reforms to eliminate criminals. The BJP will seek, through consultation with other parties, to evolve a method of holding Assembly and Lok Sabha elections simultaneously. Apart from reducing election expenses for both political parties and Government, this will ensure certain stability for State Governments. We will also look at revising expenditure limits realistically.”

Several steps were taken to make this happen, including a parliamentary committee studying it and submitting a report, and the curious and unusual action of a very senior official of the Prime Minister’s Office (the principal private secretary (PPS) to the PM).

The official phoned the Chief Election Commissioner (CEC) in January 2015, saying that there was a “strong feeling of having simultaneous elections for both Parliament and the State Assemblies”, and pointing out that “repetitive” elections cause “lots of disruption, both in terms of implementation of various schemes as well as socio-economic scenario”. He also informed the CEC that elections resulted in “tremendous financial cost to the State”, ending with a very revealing sentence, “After all, elections cost money”.

NITI Aayog produced a ‘discussion paper’ in April 2017, arguing for simultaneous elections. A large number of seminars, discussions and workshops were organised by diverse groups all over the country but no consensus seemed to emerge.

Then came the 2019 Lok Sabha elections.

Simultaneous elections were again a part of the BJP manifesto but there was no mention of it during the unprecedentedly long campaign. But, even before the 17th Lok Sabha met for its very first session on June 17, an all-party meeting was announced on June 16, to be held on June 20, to discuss the ‘One Nation, One Election’ issue. Though an invitation was extended to all political party presidents with presence in Parliament, 21 parties attended while 11 declared they would not.

The outcome of the meeting, as announced by Defence Minister Rajnath Singh, was: “The prime minister will form a committee to look into the possibilities of simultaneous polls. The exact nature of the committee will be made public.”

This, after three years of deliberations across the country which did not yield the desired outcome!

There are essentially two arguments in favour of simultaneous elections, as summarised by the PPS to the CEC —money spent on elections and hindrance to development. These and all the other supplementary arguments have been conclusively rebutted by various commentators in a variety of fora.

Two representative pieces are “Simultaneous Elections: Striking at the Roots of Parliamentary Democracy” (www.adrindia.org) and “The case against simultaneous elections” (www.thehindu.com).

Why this intense desire to hold elections to Parliament and assemblies together? After considering all possible reasons, the only one that stands out is to move from a federal polity to a unitary state and from a parliamentary form of government to a presidential form.

The insistence of the government is baffling. If the intention is indeed to move to a unitary and presidential form, it would be far better for the government to say that and initiate a national debate specifically on that issue. Insisting on trying to do this by sleight of hand will not work and will only result in wastage of national resources.

Jagdeep Chhokar is a founder-member of the Association for Democratic Reforms.