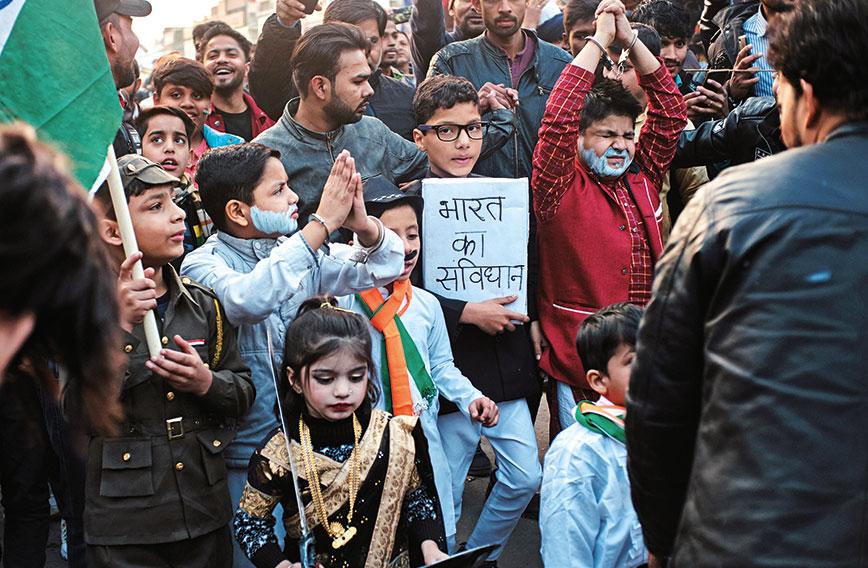 Are you a citizen?

Citizenship has been in the news for some time now and not necessarily for good reasons. The past month and a half seem to have made the focus on citizenship even sharper. The first place to look for what citizenship means should be the Constitution of India. And citizenship does find mention in Part ll of the Constitution. This part begins with Article 5 which says:

“At the commencement of this Constitution, every person who has his domicile in the territory of India and—

The next most important source is the Citizenship Act, 1955, which is described as “An Act to provide for the acquisition and determination of Indian citizenship”.

As can be seen, both the Constitution and the Citizenship Act describe how and who can become a citizen of India but none of them describes what a citizen is. The definition of a citizen from the Merriam-Webster dictionary is:

Wikipedia, on the other hand, says:

“Citizen is the status of a person recognized under the custom or law as being a legal member of a sovereign state or belonging to a nation. The idea of citizenship has been defined as the capacity of individuals to defend their rights in front of the governmental authority.”

All documents focus on how and who can become a citizen of India but are silent not only on what a citizen is but also on how one becomes a socially conscious “citizen”.

The documents listed above can and do make a person a “citizen of India” legally. But it is important to reflect on whether everyone granted the legal status of citizenship of India, is a “citizen” in the true spirit of what being a citizen implies. Again, a legal description of this can be found in the Constitution in Article 51-A which was added in 1976, 26 years after the Constitution was adopted. However, unlike the Fundamental Rights, Fundamental Duties are not judicially enforceable. Possibly because of this, general awareness of Fundamental Duties seems to be extremely low whereas a lot of people seem to know about Fundamental Rights.

Notwithstanding the above, and a few recent exceptions, the general impression about our citizenship behaviour is that while we tend to criticize and complain, we hardly take any action — which is often attributed to apathy and fatalism.

The question therefore is: Do we, Indian citizens, really understand what it means to be a citizen … an aware, active and engaged citizen, and do we have the capabilities to perform the duties enjoined upon us?

It is expected that we learn all this as we grow up, at home and in school. But then, if this learning was effective, we would not be apathetic and fatalistic. In addition, what if parents are themselves not aware, active and engaged citizens? Then we have a situation of “the blind leading the blind”. And what is taught in civics and social studies has been critiqued often and found inadequate, if not downright irrelevant.

Here is one critical assessment:

“In the various articulations on civics in the previous NCERT curriculums and textbooks, we can find the role of civics as one of ‘informing’ and developing ‘responsible citizens’, who will assist the state in its ‘efforts’ and will have ‘desirable attitudes and social behaviour’. This vocabulary is based on the belief that Indian citizens lack the qualities of being good citizens. It perceives people as irresponsible towards self and society and unable to fulfil their duties.”

This leads to a re-evaluation of the purpose of education. There can be no disagreement that the basic purpose of education is to mould every child into a good human being. But what the current education system actually focuses on is preparing children for getting “good” jobs with the exclusion of almost everything else.

It may be useful to think of the purpose of education in three stages. The first stage should continue to be focused on making every child a “good” human being. Once that has been done, then, at the second stage the purpose should be to make these good human beings into aware, active and engaged citizens. These citizens would be capable of taking responsibility for the state of the nation, and actually engage in purposeful activities that would make the country an inclusive, equitable, humane and powerful state.

Once there are good human beings and good citizens, then the third stage is the time to make them capable of being effective economic contributors to society, either by taking up jobs or becoming entrepreneurs, or becoming job-creators rather than job-seekers.

All three levels of education are, of course, a lifelong process. Different stages are mentioned as a framework to clarify the concept.

This is why there is a dire need to revamp the school curriculum to accord appropriate space to education for citizenship.

Jagdeep S. Chhokar is a former Professor, Dean, and Director In-charge of the Indian Institute of Management, Ahmedabad (IIM-A), and a founder-member of the Association for Democratic Reforms (ADR). Views are personal.