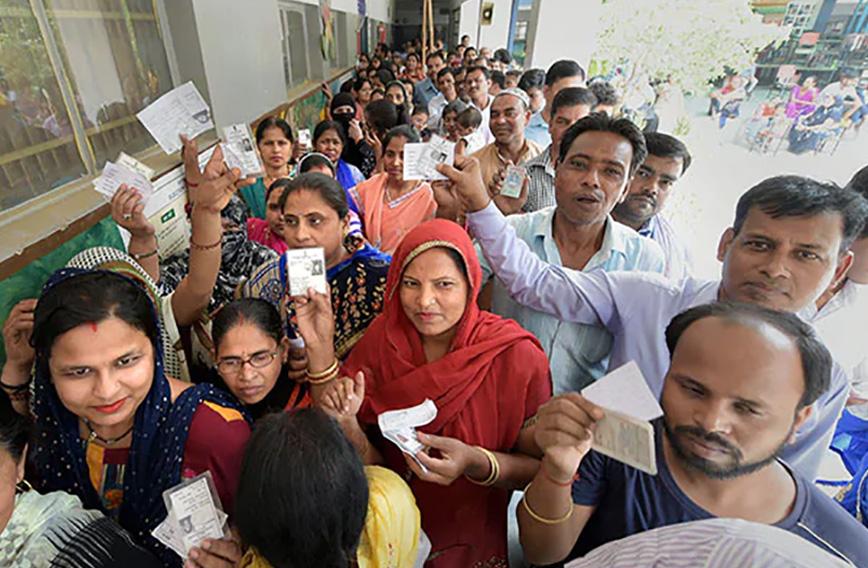 Are EVMs and VVPATs reliable?

Electronic Voting Machines (EVMs) were first conceived by the Election Commission of India (ECI) as a replacement for the ballot paper and the ballot box in 1977. The design and development of the machine was entrusted to a public sector undertaking, the Electronics Corporation of India Ltd (ECIL) in Hyderabad which developed a prototype by 1979.

After this prototype had been tested by the ECI to its satisfaction, it was demonstrated to representatives of various political parties on August 5, 1980. Following a broad consensus, EVMs were first used in the North Paravur Assembly Constituency in Kerala in May 1982 in 50 out of 85 polling stations.

In the result, announced on May 20, 1982, the winner was declared to have secured 30,450 votes and the runner-up 30,327 votes. The difference between the two was only 123 votes. Of the 30,450 votes that the winner got, 11,268 were cast manually, “according to the conventional method provided in the Conduct of Election Rules, 1961”, using ballot papers and ballot boxes, and 19,182 votes were cast through EVMs. The runner-up challenged the result in court and the case finally landed up in the Supreme Court.

The challenge was based on the argument that the Conduct of Election Rules, 1961, specifically mentioned that “ballot papers” will be used in “voting by ballot”, and describes the “Form of ballot paper” as “Every ballot paper shall have a counterfoil attached thereto, and the said ballot paper and the counterfoil shall be in such form, and the particulars therein shall be in such language or languages, as the Election Commission may direct,” and didn’t mention any other kind of voting. Therefore, voting by mechanical process, such as EVMs, was not permissible. The Supreme Court “set aside the election of the respondent with respect to the 50 polling stations where the voting machines were used” and directed “a repoll to be held in these 50 polling stations”.

Subsequently, the Representation of the People Act, 1951, was amended by Parliament in December 1988, empowering the ECI to use voting machines. A general consensus was finally reached in 1998, and EVMs were used in 25 legislative assembly constituencies across the three states of Madhya Pradesh, Rajasthan and Delhi. This restricted usage was gradually expanded till the final frontier was crossed in 2004 when more than 100,000 EVMs were used in all 543 parliamentary constituencies in the country in the general election to the 2004 Lok Sabha.

EVMs have been embroiled in some controversy or the other almost since their introduction. The first really serious objection came up in 2009 when LK Advani expressed doubts on the credibility and reliability of EVMs and demanded a return to paper ballots. The ECI countered these views saying that it was “absolutely satisfied that EVMs couldn’t be manipulated” and that a technical committee headed by former IIT Madras director P.V. Indiresan had been set up to ensure this. The Indiresan Committee subsequently certified that the machines were fully reliable.

In 2010, GVL Narasimha Rao wrote a book titled, Democracy At Risk! Can We Trust Our Electronic Voting Machines? Despite continued criticism from diverse quarters, one fact stood out: every political party criticized EVMs when it lost an election but the same party seemed quite satisfied when it won. This was confirmed in a series of assembly elections when different parties won or lost in various states. Criticism continued, and so did the use of EVMs.

In 2010, at an all-party meeting held in the ECI, a proposal to introduce a Voter Verifiable Paper Audit Trail (VVPAT) for further transparency and verifiability in the poll process came up. The Technical Expert Committee on EVMs, appointed by the ECI, in consultation with the manufacturers of EVMs, ECIL, Hyderabad and Bharat Electronics Ltd (BEL), Bengaluru, political parties and members of civil society, oversaw the development of a prototype in 2011. A large number of trials and field tests were done followed by changes in the design, and a second version of the VVPAT prototype was made. It was again subjected to rigorous tests and the Technical Expert Committee recommended use of this version of VVPATs on February 19, 2013.

The Conduct of Election Rules, 1961, were amended on August 14, 2013, enabling the Commission to use VVPATs with EVMs. VVPATs were used with EVMs for the first time in a by-election in 51-Noksen (ST) assembly constituency in Nagaland. Thereafter, VVPATs have been used progressively in various elections.

Doubts continue to be expressed about both and VVPATs. As far as the EVMs are concerned, it can be said with a fair degree of confidence that they can certainly malfunction, like any mechanical-electrical equipment, but the possibility of their being manipulated seems very farfetched. The VVPATs are, however, another affair.

Just before the 2019 Lok Sabha elections, 21 Opposition parties petitioned the Supreme Court that at least 50 percent of VVPAT slips or 125 polling booths in each constituency be counted for verification, instead of one EVM as the ECI was planning to do. The Supreme Court increased the number to five instead of one.

During the 2019 Lok Sabha elections, held in seven phases from April 11 to May 19, 2019, the ECI launched a new initiative in the form of a new application called the “My Voter Turnout App” (later replaced with “Voter Turnout App”) which “is used to display real-time voter turnout details of each Assembly Constituency/Parliamentary Constituency including the number of men, women and third gender”. As the election progressed through various phases, the data displayed by the app, for constituencies in which the polling process was over, seemed to change from one day to the next. In addition, serious discrepancies were found between the number of votes polled and the number of votes counted.

When this was brought to the attention of the ECI, it issued a clarification via a press note on June 1, 2019, saying inter alia:

“Also, Index Card in use since last over five decades, is prepared by the Returning Officer to furnish the voting data (including postal ballot data), polled and counted, after the declaration of the result, which becomes the final authenticated data for all purposes including analysis and research… For General Elections 2019, Commission has already directed all the Returning Officers on 26 March 2019 to send the Index Cards within 15 days of the declaration of the Result.”

“In earlier elections, it used to take months to collect such authenticated election data from all the ROs. Even in 2014, it took between two to three months after the declaration of results to collect and collate such data in authenticated form. Due to the innovative IT initiatives taken by the Commission this time, the final data on votes counted has been made available within a few days of the declaration of results.”

A simple reading of the above excerpts shows clearly that “the final authenticated data for all purposes including analysis and research,” is prepared and is available only “after the declaration of the Result.” It seems very strange, actually defies imagination, that the result is declared before the authenticated data is available!

Since satisfactory explanations were not available, these issues are now in the Supreme Court. It is hoped that the Court will be able to get these resolved so that people’s confidence in the electoral process is ensured.

Jagdeep S. Chhokar is a former Professor, Dean, and Director In-charge of the Indian Institute of Management, Ahmedabad (IIM-A), and a founder-member of the Association for Democratic Reforms (ADR). Views are persona