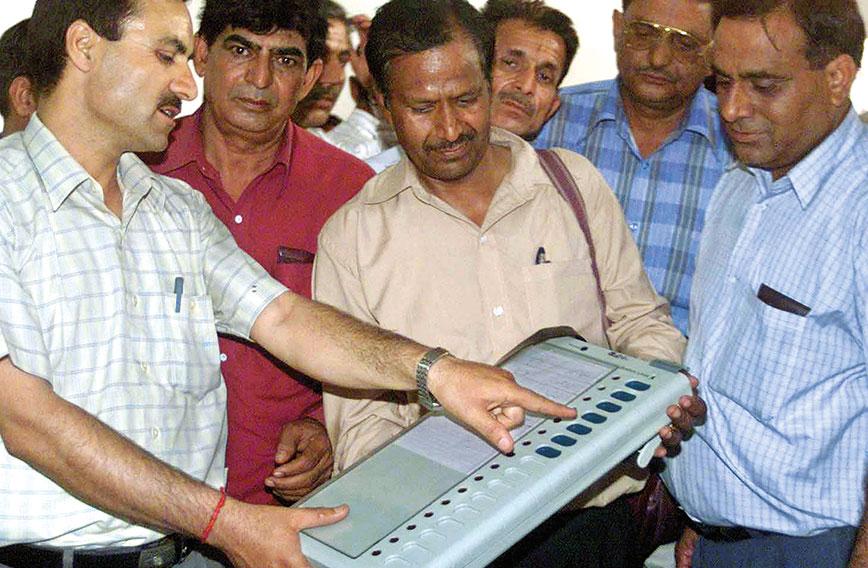 India is a representative democracy. We, the citizens, are expected and required to elect 543 members of the Lok Sabha and 4,120 members of various state assemblies as our ‘representatives’ roughly every five years. After we do our job of electing them, we do not think about how or well we are being represented. What needs to be remembered is that an MP or an MLA does not represent a citizen or a voter individually. He or she is a representative of a constituency.

Let us take a hypothetical example of how our representatives are elected. Let us assume that a constituency has 100 registered voters. The qualification ‘registered’ is very important because ‘registered’ voters are almost always different from total ‘eligible’ voters for the simple reason that all eligible voters do not, or cannot, get themselves registered with the Election Commission. The total population of our hypothetical constituency might be 500, out of which the ‘eligible’ voters might be only 200. These will be those who have attained the age of 18, and of these only 100 may have chosen to or may have been able to get themselves registered as voters.

The voting percentage in most elections in India is around 50-60 percent. Assuming that the voting percentage is 60 percent, of the 100 registered voters, 60 persons will cast their votes. To complete the calculation, we need to make one more assumption — that there are only six candidates. Assuming that all candidates are equally good and the 60 voters who voted did so fairly and equally, each candidate should get 10 votes. This exact situation will result in a tie but if this ideal situation does not exist, then any one of the six candidates who manages to get 11 votes will be declared elected. This is because we follow the ‘First-Past-The-Post’ system of deciding the winner.

A person getting elected with 11 votes out of 60 votes cast, means [(11/60)x100] which works out to 18.33 percent. The readers can decide on their own how representative a person elected with 18.33 percent of the votes cast is of the entire electorate. If, instead of ‘votes cast’, we were to consider the ‘total registered voters’ (which is 100 in this case), then the percentage of votes polled by the winner becomes 11 percent.

Another way to look at the same situation is to see how many people did not vote for the winning candidate, or voted against the winning candidate. As the winner has got 11 votes out of the 60 votes cast, (60-11=) 49 voters did not vote for the winner. This works out to 81.67 percent. Taking the ‘total registered voters’, again, makes this percentage 89!

While it may not be difficult to answer the first question, and presumably the answer would be in the negative, it is not easy to respond to the second question. It has been suggested that one figure to be considered is 50 percent.  This suggestion was made by none other than the Law Commission of India, way back in May 1999, in its 170th report which was titled “Reform of the Electoral Laws”. The Law Commission called it “An alternative method of election”, and described it as follows:

Describing what this “alternative method of election” is meant to achieve, the Law Commission said:

“This method of election is designed to achieve two important objectives viz., (i) to cut down or, at any rate, to curtail the significance and role played by the caste factor in the electoral process. There is hardly any constituency in the country where any one particular caste can command more than 50 percent of the votes. This means that a candidate has to carry with him several castes and communities to succeed; (ii) the negative vote is intended to put moral pressure on political parties not to put forward candidates with an undesirable record i.e., criminals, corrupt elements and persons with unsavoury background” (Para 8.2).

The Commission was not ignorant of the possible complications involved in implementing this method, as is obvious from the excerpts given below: “No doubt this method calls for a run-off and a fresh election in case no candidate obtains 50 percent or more votes even in the run-off, and in that sense expensive and elaborate, yet it has the merit of compelling the political parties to put forward only good candidates and to eschew bad characters and corrupt elements” (Para 8.2.1).

The Commission goes on to mention a possible solution: “If the above practical difficulties and problems can be overcome, the idea of 50 percent + 1 vote — and even the idea of negative vote can be implemented. We may mention that if electronic voting machines are introduced throughout the country, it will become a little more easier to hold a run-off election inasmuch as it would then be not necessary to print fresh ballot papers showing the names of the two candidates competing in the run-off — or for that matter, for holding a fresh election (in case the idea of negative vote is also given effect to)” (Para 8.7).

Electronic voting machines (EVMs) are now in use all over the country, and the provision for a ‘negative’ has also been made, albeit indirectly, by the provision of the NOTA (None-Of-The-Above) button on the EVMs by a decision of the Supreme Court of India in 2013; there is no reason for not implementing this “alternative method of election”. But it has not been implemented.

It is quite remarkable that the Law Commission was prescient enough to foresee this possibility and actually decided to put it on record:

“Alternative method mitigates undesirable practices. — Probably, the aforesaid problems arise because of the vastness of the country and lack of requisite standards of behaviour and also of cooperation and understanding among the political parties to ensure a peaceful poll… This is really unfortunate. Even so, we may make every effort to mitigate the undesirable practices and the alternate method of election set out in this chapter is certainly a step in that direction” (Para 8.8).

The Law Commission did its job 20 years ago but when the political establishment will do what only it can do, no one knows.

Jagdeep S. Chhokar is a former Professor, Dean, and Director In-charge of the Indian Institute of Management, Ahmedabad, and a founding member of the Association for Democratic Reforms.