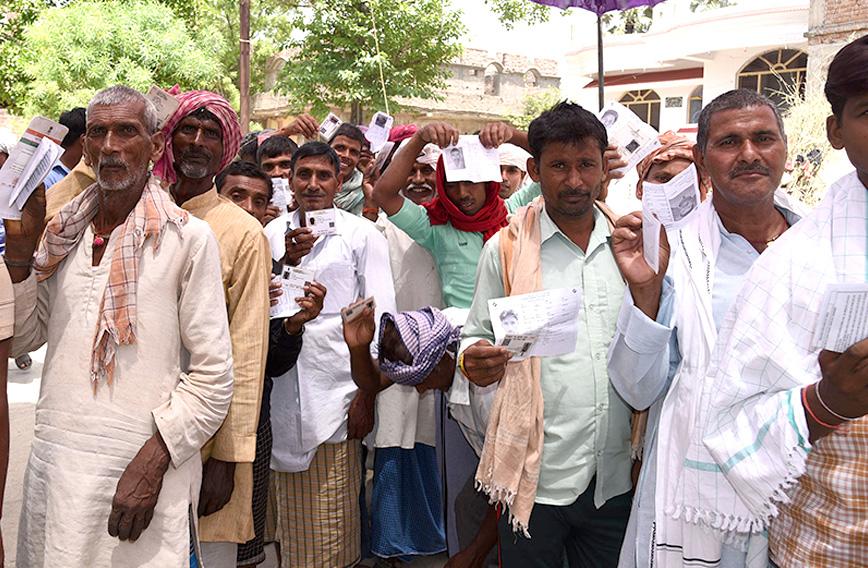 The declining aura of the Election Commission

In 2011, when then US Secretary of State Hillary Clinton visited India, she referred to the Election Commission of India (ECI), as the “Gold Standard” in election management worldwide.

The first Chief Election Commissioner (CEC) was Sukumar Sen who served from 1950 to 1958. He supervised two Lok Sabha elections, in 1951-1952, and in 1957. Conducting an election in such a vast country, with a literacy rate of 18.33 percent in 1951, was pioneering work and required a high level of innovation. The newly formed ECI rose to the occasion with innovations such as using symbols and overcoming innumerable logistic challenges.

The ECI continued to be a single-member body with just one CEC till October 15, 1989. Some differences of opinion between the government and the CEC resulted in the president appointing two Election Commissioners (ECs) in addition to the CEC. A new government was formed on December 2, 1989, and on January 1, 1990, the two newly created posts of ECs were abolished, making the Election Commission a single-member body again.

A similar situation developed again in 1993 when the then CEC, T.N. Seshan, turned out to be an independent-minded person who decided to assert the constitutional power of the Election Commission. This was not liked by the government and it appointed two ECs, apparently to put a check on the actions of the CEC. Piqued, the CEC went to court but his plea was turned down, with the court making some scathing observations:

“We have deliberately avoided going into the unpleasant exchanges that look place in the chamber of the CEC on 11th October, 1993 … these allegations and counter allegations found their way to the press, we do not think any useful purpose will be served by washing dirty linen in public … The CEC and the ECs are high level functionaries ... (and) have served in responsible positions at different levels. It is a pity they did not try to work as a team. … Unfortunately, suspicion and distrust got the better of them. We hope they will forget and forgive, start on a clean state of mutual respect and confidence and get going with the task entrusted to them in a sporting spirit always bearing in mind the fact that the people of this great country are watching them with expectation. For the sake of the people and the country we do hope they will eschew their egos and work in a spirit of camaraderie.”

These observations of the Supreme Court raise some doubts about the “Gold Standard”.

The “Gold Standard” found itself in the Supreme Court again in 2009. The then CEC recommended the removal of one of the ECs to the president for alleged partisanship, and not being impartial in his role as EC. The petition did not succeed.

The working of the ECI was celebrated in 2014 by the publication of a book titled An Undocumented Wonder: The Making of the Great Indian Election by S.Y. Quraishi, a former CEC.

Despite the above celebration, the sheen of the Gold Standard seems to continue getting duller. In the 2019 Lok Sabha election, the Election Commission seemed reluctant to take decisions on several complaints about violations of the Model Code of Conduct (MCC) by the prime minister and the home minister. These were kept pending till the Supreme Court ordered the ECI to decide all of them before May 6, 2019.

The ECI then considered all the complaints and decided that there had been no violations of the MCC in any of the cases. The decisions, however, were not unanimous. The dissensions were not recorded in the minutes of the meetings, and there was disagreement on this too. Copies of dissent notes requested under the RTI Act were denied by the ECI, saying it was exempted information which may “endanger the life or physical safety” of an individual.

The above happened in May. From September onward a series of actions was initiated against the EC who had dissented and his family, such as notices by the income tax department. All public sector undertakings under the ministry where this person had worked in senior positions were asked to search for any instances when he might have exercised “undue influence” during his tenure from 2009 to 2013. It was also alleged that his wife had become an independent director in several companies after he was appointed a secretary of the Government of India.

Impact on the Election Commission

From 1989 till now (mid-2020), elections to the Lok Sabha, Rajya Sabha, and assemblies have been held periodically in addition to elections for the posts of president and vice-president. Despite controversies, big and small, and umpteen court cases and election petitions, elections have been held and transfer of power amongst political parties has happened peacefully. This is a tribute to the values, systems, procedures, and traditions that were set up in the initial years.

There has been strain from time to time. These episodes became more acute during the 2019 Lok Sabha elections, as described above. The values and traditions have been diluted over time and the decline in the ECI has accelerated in recent years. One major reason seems to be the persons to whom the Constitution has entrusted the solemn responsibility of conducting free and fair elections. And this in turn is rooted in the processes of appointment and removal of the CEC and the ECs.

The CEC and ECs are appointed by the president, “in accordance with such advice” given by the cabinet. Thus, effectively, it is the government of the day that appoints the CEC and ECs, and no one else has a say in that process.

The CEC can only be removed from office through a process of impeachment with a two-thirds majority in Parliament. On the other hand, ECs can be removed by the president on the recommendation of the CEC.

The current appointment process results in a perception that the government appoints persons who do its bidding, thereby undermining the independence and integrity of the Commission.

The removal process does give the CEC security of tenure but at the same time creates insecurities in the minds of the ECs, thus, possibly, impairing their ability to be really objective in their decisions.

It has been suggested repeatedly that, to arrest and restore the fading sheen of the Gold Standard, the recommendations for appointment of the CEC and ECs should be made by a collegium consisting of the Prime Minister, the law minister, the leader of the opposition, or of the second-largest party in the Lok Sabha and the Rajya Sabha, and the chief justice of India. Another suggestion is that the ECs should be provided the same constitutional protection as the CEC.

The onus, obviously, rests on the political establishment, especially on the party in power. If and when this will happen, only time can tell.