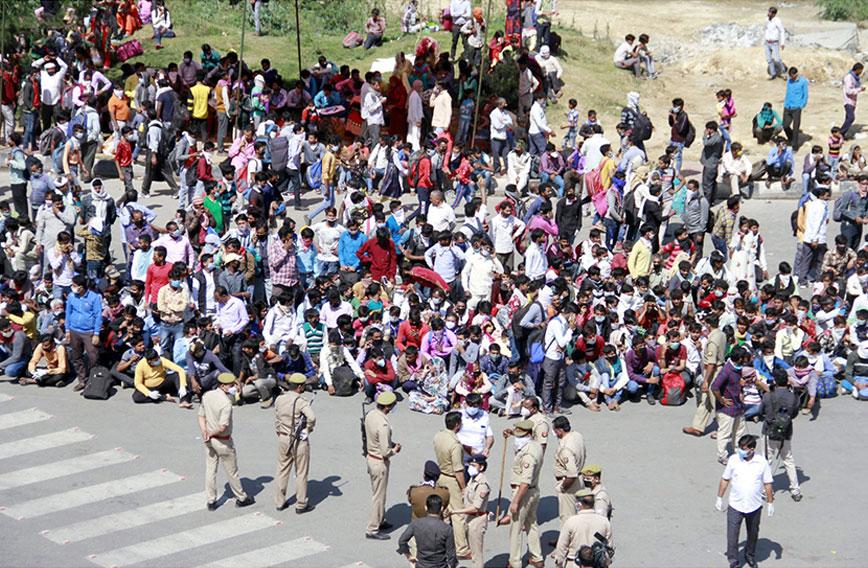 It is not easy to get down to writing when the country, indeed the world, faces an uncertain future due to the coronavirus pandemic. But this is perhaps a good time to try and explore the impact of the coronavirus on democracy.

It is well known that crises bring out the best and worst in people. So it is with societies. The coronavirus pandemic is arguably the worst crisis the nation faces since Partition in 1947 when India became independent. The vast number of people walking on highways is a grim reminder of that. How a society performs during a crisis is determined by how it is governed.

Rajendra Prasad was president of the Constituent Assembly and then elected the first president of the newly formed republic. Here is an excerpt from his closing speech, pertaining to governance, that he made on November 26, 1949, just before the resolution, “That the Constitution as settled by the Assembly be passed”, was put to vote.

“Whatever the Constitution may or may not provide, the welfare of the country will depend upon the way in which the country is administered. That will depend upon the men who administer it. It is a trite saying that a country can have only the Government it deserves ... If the people who are elected are capable and men of character and integrity, they would be able to make the best even of a defective Constitution. If they are lacking in these, the Constitution cannot help the country. After all, a Constitution, like a machine, is a lifeless thing. It acquires life because of the men who control it and operate it, and India needs today nothing more than a set of honest men who will have the interest of the country before them … It requires men of strong character, men of vision, men who will not sacrifice the interests of the country at large for the sake of smaller groups and areas and who will rise over the prejudices which are born of these differences. We can only hope that the country will throw up such men in abundance … I have no doubt that when the country needs men of character, they will be coming up and the masses will throw them up.”

Rajendra Prasad makes another sagacious observation about India and Indians:

“We have a tendency to blame others for everything that goes wrong and not to introspect and try to see if we have any share in it or not. It is very much easier to scan one’s own           actions and motives if one is inclined to do so than to appraise correctly the actions and motives of others. I shall only hope that all those whose good fortune it may be to work this Constitution in future will remember that it was a unique victory which we achieved by the unique method taught to us by the Father of the Nation, and it is up to us to preserve and protect the independence that we have won and to make it really bear fruit for the man in the street.”

If we look at the current state of the country, while it is undergoing an epidemic, we might gain some insight into what is going on, why, and what is likely to happen in future.

The other important observation is from Ambedkar, who was chairman of the Drafting Committee of the Constituent Assembly and is often referred to as the architect of the Indian Constitution. Ambedkar’s speech was very wide-ranging but here is something he said that has a bearing on governance:

“There is nothing wrong in being grateful to great men who have rendered life-long services to the country. But there are limits to gratefulness. As has been well said by the Irish Patriot, Daniel O’Connel, no man can be grateful at the cost of his honour, no woman can be grateful at the cost of her chastity and no nation can be grateful at the cost of its liberty. This caution is far more necessary in the case of India than in the case of any other country. For in India, Bhakti, or what may be called the path of devotion or hero-worship, plays a part in its politics unequalled in magnitude by the part it plays in the politics of any other country in the world. Bhakti in religion may be a road to salvation of the soul. But in politics, Bhakti or hero-worship is a sure road to degradation and to eventual dictatorship.”

This observation is also helpful in understanding the current goings-on in the country.

Now we come specifically to corona and democracy. Two professors of governance at Harvard University, Steven Livitsky and Daniel Ziblatt, have studied the possible impact of crises on democracy. In their book, How Democracies Die (2018), they say that “The combination of a would-be authoritarian and a major crisis, can, therefore, be deadly for democracy.”

They support their statement with some arguments. One is: “Citizens are also more likely to tolerate — and even support — authoritarian measures during security crises, especially when they fear for their own safety.” They continue, “Even democratically elected presidents can easily concentrate power and threaten civil liberties during war.” They conclude the discussion with:

“For demagogues hemmed in by constitutional constraints, a crisis represents an opportunity to begin to dismantle the inconvenient and sometimes threatening checks and balances that come with democratic politics. Crises allow autocrats to expand their room to maneuver and protect themselves from perceived enemies.”

What do the above observations tell us about COVID-19 and democracy? The coronavirus outbreak was initially thought of as a major public health crisis. Over time the realization came that it will also have a significant impact on the global economy. So, in addition to health and economic crises, the coronavirus epidemic will also have a major, perhaps defining, impact on how democracy works.

While Indian democracy will most certainly be impacted, the effect of COVID-19 will not be confined to democracy in India. The working of democracy across the world is unlikely to remain the way it is. Perhaps it is premature to speculate on the direction of change but what can be said with reasonable confidence is that democracy, as we have known it so far, may well become unrecognizable.