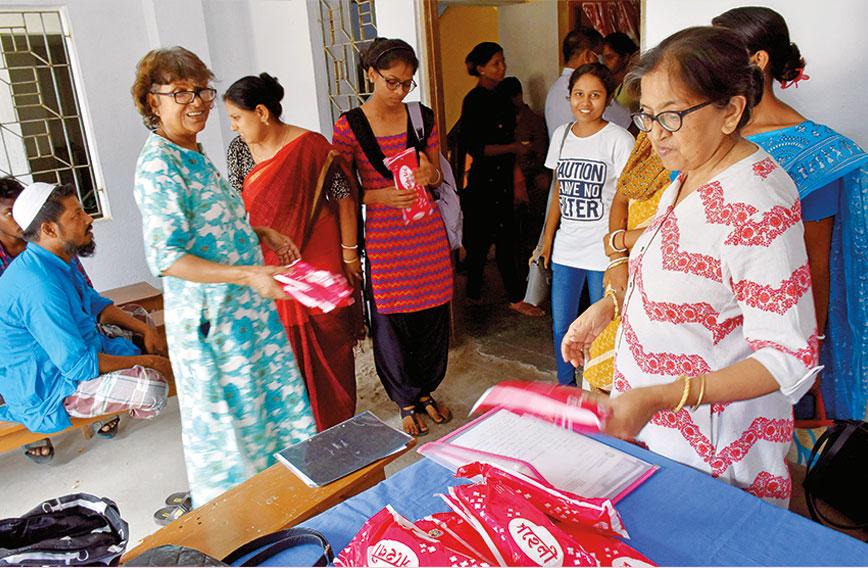 Retired women professionals got together to empower local women

THE ladies who run the civil society organization, Sukriti, recently went to address the general assembly of the Krishnachandrapur High School at Mathurapur, near the Sundarbans in South 24-Parganas. They had before them a distinctive sight — a huge gathering of several thousand youngsters.

Being a coeducational school, it was normal for both boys and girls to be in an assembly. But what was unusual was the topic: ‘menstrual hygiene’. What did boys have to do with it? A lot, it seems, according to the highly progressive headmaster of the school, Chandan Kuman Maiti.

His contention was that there should not be any hide and seek about menstruation, a natural regular occurrence among women. Boys, as much as girls, should take it in their stride. Menstruating adult women should take it as a regular routine in their lives as should boys with menstruating classmates among them.

What is noteworthy is that the huge high school with very disciplined students is a free, state government-funded institution which imparts teaching in the local Bengali medium, not an upmarket English-medium city school run by progressive thinking. As the ladies soon realized, it was the progressive minded and competent headmaster who made all the difference.

Sukriti, a registered society, is now a 10-year-old organization and its chosen mission is two-fold — to empower local women from the lowest strata of society so that they can earn a decent living and be independent, and to enable them to practise proper menstrual hygiene by knowing the drill and having the necessary wherewithal.

The organization was founded and is still being run not by progressive youngsters but retired women professionals who wanted to do something useful after they retired. Uma Sen, the president, was a chief manager in a public sector bank and Dipali Saha, the secretary, was a senior manager in a corporate. They were later joined by Mira Sen (the two Sens are spinster sisters), the treasurer, who was a Class I officer with the central government.

The organization works mainly in three West Bengal districts — South 24-Parganas, Purulia and Medinipur — among rural and urban women. It runs skill development programmes for girls so that they can become nursing assistants or practise tailoring, embroidery and the highly rated traditional craft of kantha stitching. Most recently, it has started a bakery where girls can pick up the skills to make and sell their own products.

Sewing machines are given to successful tailoring students who can work independently from home to earn a living. For this they are also given a bit of basic business education like how to maintain accounts and market their products. Those who wish to take up a job are helped to find one. Girls who have completed the nursing assistant training are placed with government hospitals for a three-month on-the-job training. 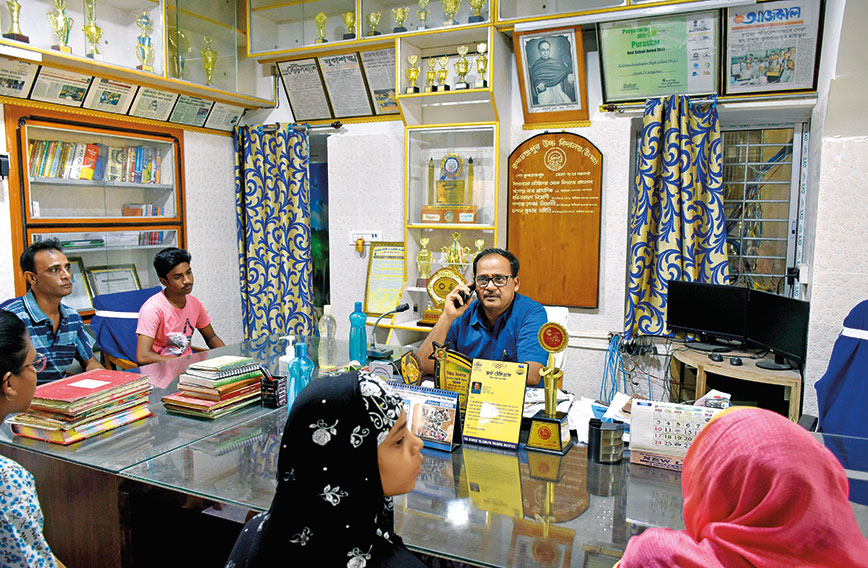 The sanitary napkins that Sukriti makes are first distributed free in a particular area and then, after women have got used to using them, at Rs 10 for a packet of eight. In Purulia, where the mostly tribal people are particularly poor, the packet is priced at Rs 5. The production cost for a packet is Rs 20.

It also makes maternity pads and has a close working relationship with the well-known non-profit, the Ramakrishna Mission Seva Pratishthan hospital, where maternity pads are supplied for patients at Rs 50 per packet of 10. The aim of making maternity pads and selling them to hospitals is to develop a steady income stream.

The campaign to spread the message is done through schools and village contacts and group meetings where napkins are distributed free in order to help the women develop the habit of using proper napkins. Once they do so, napkins are sold to them at well below the market price. What is most heartening is that the adoption rate, the percentage of girls deciding to follow the right practices, is very high, at around 75 percent, and they are willing to pay a small sum for it.

The women who run Sukriti bring to it their own skills. Other than the Sen sisters, a key role is played by Saha, the treasurer. She helps liaise with firms who are willing to use their corporate social responsibility (CSR) budget for a cause like this. Exide, for example, is impressed by the work being done and has decided to help out.

As for its own staff, Sukriti has two full-time employees and makes use of about a dozen part-timers as and when the need arises. The whole idea is for the organization to be able to run on its own with the skills available within itself and the funding and revenue it is able to come by. One person is made responsible in each area for sales.

For those involved with Sukriti, working with village women to skill them has been a learning process. They found that poor village women were not at all conscious about menstrual health and used things like rags which sometimes became a source of infection and illness.

From this knowledge was born the idea of starting a unit to make sanitary napkins. But it proved very difficult to find a place in a rural area to set up the unit. Eventually it was housed in the organization’s own office in Kolkata.

Initially it took a lot of effort to establish a system to churn out standardized products. But once this was done and the product was found acceptable, the organization adopted the brand name “Sahelee” for the napkins. This financial year Sukriti plans to spend around Rs 15 lakh which will be raised from donations (individual and corporate) and sales proceeds.