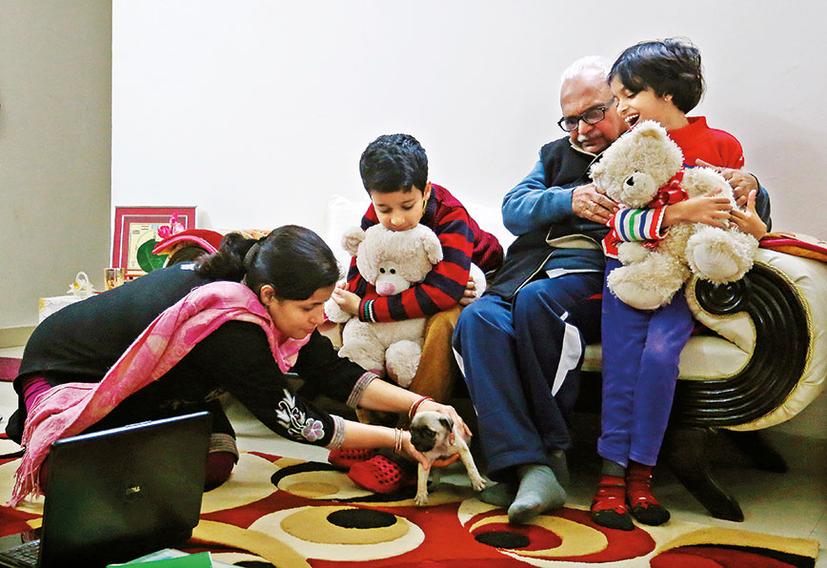 When to say goodbye

Recently, a 104-year-old renowned Australian scientist, David Goodall, bought a one-way ticket to Switzerland. Why? His quality of life had so deteriorated that he did not wish to live any longer. Hence, with a clear mind he decided to end his life through assisted suicide. But to do this he had to leave Australia where it is not permitted and go to Switzerland where it is.

This made me go back 20 years and fish out something I had written in a much steadier hand than I have now. On both sides of a single page from a scribbling pad made out of leftover pink newsprint (I then worked for a pink business paper) that the cost-conscious newspapers supplied its staff, I had written out what could be called a living will.

It began thus. “When there is little chance of reviving me back to clear consciousness, I do not want to be technically kept alive with support systems. I do not want to live as a vegetable. In such a case, the plug should be pulled.

“In case I am so afflicted as to have to live the rest of my life in incurable severe pain
or be physically severely incapacitated, then the doctors should resort to mercy killing without referring to me. I am a firm believer in euthanasia.”

A decade later, shortly after I had retired, I had written in one of my columns, “How to spend your last days is an intensely personal issue and every individual must have the right and ideally the means to make a choice. I have no doubt that euthanasia will eventually be widely allowed as the global population ages. But what about the days leading up to it? I want to join a campaign (it takes years to develop the right mindset) to live and die with dignity; put in place clear instructions on what I want done when I am unable to decide my own treatment — not just when to pull the plug (euthanasia) but when to say no to doubtful costly procedures and treatments.”

India, a laggard in the matter of euthanasia, took a small step forward in early March when the Supreme Court, in a verdict, approved passive euthanasia. Under it the terminally ill could refuse medical treatment so as not to prolong suffering. But this is different from physician-assisted suicide or active euthanasia which remains disallowed and must await enabling legislation.

A key element of the court’s decision was allowing the practice of executing a living will, “advance medical directive” or AMD. You execute a living will when, being in clear command of your sense, you leave instructions on how you are to be treated when you are extremely ill and in no position to indicate how treatment will be extended. This relieves doctors and families of the need to take a decision, for example, on withdrawing the life support system for a patient in coma as he had himself willed it so under such circumstances.

But having given legal sanctity to the living will or AMD, the court laid down the most stringent steps which have to be taken to execute and work the directive. The document, which should specify a person authorised to act on behalf of the patient when he himself is in no position to act on his own behalf, has to be signed in the presence of two witnesses and countersigned by a jurisdictional judicial magistrate first class (JMFC).

The directive can be acted upon only when a person is terminally ill, by first constituting a medical board to certify the carrying out of instructions. Once this board gives its approval, a second board has to be constituted by the chief district medical officer with several specialists which should endorse the decision of the first board. Then the JMFC has to visit the patient and authorise the implementation of the board’s decision. This whole procedure has been criticised as “cumbersome” and “unworkable”.

It has taken a long time for the court to come this far. In 1996 it said the right to live with dignity included the right to die with dignity. Prolonging life did not take away the right to live with dignity. But the right to live did not include the right to die. One of the five justices who delivered the present verdict, Justice D.Y. Chandrachud, while concurring with the verdict, carefully nuanced it. Avoiding suffering, the objective of euthanasia, may not be the result of passive euthanasia. It may save the dignity of medical practitioners but not the dignity of the patient. He also criticised the 2011 Aruna Shanbaug case verdict of the court which left the decision of withdrawal of the life support system to the hospital staff. This placed the caregiver on a higher pedestal than the patient. Withdrawal of life support system may amount to active euthanasia.

But whereas active euthanasia shortens life, passive euthanasia allows it to ebb away. So, argued Justice Chandrachud, active euthanasia requires legislative authorisation. Justice Ashok Bhushan, another judge on the same bench, also argued that as the court has upheld abetment of suicide as an offence, no one, not even a physician, is permitted to cause death even if to relieve pain. So Indians must keep waiting for active euthanasia to be legally allowed as few will have the money to go to Switzerland like the Australian scientist.

The right to die with dignity through assisted suicide amounts to a person exercising a choice — preferring a certain quality of life over simply having it extended through the use of modern medicine. This has an added dimension in India today. An unethical private medical system sometimes fails to give the family and friends of a critically ill person the right advice — take him off life support systems and intensive care and take him home to die in peace, sedated and without pain, as he has no hope of living with anything near a minimum quality of life. In fact, as we get older, we should join groups which help us prepare to face death calmly and without going through pointless treatment which can often only bring financial ruin to our families.