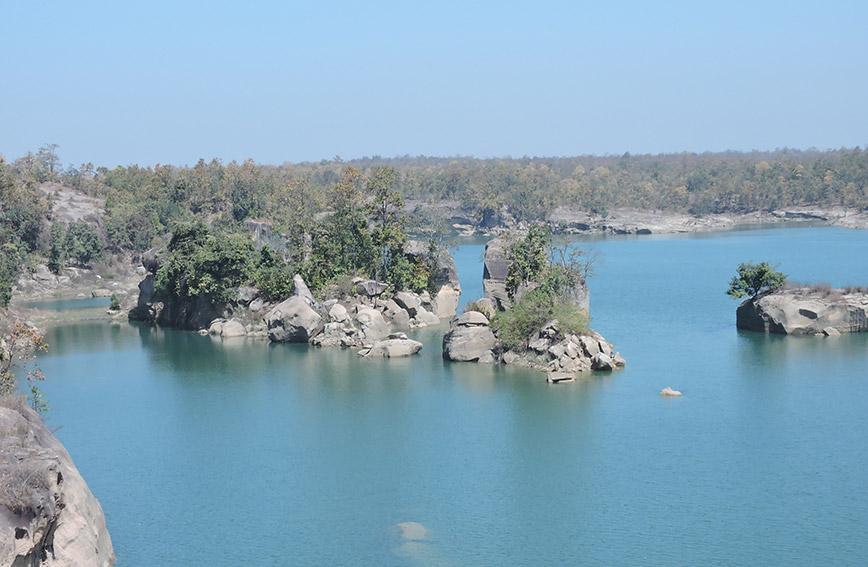 The Hasdeo river and the Hasdeo Arand forest area

Why 5 June is a pretence

It’s just gone by, 5 June or World Environment Day. Once again there were email alerts, text messages and announcements about pristine nature and assurances of its protection. Planting of trees, a symbolic act, was repeated. The Union Ministry of Environment, Forests & Climate Change celebrated the day with the theme of connecting people with nature.

Now that all the events are done and dusted, let’s look at how much environment is really a priority in India.

Take, for instance, one of the longest standing issues facing environment governance in India — the manner in which impact assessment procedures are adhered to. One would think that 23 years after a legal framework was put in place some basic requirements of authenticity of information and public participation would be resolved.

But travel to the coast of Maharashtra and cold reality strikes. In March 2017, a public hearing for the construction of a captive jetty by I LOG Ports Private Limited was proposed, the site of which is Nate village, Rajapur taluka of Ratnagiri district. This was the second time the public hearing was to be held. The first time it had to be postponed since the basic documents required for an informed hearing were not made available in the local language as required by law.

This time around, it was the assessment itself. Their Environment Impact Assessment (EIA) was prepared by Bhagavathi Ana Labs Private Ltd, an approved and accredited consultant to carry out such studies. Scrutiny revealed otherwise.

Not only was the assessment highly inadequate since the project was going to critically impact the biodiversity and livelihood of the ecologically fragile Ambolgad Nate area, there were parts of it that had been picked up from a report by the Bombay Natural History Society (BNHS).

A letter dated 7 March 2017 to the Maharashtra State Pollution Control Board by the Director of BNHS says: “The report has copied word to word our work carried out under a project on coastal and marine biodiversity of Konkan without any citation of our work.”

It concludes emphatically: “The biodiversity section of the current EIA is fully plagiarized and copied from the BNHS report and warrants to be rejected outright, making public hearing untenable.”

The public hearing was cancelled, but this fact was not acknowledged. The Konkan Vinashkari Prakalp Virodhi Samiti, who brought this to light, is seeking action against the EIA consultants as well as cancellation of the EIA itself.

After all, the law has a provision that the environment ministry can reject a project on the grounds of false or misleading data being submitted, more so if such action can materially affect the appraisal of impacts. Ironically, there is nothing on plagiarism per se, an issue which keeps popping up time and again. The Samiti’s letters to the relevant authorities are yet to be acknowledged or answered.

None of this is surprising anymore at a time when environment laws are under constant review and amendment. Colleagues at the Centre for Policy Research — the Namati Environmental Justice Programme have consistently collected information and analysed the changes to the Coastal Regulation Zone (CRZ) notification. Part 4 of their series on coastal regulation reveals that the ministries of tourism, shipping and urban development have “demanded further reduction in the NDZ (No Development Zone) and more infrastructure on the coast (either for tourism, sewage and effluent treatment or ports).”

The building and construction sector has already benefitted from legal amendments. As I wrote earlier in the year, these projects don’t require detailed environmental scrutiny, provided “objectives and environmental conditions that can be monitored” are included in the permissions granted to building bylaws and related permissions. The issue is under challenge before the National Green Tribunal (NGT) and arguments are underway. Meanwhile, the sector can enjoy ease of doing business.

Recently, in central India, a group of villagers in Sarguja district of Chhattisgarh were worried. The district collector had called a meeting and some documents were being signed. Available documentation and conversations revealed that a Social Impact Assessment (SIA) was underway to assess the number of people likely to be impacted by the acquisition of land for the Parsa Coal Mine.

The discussion was a reminder of an earlier fact. In January 2015, 20 gram sabhas (village assemblies) of Sarguja, Korba and Raigarh districts in Chhattisgarh had met the environment minister and the minister for tribal affairs, and demanded that these areas should not be allocated for coal mining. These meetings were both a request and a word of caution, asking the government not to go ahead with coal mining as the village assemblies, invoking their constitutional rights, would definitely oppose it. Their homes are in the ecologically fragile and biodiversity-rich Hasdeo Arand and Dharamjaigarh forests area, which are also important elephant corridors in central India.

One of the projects of concern for the gram sabha representatives was the Parsa coal block. It was not just reallocated but its environment clearance process has been revived and is underway. The villagers have once again opposed the SIA process, and are likely to state their opinion at the public hearing on the Parsa mine as and when it is organised.

With sensitive coastal areas being opened up for port-led development, river interlinking submerging tiger habitats, and rail corridors to carry extracted ore zig-zagging across prime forest areas, hard reality strikes. It’s easy to celebrate the environment on one day and then slide into amnesia.