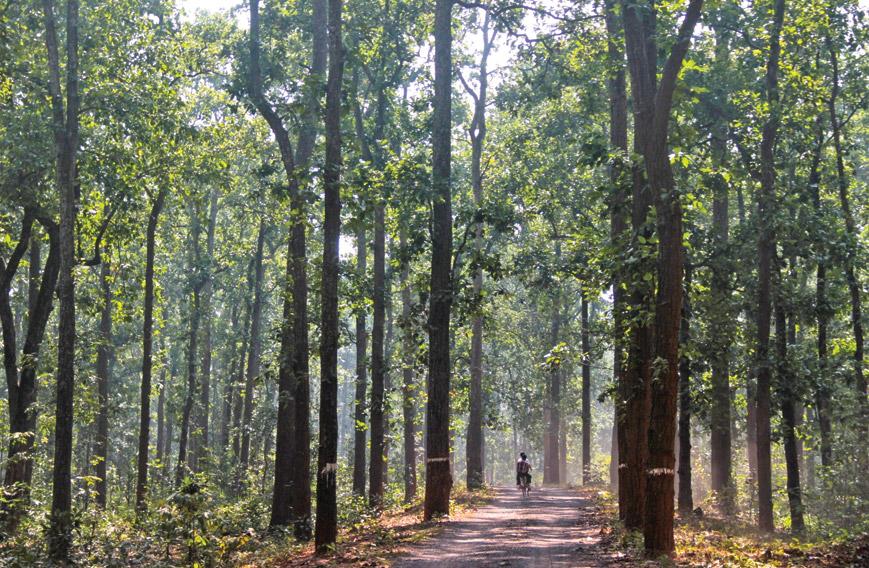 A forest in limbo

In mid-December, the international environmental discourse was bustling with analyses of the good and the bad of the Paris climate summit. Questions were being raised on what would bind countries to reducing greenhouse gas emissions and whether it was realistic to expect the world to wean itself from fossil fuels in the near future.

At the same time, a small but strong group of forest-dwellers in central India were neck-deep in demanding legal compliance to, once again, protect their lives, livelihoods and homes from the impacts of a coal mine.

A legal challenge and subsequent judgment of the National Green Tribunal (NGT) in March 2014 had brought to light that a joint-venture coal mining operation in Sarguja district of Chhattisgarh had been granted approval, based on an inadequate appraisal. The Hasdeo Arand forests, where this mine was located, had once been considered a ‘no-go’ area for coal mining because of its forest density and rich wildlife.

The NGT judgment records that “there was no comment or a specialist view of the Wildlife Management Plan forthcoming….”, before a decision was taken. It concluded that many other facts had not been adequately appraised by India’s Forest Advisory Committee (FAC).  Therefore, said the NGT, their decision required a review. In this reexamination process, the FAC, amongst other things, has to clearly ascertain whether the coal block area encompasses the migratory route or corridor of any wild animal and, in particular, elephants.

The FAC’s decision is a necessary step before the Ministry of Environment, Forests and Climate Change (MoEFCC) can either approve or reject a proposal for diversion of forest land for non-forest uses such as mining, roads, industries, dams and so on.

In the present case, 1,898.328 ha of Hasdeo Arand forests in Sarguja had been earmarked for setting up the 10 MTPA Parsa East Ketan Besan coal mine. In March 2014, the NGT questioned the adequacy of this approval, directed a stay on the mining operations, and a review of the decision.

Soon after the NGT’s directions, the project authorities approached the Supreme Court (SC), where the stay on the mining operation was revoked. However, the SC allowed for continuation of mining and transportation of the ore only “till further orders are passed by the Ministry of Environment and Forests”. What this meant was that the SC had not in any way held back the FAC and MoEFCC from reconsidering their decision, which is mandatory as part of their judgment.

But did this happen? This was the question that members of the Hasdeo Arand Bachao Sangharsh Samiti (HABSS) and the Chhattisgarh Bachao Andolan (Save Chhattisgarh Movement) tried to ascertain from the environment ministry. In October 2015, they received a response to a Right to Information (RTI) application filed seven months earlier in January, saying that no action had been taken since the matter was subjudice.

The RTI response also included minutes of an FAC meeting held in April 2014 when a detailed agenda note was put forth and it had been concluded that the case “may be submitted before FAC for consideration”. After this nothing seems to have happened except that business as usual has worked in favour of the mining operations. This, despite the fact that the SC and the NGT both appear to be awaiting a response from the MoEFCC and the FAC.

In mid-December, Alok Shukla, one of the conveners of the CBA, wrote to the Chairperson of the FAC and forwarded copies of the letter to other relevant officers, asking that this lacuna be addressed. The letter simply points to the orders of the NGT and the SC and raises the issue that the SC has not stayed the process of the FAC having to reexamine its decision. In fact, the SC has allowed the mining operations to proceed until further orders from the MoEFCC. The letter also demands compliance for the NGT’s orders and a thorough examination of the issues by the FAC.

No answer, action or response has been forthcoming till the time of writing this. For all of us, the above story remains a crucial reminder of how decisions around forests continue to be taken in India. State and national capitals, expert meetings and judicial directions all remain far away from the people living around the PEKB mine. Yet they determine the present and future of many similar contexts across the country.

This is not just a legal story. It is a story of how what we call home, what is everyday life, and how food is cultivated and gathered can just simply be “written off” one day. Someone far away with complete detachment from villages and forests can choose to sign off many futures. Where there is some luck, a mere notice might come their way. But where there is little hope, the ministry might actually get their act together following your appeal! Either way, the decision-making ecosystem of how and for what purposes forest areas like Hasdeo should be opened up, remains an unresolved challenge.