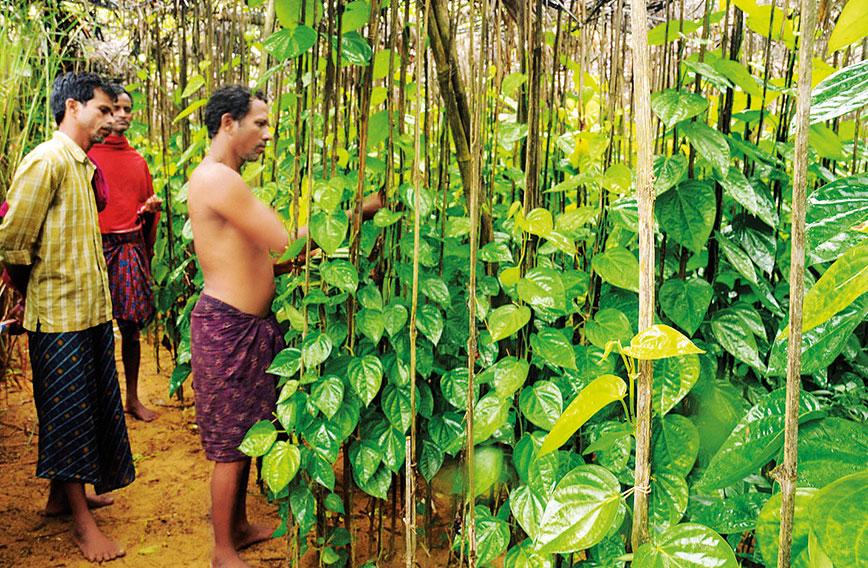 Nuagaon is well-known for its thriving betel gardens

SIlence can mean different things. It could mean that all is well. Or that you didn’t hear the noise.We don’t hear about events that take place at a distance from us if our favourite TV channels or hashtags don’t trend them. If it’s out of earshot, it’s out of mind.

This is one such instance. At one point of time the anti-POSCO protest was one of India’s most significant people’s movements against a large foreign direct investment that had the backing of both the central and the state governments. The sustained resistance of a few affected villagers over a period of 10 years, along with litigation related to serious regulatory lapses and strong research, led POSCO to withdraw its stake. This was a popular project that sought to construct a steel plant and port in Jagatsinghpur in Odisha. The environment ministry had supported the South Korean company’s applications and the Prime Minister’s Office (PMO) had pushed for a decision in the company’s favour.

In April 2016, the company stated before the National Green Tribunal’s (NGT) Delhi bench that it was not in a position to pursue its investment in India. The global drop in iron ore prices, delay in getting allocation of the iron mine in Khandadhar and fresh investigation following long-term litigation had all played a part. At the grassroots, villagers were continuing to ask for three things: sustaining their livelihoods, recognition of forest rights and revocation of all the ‘false’ cases against those who were at the forefront of the agitation.

The people resisting the project realised the road ahead would not be easy. But what they had not envisaged was that they could be walled in after POSCO withdrew.

On 27 April, the Odisha Industrial Infrastructure Development Corporation (IDCO) cancelled the allotment of forest and non-forest land in favour of POSCO. Soon after they began constructing a boundary wall at Nuagaon and adjoining villages to secure the land into a land bank. This came to light only when a regional newspaper published the story and the Posco Pratirodh Sangharsh Samiti (PPSS), heading the anti-POSCO agitation, responded to the development. Till then there was scattered news that the Odisha government was looking to reinvest the land, but there was no physical demarcation of the area.

PPSS immediately wrote to the regional office of the Ministry of Environment, Forests and Climate Change (MoEFCC), pointing out that the area being cordoned off included forest land. This was on 13 June. The ministry had granted approval to use 1,253.225 hectares of forest on condition that, first, the legal status of forest land would remain unchanged and that the diversion was only for the specific purposes of the “establishment of Integrated Steel Plant and Captive Port by POSCO-India Pvt. Ltd., in Jagatsinghpur district of Orissa". Therefore, claimed the PPSS letter, the construction of the wall was illegal.

When the regional office did not respond, the villagers decided to take the matter to the Kolkata bench of the NGT. Since then the matter is pending before the bench. There have been six hearings and a reply from IDCO arguing that it is well within its rights to allocate the land to a land bank for future industrial use. The NGT appeal, in turn, argues that since the state government never issued the mandatory order allowing for the forest to be diverted, construction of the wall is simply not as per law. This is apart from the violation of the conditions of the approval letter.

When the POSCO struggle was at its peak, villagers had raised another legal issue — that their right had not been recognised to the land that had been diverted in favour of the company. This needed to be done as per the Scheduled Tribes and Other Traditional Forest Dwellers (Recognition of Forest Rights) Act, 2006. When the approval for diversion was issued, the environment ministry’s position was that the rights process had been completed as per the assurance of the state government. The explanatory note put out by the then environment minister, Jairam Ramesh, had said: “Faith and trust in what the state government says is an essential pillar of cooperative federalism.”

For the people, this issue continues to be unresolved, and that is the latest development. This is the same area that was once earmarked for POSCO where IDCO is staking its claim. On 6 December the palli sabha (village assembly) for Gobindpur village opposed the construction of the wall and demanded that their rights be duly recognised under the 2006 Forest Rights Act. News reports indicate that the villagers have demanded the state government hold a mandatory village assembly before initiating the construction work.

Even as the issue is gaining traction, one question arises: Why doesn’t the construction of the wall by IDCO make the same noise nationally as POSCO’s actions did? After all, it is the same people, the same land and the same concerns. Except that this is the state government duly elected by the people and not a foreign company bringing in the largest FDI into India.