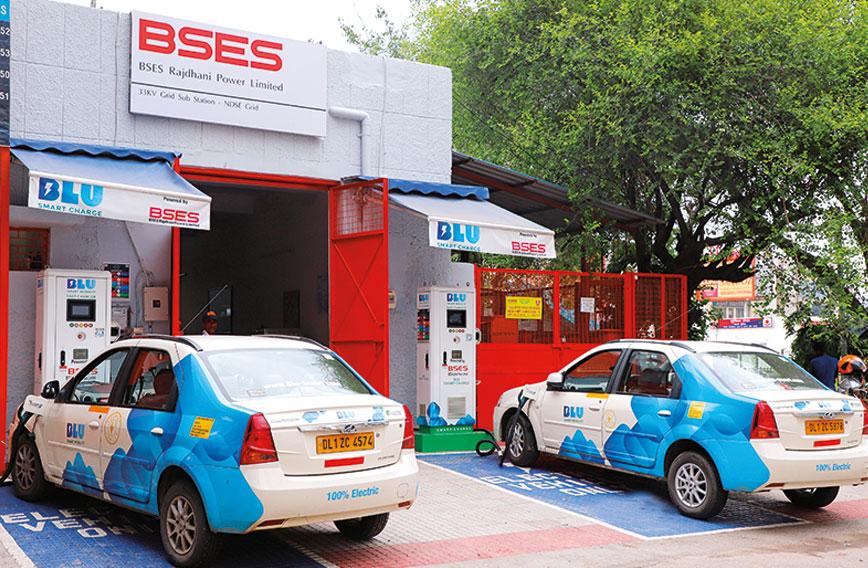 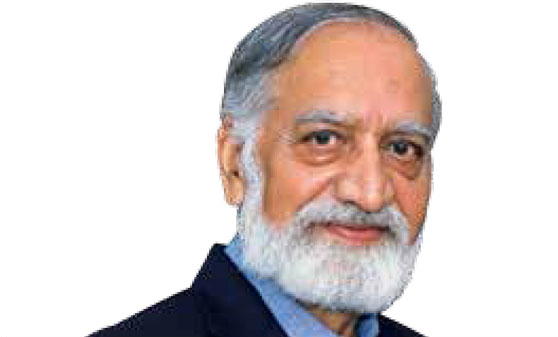 Mohenjodaro, amongst the oldest urban settlements in the world and a part of the heritage of India, is probably the first city to have used technology for public utilities. Excavations show that it had a sophisticated and well-laid out system for underground drainage and water supply, over 4,000 years ago, pointing to the use of hydraulic engineering techniques. Given the state of many of our cities today, one wishes that those who designed these systems would be reincarnated as town planners today!

Over the centuries, as humans aggregated together, these early settlements developed into cities like Mohenjodaro becoming increasingly important economic hubs and wealth creators. Today, urban areas account for 55 percent of the global population. In India, long considered a rural and agricultural country, with its half a million villages, city-dwellers already account for over a third of the total population. The Delhi urban agglomeration alone is home to over 25 million people. Rapid urbanisation will result in the addition of over 400 million to our cities by 2050.

Fast-growing cities face severe challenges in the provision of public services to their residents, even as economic imperatives demand their smooth and efficient functioning. The list of such services gets longer, as awareness and expectations translate into need. It now includes: power, water, sanitation, safety, housing, roads, mobility, clean air, health, education, parks and playgrounds, cultural spaces and parking areas. The challenge of providing these can only be met through the use of technology. What follows is a broad outline of how new technologies can be used in our cities.

In any city, land is one of the biggest factors: its availability, terrain and location determine cost, use and growth of the city. This is one of the areas in which technology now plays an important role. Earlier, imagery from satellites was used to make maps that showed topography and land use. This facilitated urban planning by clearly identifying vacant land, floodplains, water flows, tree cover, etc. It also showed growth over time, encroachments on public land and sources of pollution in riverine and coastal cities.

Satellite imagery has seen vast improvements in resolution, enabling far more accuracy, but it has its limitations. More recently, it is being supplemented by pictures from drones, which can be used when required, with greater localisation and precision. Such imagery is a key input to urban planning – be it for location of public facilities, planning for roads or for rail/Metro lines, or for identifying suitable areas for further expansion of the city. Along with location-based demographic and other data to create a geographical information system, the imagery can be used to identify the most appropriate location for a school, a Metro station, a hospital or health facility, a park and other such facilities. Imagery has also been an input to easily identify offices or houses which have not paid property tax, thereby helping to increase the revenue of the municipal body.

One of the biggest challenges in all cities is mobility. Rapid growth and prosperity have clogged the roads with ever more two- and four-wheelers. The neglect of public transport in almost all Indian cities has accelerated the trend of personalised transport, even as public policy (despite some lip service to the contrary) and road hazards have decimated both cycling and walking. In this scenario, technology provides some solutions. Fast and efficient mass mobility systems — mainly Metros and suburban trains — have been facilitated by technological progress. Sensors, cameras and improved signalling systems have made it possible to increase the frequency and speed, thus transporting more people per hour and enabling a reduction in commuting time. The latter attracts more commuters, improving the economics of the system. If this is translated into lower fares, it will trigger a positive feedback cycle between lower costs, more passengers and higher revenue.

New technologies for tunnelling are faster, cheaper and less disruptive. This not only lowers costs for Metro systems, but makes it possible to take them into congested, core urban areas, which most require such mass transit systems. As an incidental benefit, tunnelling also improves urban aesthetics by not having ugly, noisy and intrusive (often looking into homes) above-ground rail tracks or roads. American visionary Elon Musk, ever looking for innovative new tech-business opportunities, and driven by his frustration with traffic in Los Angeles, has set up the Boring Company, seeing a strong future for tunnelling. As in other areas (electric cars, rocket launchers), his involvement and investments are bound to give a further impetus to this technology. Thus, technology not only improves the efficiency and ease of living of a city, but also furthers a major objective of urban public policy: a shift to public transportation.

Technology is being used to create new app platforms for mobile devices. Apps like Google Maps are now commonplace: they not only show the route from one point to another (with detailed directions), but also indicate distance, the quickest route, the extent of traffic congestion along it, and time estimate for the journey (by two-wheeler, four-wheeler or walking); also the distance and time estimate of an alternative route. This convenience tool helps to save time and fuel, while decreasing pollution.

Data from such apps is of great value for traffic control and for longer-term planning of roads and mass transport systems. More immediately, it is used to detect and handle traffic jams. Instead of the conventional method (actual observation of traffic and improving its flow by manual changes of traffic signal timings by an on-the-spot policeman), automated on-line analysis of traffic data and remotely controlled signals make possible continuous optimisation — possibly even pre-empting jams.

A number of apps exist for locating parking spaces and these ensure a reduction in unnecessary driving to search for parking. Data on demand for parking in particular areas can be used for dynamic pricing of spots (a la airline seats). High rates can be used to discourage parking (and hence car usage) in certain areas and/or at peak times. This may incentivise car-pooling or use of public transport. The technology of apps-based taxis is another source of reduced use of private cars, of pollution and the need for parking space.

In some cities abroad, congestion charges are levied on cars entering the central business district (or other busy areas), reducing the use of cars. This requires the use of RFID tags, so that automatic identification of cars and a debit of the charge is possible as it drives through various entry points. In India, this technology is already being used at some toll gates and will soon be rolled out across all national highways.

A rapidly advancing new technology is that of electric vehicles. With their minimal pollution and noise, and increasing capabilities, they seem to be the future of mobility (autonomous — or driverless — vehicles are yet a long way off in terms of large-scale use). However, there are challenges with regard to the ecosystem, including the matter of charging stations. Also, for India and most other countries, there is the issue of a near-monopoly source of the rare earth minerals which are essential for batteries.

On the power front, advancing technology has considerably reduced the cost of solar cells, and increased their efficiency, making this renewable source of power more economical. In many cities, roof-top solar installations have become viable, especially with power buy-back by the grid. In addition, innovative business models mean that there are companies that bear the full capital cost of the installation and provide power to the home or organisation at a fixed rate per unit. For buildings with a large usable terrace area, this is an attractive proposition. It will see widespread adoption as further advances in solar cell technology drive costs even lower.

Smart meters will obviate the need to send people to each household to note their power consumption; the meters will automatically transmit the information to a central point for billing. More importantly, such meters will make it possible to track consumption by time of day. This will enable differential pricing of power supply, with higher rates serving to curb consumption at peak demand times.

On the supply side, apart from greater adoption of clean and “green” renewable power, technology is bringing about much improvement in the electricity grid. Increased efficiency, automatic detection and location of faults and optimised distribution mean fewer breakdowns and better service. It also helps to pinpoint areas of power theft, facilitating action (if there is political will).

Roads and rail have long been the important forms of connectivity in urban areas, apart from walking. In today’s world, though, an equally vital means is electronic connectivity, with i-ways often being more useful than highways. Many cities in India have recognised this, and are working towards providing wi-fi connectivity in public places. People can use this to instantly access all kinds of information on their mobile devices, even as they are on the move. This increases people’s (and the city’s) efficiency.

Connectivity also links various public assets to selected nodes — for example, trains or buses to a central control room — to facilitate tracking, monitoring or relay of instructions. More sophisticated systems enable preventive maintenance: an engine part can be replaced before a bus breakdown, on the basis of data transmitted by an embedded sensor, and its analysis through AI (using a model created by using thousands of cases of breakdown). This can be done for all physical infrastructure, minimising problems for residents. Sensors and connectivity are also useful for more routine functions, like automatically switching on or off street lights, depending upon ambient brightness. Motion sensors can also be used to switch on these lights only when there is pedestrian or traffic movement.

These, and a whole host of other applications of technology, including in the area of waste management and water, contribute to creating a so-called ‘smart city’. It is, however, a blunder to think of technology as a magic solution for all urban problems. Technology can, at best, be an enabler. How it is used, for whom it is used, and for what purpose: these are key questions. Subsuming all this is the public policy framework within which it is used. Unthinking use of technology, without a clear policy guideline, can even be counter-productive. For example, the use of ‘smart’ traffic signalling technology to increase the efficiency of the road system will reduce travel time for cars but may well encourage greater use (possibly, greater purchase too) of cars. Facilitating the location of parking slots may do the same. This will be the antithesis of promoting the use of public transport. A clear enunciation of public policy and goals will avoid such pitfalls, even as full use is made of technological advances and their applications. Clarity is essential about public good being the objective — as opposed to individual benefit. Safer cities, cleaner air and better utilities benefit all. Parks, playgrounds, cultural and entertainment centres are essential elements of a good city. Good housing, healthcare and education for all are obviously necessary. Any city that cannot provide these to all its residents is hardly ‘smart’.

There are issues about city governance — particularly the multiplicity of agencies operating with little coordination and diffused accountability — that need to be remedied. Technology can help here, especially in increasing efficiency, transparency and accountability, and reducing corruption. However, its effectiveness will be constrained by structure, systems and governance mechanisms. Technology can certainly help to transform our cities. However, the human element is key. Intelligent cities need intelligent individuals in charge: people who are smart, sensitive and driven by concerns about public good. Only then will we have smart, intelligent and happy cities.

Four thousand years from now, when bio-beings of the future excavate Delhi, will they be as impressed with it as we are with Mohenjodaro?