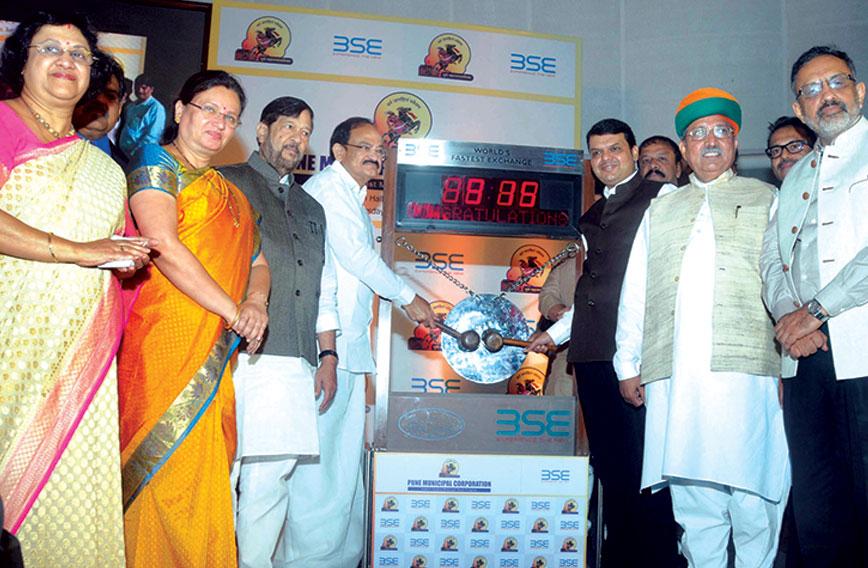 Municipal bonds are the long-term answer 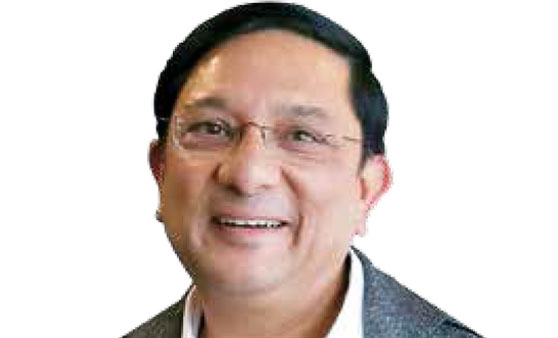 The boom-bust cycle in Indian infrastructure in the last few years with incomplete projects, bankrupt promoters and the drying up of bank lending has focused attention on financing projects. It’s clear that the overwhelming reliance on banks to fund infrastructure has inherent dangers–when the economic cycle turns down, bank financing can simply dry up.

So it was somewhat of a landmark move when Pune raised `200 crore from the issue of municipal bonds on the Bombay Stock Exchange two years ago to fund water supply projects. This was, in fact, just part of a much larger municipal bond issue of `2,264 crore to be raised in multiple tranches and pointed to the possibility that at a time of funding stress there were other sources of finance available for cities. The Pune bond issue was followed by one in Hyderabad in February 2018, also for `200 crore. And in August 2018, the government of Andhra Pradesh raised `2,000 crore to help it fund its new capital of Amravati. In one stroke, a single bond issue raised almost as much money as all municipal bond issues in India had raised till date.

Together, these bond issues pointed to a possible way out for cities faced with one of the biggest challenges in implementing the government’s smart cities project–funding. It was clear from the outset that cities identified under the smart cities programme could not rely on cash-strapped state governments for funding the over `2 lakh crore worth of projects. Central government support would be available only up to a point.

To put the matter in broader perspective, estimates made in 2011 (by the government and McKinsey, the consulting firm) are that Indian cities would require between $800 billion and $1.2 trillion of capital over the next couple of decades to provide services to an ever-burgeoning urban population. It is not realistic to assume that current sources of funding, whether taxes, grants or borrowing from banks or national/state governments, could cover these requirements. Alternative sources will have to be found.

Globally, municipal bonds are an established and major source of funding to close that kind of financing gap. In the United States, for instance, the current size of the municipal bond market is over $3.8 trillion and is used to fund schools, transport networks, health facilities and airports.

In India, the municipal bond market has a history stretching back over 20 years before the Pune bond issue. Bengaluru was the first city to issue such bonds, backed by a government guarantee, in 1997. Between then and 2015, however, municipalities in India have been able to raise only $291 million, according to a report by the Janaagraha Centre for Citizenship and Democracy. Funds were raised by cities such as Chennai, Ahmedabad, Hyderabad and Nashik, mostly for projects related to water supply.

Why has the municipal bond market in India been slow to take off?  Basic building blocks were not in place. Cities did not have even the most basic requirement for a lender to lend — a transparent and clear balance sheet, compiled in accordance with accounting principles that investors could be comfortable with. As the Janaagraha report points out, “municipal bonds in India have not been able to attract potential investors due to the opacity in finances and operational outcomes”.

It was in 2015 that the Securities and Exchange Board of India (SEBI) gave a big fillip to the municipal bond market by issuing regulations which enable municipalities to issue and list bonds. The SEBI rules standardise eligibility norms for raising such bonds and aim at ensuring a minimum level of transparency on the part of the city raising funds.

In 2017, 94 of 500 proposed smart cities and those included under the AMRUT scheme (Atal Mission for Rejuvenation and Urban Transformation) were rated by credit rating agencies, a first step to enable them to approach the market. Fifty-five of these cities received ‘investment grade’ ratings. The Union government too has offered a two percent interest subsidy of the total size of a bond issue to any municipality tapping the market.

This conjunction of changes — standardising of norms for issuers, ensuring transparency in accounts, the preparation of such accounts according to accepted standards and the credit rating of potential issuers — are major comfort factors for potential investors. The SEBI norms say that only cities which have had a surplus in their books in any of the three preceding financial years can raise money from the bond market. Only cities who have received an investment grade rating will be able to access the bond market.

Thus, while less creditworthy cities will always need government support to a considerable extent, there is little reason why bigger and more economically dynamic cities should not be more attractive to investors and be less dependent on government finances. In an additional fillip to the market this May, the Reserve Bank of India (RBI) and SEBI have allowed foreign investors to buy municipal bonds in the Indian market.

The SEBI norms also make it clear that bonds which are to be publicly listed must earmark revenue streams into an escrow account to service debt payments. Bond issues which don’t have a dedicated source with which to service debts can only be placed through a private placement with a high level of minimum investment. This ensures that only sophisticated investors with the risk appetite will be able to participate in riskier bond issues.

The success of the new norms is there for all to see — apart from the issues by Pune, Hyderabad and for Amravati, other cities which raised money last year included Indore and Bhopal. Over 2017 and 2018, a total of `2,900 crore was raised — more than what had been raised put together in 20 years.

In Pune, proceeds of the bond programme are to be used to fund an ambitious 24x7 water supply project. The project will involve smart metering of water consumption and, for the comfort of investors, a consumption-based telescopic water tariff for the next 30 years which will gradually increase revenues from the project to make it self-sustaining. In addition, a proportion of the Pune Municipal Corporation’s property tax revenues have also been pledged toward debt servicing the bond issue.

The Hyderabad bond issue was to be used to fund the construction of multi-layer flyovers across the city to ease traffic congestion. Again, a proportion of property tax revenues and other user charges and fees are to be escrowed to pay debt service.

And it’s not just ‘top tier’ cities such as Pune or Hyderabad which are able to raise money. Smaller, but well managed cities have also been as successful. Indore, for instance, raised about `140 crore to fund urban clusters’ development under its smart city programme last year. Bhopal raised `175 crore.

Even better, there is a way out for less creditworthy cities which may not be able to raise funds on their own. A bunch of such cities can come together and raise funds under a single banner, through a special purpose vehicle (SPV). A state-level SPV can be set up to raise funds with state governments and donor agencies acting to guarantee issues of debt from the SPV.

Such an SPV can raise more funds with a better credit rating than any of the individual municipalities comprising the SPV can. Way back in 2003, the Tamil Nadu government had introduced such a model under which a collection of 14 municipalities in the state had banded together and raised debt to fund water projects. Karnataka too has done the same.

In fact, the urban development ministry has approved a Pooled Finance Development Fund (PFDF) to provide credit enhancement to such SPVs, enabling them to raise funds on good terms from the market.

Bond issues are not a quickfix for long-term structural problems, though. Take Bengaluru, for instance. There is little doubt that economically, the city is booming. But 20 years after being the first city to raise funding from a municipal bond issue, the city’s finances are in a mess. It is still dependent on government grants for half its revenues.

Or take Pune. According to a news report, even a year after raising `200 crore through bonds, the funds remained unutilised and stuck in fixed deposits. Tenders for the water project for which the money was raised had to be cancelled because of charges by corporators that the bidding process was fixed. The fixed deposits earn the corporation less money than it is paying out in interest on the bond issue.

And unless cities also take measures to improve cash flows in general and increase the size of the revenue pie, the earmarking of funds to pay debts may cut off funds for other equally critical projects which are not funded by the bond issue.

While capital market reforms, central government subsidies and transparency in accounts are all necessary elements to get the municipal bond market to take off, the real problem lies far beyond — in the deep structural issues that plague all Indian cities, whether it is being able to raise property taxes when needed or managing urban politics. As Indian cities begin to fix those problems, bond investors will come running. Municipal bonds are not a replacement for the need to carry out major urban reform but they can often act as an impetus for it.

Vinayak Chatterjee is the chairman of Feedback Infra.