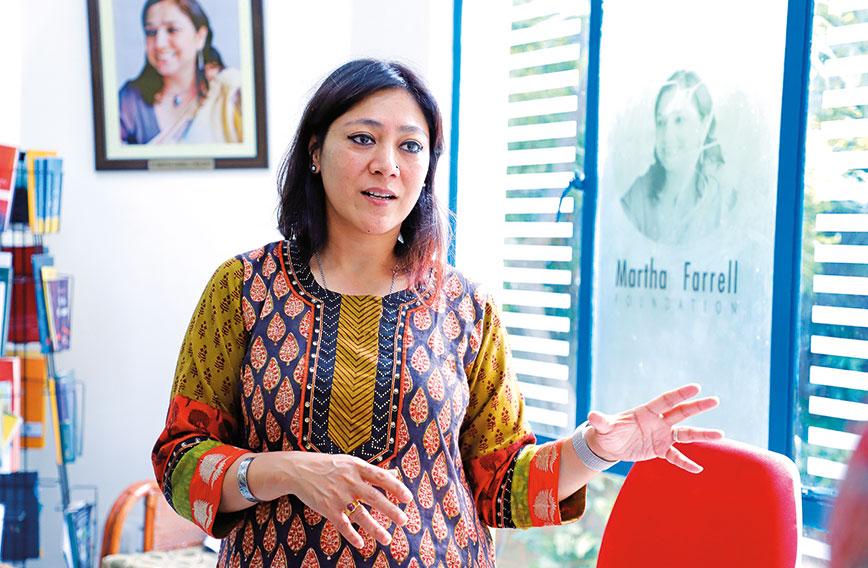 'Me too' help for domestic workers

In November 2016, when the Martha Farrell Foundation (MFF), a non-profit, began working with domestic workers in Delhi and Gurugram to address sexual harassment, they found the women reluctant to speak about their experiences. It was only after building trust that they began to talk. The breaking point came in 2018 when the women told MFF activists that a 17-year-old girl in Gurugram had committed suicide because her employer had sexually abused her.

Most domestic workers are the only earning members of their family. Losing an income is not an option. Since they are migrants in a city far from home, they feel even more vulnerable. Thus they either see sexual harassment as a routine work hazard or they ignore it. Taking action is almost never an option.

Through RTI enquiries filed between September 2016 and March 2017, MFF found official data on Local Committees. Out of 655 districts in India, only 29 percent replied that they had formed a Local Committee. There was no functioning Local Committee in Delhi at that time. Two existed but only in name.

When MFF presented the data in September 2018 to Delhi’s deputy chief minister, Manish Sisodia, he instructed all DMs to form Local Committees by November 2018.

Earlier in June 2018 when MFF activists did a rapid survey with 291 domestic workers in Gurugram and Delhi, they found that they did not know anything about Local Committees. 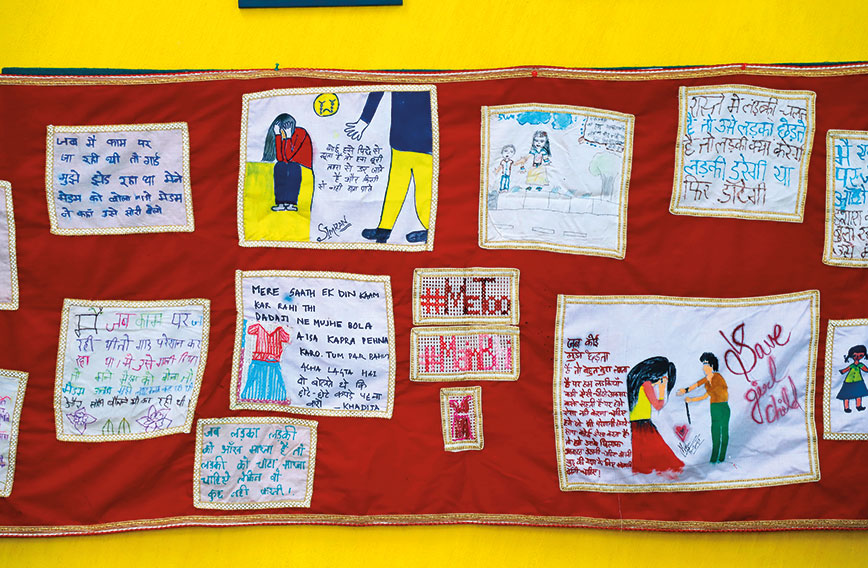 Drawings by domestic workers describe the harassment they face

Bhatt is a member of southeast Delhi’s Local Committee and she has been able to bring about some change. The district officer of the Department of Women and Child Development (DWCD) is also a member of the Local Committee. She mentioned that she has a cadre of anganwadi workers and supervisors under her. She suggested that this workforce could be harnessed to reach domestic workers.

“Anganwadi workers who look after the children of domestic workers, share a rapport. As peers, they can strike up conversations about sexual harassment and tell them about the redressal mechanism available for them,” says Bhatt.

Bharti Sharma was chairperson of the Local Committee in southeast Delhi district when this model was adopted. She said that they were conscious about not increasing the burden of the anganwadi worker. “There is a lot that can be done through conversation,” she remarked.

Sharma says that domestic workers need to be empowered and encouraged to complain. “There is still a long way to go. Let’s try this model out. It might fail. But unless you try, how are you going to find out?” One training session is obviously not enough.

The 2013 Act sanctions no budget for the Local Committee. In southeast Delhi district, getting a room to sit in and a cupboard to store documents was a challenge. Bhatt explained that MFF could have held the meeting on their premises, but a constitutionally mandated body like the Local Committee is the government’s responsibility.

Sharma also suggested that putting up posters about sexual harassment outside anganwadis could help. They would help spark a conversation.  But the lack of a budget stood in the way of implementation. Neither the DM nor the DWCD have a budget for this.

District magistrates are not always aware of their responsibility towards the Local Committee. There is also no continuity. In southeast Delhi, the DM has changed every two months. “We shouldn’t have to ask the DM to be cooperative. It should be a given,” Sharma asserts.

Employers, on the other hand, are aware of the rights of their domestic workers. After all, many employers work in the organised sector and understand the concept of workplace sexual harassment. “We are very bad employers. We do not take care of those who work for us,” Sharma says.

Both Bhatt and Sharma argue that sexual harassment should be a labour issue, not only a gender one. Domestic workers are not included in any labour laws. Their work is not recognised as labour, even though it allows people in the organised sector to work. Also, the sexual harassment law needs to be made gender neutral and include LGBTQIA and men.

During Sharma’s tenure, the six-member committee comprised two men and four women. This was a conscious decision because she believes that both the complainant and the accused should feel comfortable when they tell their story. The feeling is that if there is no man on the committee, men won’t get a fair trial.

According to Bhatt, the next step is to share their research with organisations that are working with domestic workers. A meeting of all Local Committees in Delhi to discuss what they have learnt and the challenges they have faced is also on the agenda.