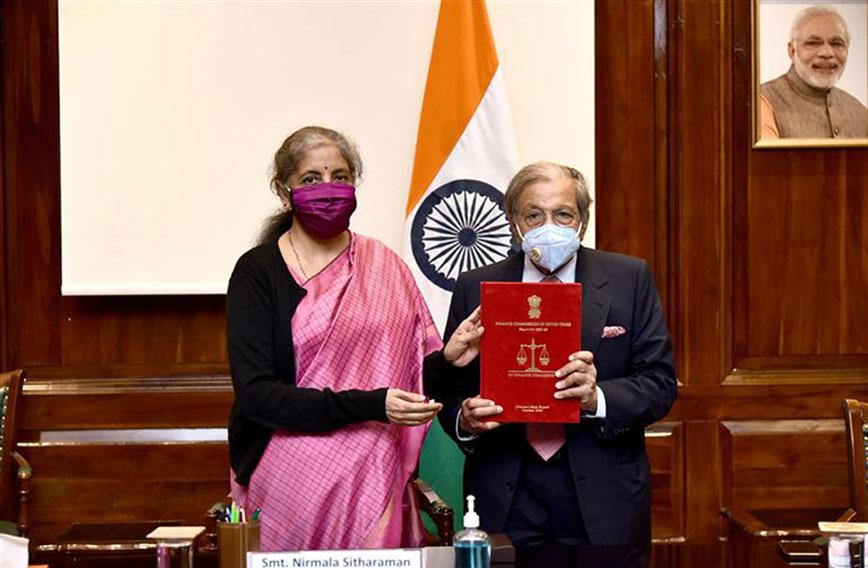 N.K. Singh has said that the five-year horizon for Finance Commissions needs to be shortened

Time for reset with elbow room for the states

Our national anthem extols the extent of India by naming a few provinces of those days: ‘Punjab, Sindh, Gujarat, Maratha; Dravid, Utkal, Banga’.  To many of us who have had the opportunity to travel through the length and breadth of our nation, the phrase “unity in diversity” comes alive. One can travel from Kerala where the new year is ushered in on Bisu, typically April 14, to Punjab where it is Baisakhi and Assam where it is called Bihu — all on the same day.  Yet the colours, the costumes, the cuisine and the customary dances are all different, each with a hoary tradition of over two millennia.

The Constitution of India in its very first article says, ‘India, that is Bharat, shall be a Union of States.’  The role of states was sanctified in the Constitution through a number of provisions, including state Legislatures, with authority to legislate divided between the Centre and states. The Constitution also provided for High Courts in each state, with authority to adjudicate on constitutional matters.  The Constitution also established State Public Service Commissions. Most importantly, it provided for a Finance Commission to decide on devolution of funds from the Centre to the States. Thus, the Union in operational terms was meant to be federal.

In this article, we assess the state of federalism in India, by looking at three main mechanisms of governance — funds, functions and functionaries – and how these are shared between the Centre and the States.

The situation of state finances is bleak.  As per a study of the Budgets of State Governments by the Deutsche Bank, the average fiscal deficit of 17 big states was 2.8 percent of their GSDP in 2019, the average tax base was 6.4 percent while the average borrowing was 25.2 percent, or 3.9 years’ tax collections!

Just to make this easy to understand, most housing finance companies do not give loans to individuals more than 1.5 years’ of their income.  So clearly, even the best states have borrowed too much. The situation was grave in 2019 and the economic downturn post-COVID has brought it to the brink.

According to a study by India Ratings, cited in the Financial Express on 1st October 2020, the collective fiscal deficit of 18 states was at 40.7 percent in April-June, while the revenue deficit soared to 285 percent of their Budget Estimates in April-June.

Under such a situation, the States have to look to the Centre for funds. The Centre pretty much reneged on its commitment to pay compensation to the States under The Goods and Services Tax (Compensation to States) Act, 2017. Under this, compensation was to be provided to the states for a period of five years from the enactment of the respective State GST Act, with the growth rate of revenue for the five-year period assumed to be 14 percent per annum,  starting 2015-16 as the base year.  To enable the Centre to make these payments, a GST compensation cess was established and the collections from that were used to pay the states.

The mechanism worked fine in the first two years, but in the 2019-20, there was a problem. As per data put together by PRS India based on replies to parliamentary questions, the cess collection was `95,444 crore whereas the compensation payable was `165,302 crore. The Finance Minister announced in her Budget Speech in February 2020 that compensation would be limited only to collections of the GST compensation cess. The Centre on August 28 wrote to the states suggesting they borrow to make up for the `2.35 lakh crore shortfall in GST revenues. The states were understandably reluctant to do so. Eventually, the Centre on October 15 made a “concession” to the states and offered to borrow from the market and pass it on to states as a ‘back-to-back loan’ that will reflect on their own books.

The Chairman of the 15th Finance Commission, NK Singh said on September 21 that the recommendations of the first report, including that of devolution, may no longer hold, because of the pandemic. He went on to add that the five- year horizon for Finance Commissions may be too long in an era of volatility and uncertainty.  But if the horizon is reduced, it could lead to short-term ad hoc-ism and pave the way for quick fix solutions with the Centre as the saviour of the last resort for the States.

The Parliament and state legislatures enact laws, empowering the respective executive to perform various functions.  The subjects on which the Centre can legislate are specified in the Union list, the ones on which the States can legislate is in the State list, and then there is the Concurrent list where both can legislate, though the Central law would prevail. Despite these clear provisions to the contrary in the Constitution, the legislative functions of the States are being appropriated by the Centre.

For example, the Centre recently got three Bills related to agriculture approved by Parliament. One of these, the Farmers (Empowerment and Protection) Agreement on Price Assurance and Farm Services Act, 2020, the Clause 16 baldly states:

This when the Constitution lays down clearly that enacting laws on “agriculture, including agricultural education and research, protection against pests and prevention of plant diseases,” is in the State List of subjects.

Though entry 33 in the Concurrent List of the Seventh Schedule of the Constitution does enable the Central Government to enact laws related to “Trade and commerce in, and the production, supply and distribution of… (b) foodstuffs, including edible oilseeds and oils,” and cattle fodder, cotton and jute, it does not in any way give the Centre powers to give micro-directions to the states, which the “state governments shall comply with”, as implied in the clause 16 cited above. This is just one of the numerous examples of the States’ powers being encroached upon by the Centre.

To implement its functions, the Executive is empowered to hire functionaries.  Indeed, the whole of Part XIV, Chapter I of the Constitution deals with Services under the Union and the States, including the process for recruitment, the terms and conditions of services, constitutional protections to public servants under Article 311 and the concept of All India Services, which the Parliament may establish under Article 312.

Article 312 (2), a carry forward from the colonial era, says: “The services known at the commencement of this Constitution as the Indian Administrative Service and the Indian Police Service shall be deemed to be services created by Parliament under this article.”  Due to this colonial legacy, they staff key field positions as District Collectors/ Magistrates, Districts Superintendents of Police and Divisional Forest Officers.

At least these three all-India services have the concept of a state sadre and officers generally spend at least 40 to 50 percent of their career in cadre states and the rest in Central postings, mostly in Delhi.

But the other civil services like the Indian Revenue Service, the Indian Audit and Accounts Service and the Indian Economic Service have no concept of a state cadre. Thus even in the third key aspect,  the Centre has a lot more power than the States, which it exercises by selecting and deploying key functionaries.

Article 263 of the Constitution provided for the establishment of an Inter-State Council.  The Sarkaria Commission was set up to in 1983 to examine the central-state relationship. Its 1998 report had recommended that this be done and this was formally constituted in 1990.

Since then, however, the Inter-State Council has had a rather indifferent track record. It has met only 12 times since 1990.  The other recommendations of the Sarkaria Commission, particularly with reference to the appointment of governors, are still awaiting action. It is not clear what changes in the political front will usher in a structural shift towards more equitable Centre-state relations.

With the states having been reorganised linguistically since 1956, each state has a distinct cultural identity — in most cases, going back over a thousand years. In addition, the Indian states are big.  Uttar Pradesh could have been the fifth largest country of the world by population and 15 of India’s states would appear in the list of the top 50 countries in the world, if they were listed on the basis of population.  Thus, it is important that states are enabled to achieve their fullest potential, both economically and in terms of human development, while ensuring environmental sustainability.

These dimensions are well covered by the Sustainable Development Goals (SDGs) 2030, which India has adopted.  For SDGs to be achieved, all three aspects of the states — funds, functions and functionaries — will have to be strengthened, not just in numbers but in terms of quality.  That can only be assured through wider citizen participation and greater transparency and accountability of elected governments.

Where this has been done successfully, the results in terms of the human development index speak for themselves: the top states were Kerala, Punjab, Haryana and Tamil Nadu among the larger states and Goa, Himachal, Sikkim and Mizoram among the smaller states.  The 2014 Election Manifesto of the Bharatiya Janata Party committed itself to ‘place centre-state relations on an even keel’ and ‘strive for harmonious centre-state relations’.  It is time that promise is redeemed.

Vijay Mahajan is CEO of the Rajiv Gandhi Foundation