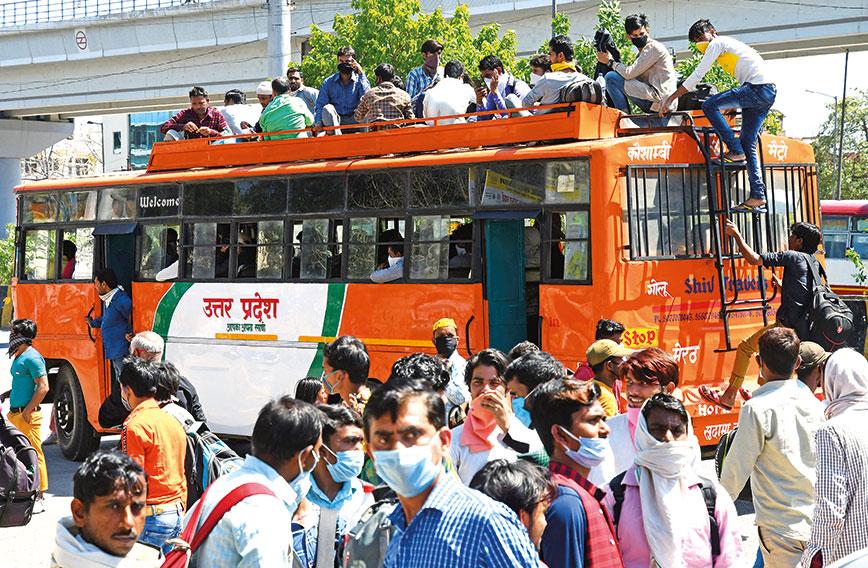 States should compete and also work together

India is more than one country: it is, in reality, composed of many countries united into one. Even if the thought is a cliché, it is borne out by any number of facts and figures. Each region has its own uniqueness, and the diversities across the country cover almost all conceivable dimensions, including culture, language, cuisine, ethnicity, religion, dress, climate and topography.

Over time, the initial structuring of the Union, based on “princely States” or kingdoms and British-governed territories, was replaced through the formation of linguistic states. This further evolved towards also recognizing the distinctiveness of a region or culture, with new states being created on this basis.

Interestingly, Andhra Pradesh, arguably the first state created (in 1956) on a purely linguistic basis, is now the latest example of regional considerations outweighing linguistic ones, as evidenced by the creation of Telangana in 2014.

Does the creation of this new state signify a greater emphasis on economic considerations? For, one of the main reasons behind the agitation for a separate state was the perceived neglect of the Telangana region.

On the other hand, many may argue that the driving force was not economics, but politics; that it was the need to have a greater voice in governance. The same can be said for other states born in this century. This desire for empowerment has broader ramifications with regard to structure, decentralization and devolution of authority.

As a union of states, the Constitution delineates certain items that are within the purview of states (law and order, for example), some which are with the Centre (defence, foreign affairs, etc.) and a few that are shared or in the “concurrent” list.

Over time — partly by law and partly by precedent — the Centre has accumulated more power, at the cost of state autonomy. For example, while law and order remains the responsibility of a state, the Central Bureau of Investigation is playing an ever-bigger role. Similarly, central financial agencies like the Income-Tax Department or Enforcement Directorate carry out investigations and raids and file cases across the country. In addition, there is the newer National Investigation Agency, with a broader remit.

There are a few instances of a voluntary surrender of powers by states, for a broader good: GST, for example, through which states have given up their power to impose certain taxes. This is cooperative federalism — the new mantra — in practice. However, such cases of real cooperative federalism are hard to come by, whereas competitive federalism seems more common. Sharing of river water and boundary disputes between states sometimes make the headlines. Recently, the closing of some state boundaries in response to the coronavirus epidemic resulted in supplies getting blocked and created much ill-will between some neighbour states. Similarly, occasional blockades due to inter-state
or tribal disputes in the Northeast have created
bad blood.

There is, though, a growing effort to use competitive federalism for positive ends. The NITI Aayog and other government agencies have created metrics for scoring and ranking states on performance in a few key areas. This has fostered competition amongst states, with the more successful ones using the rankings for high-visibility advertising, showcasing their performance so as to attract investments.

This is a welcome development, but it would, indeed, be good if the importance placed on ease-of-doing-business is also given to indicators related to health, livelihoods, education, gender equality, caste discrimination, crime and equity. Competition could also extend to quality of life, which means better facilities for education, healthcare and entertainment, as well as better connectivity — both physical (roads and airports) and electronic. This would enable states to attract talent: the creator and accelerator of economic growth and jobs. As a result, unnecessary migration in search of livelihoods may reduce.

Competition amongst states presupposes that they have the autonomy to make the critical interventions and decisions that are needed in any given field. The greater their autonomy, the more robust will be the competition. Devolution of the maximum possible power to states will, therefore, be the crucial element in ensuring that they seek to out-perform each other, enabling bigger benefit to people and to the country as a whole.

It is not merely — or even necessarily — formal devolution from the Centre that is needed. The states could do a great deal more within the existing framework. A major part of the problems with regard to most of the social areas relates to on-ground implementation. This is already very much within their ambit. Initiatives and good governance by states can make a big difference, as some — Kerala and Delhi, amongst others — have shown in school education.

Cooperation between states — which is what “cooperative federalism” should mean (rather than merely cooperation with the Centre) — is far less common. This need not be limited to neighbouring ones, where there is obvious need and scope. It can extend, for example, to issues related to migrant labour, where long-distance migration is common: Bihar to Punjab, Odisha to Gujarat, Assam to Kerala, U.P. to Maharashtra.

There is dire need for the states concerned to work together to ensure various social benefits, travel and children’s education for these migrant workers, who contribute so much to the economies of both the state they come from and the one they work in. This will require ways of transferring eligibility for benefits, based possibly on authentication through Aadhaar or some special ID, and close collaboration on a number of other matters. Children of seasonally migrant labour should have a way of doing part of their academic year in one state and the rest in another. Health records for all members of a family should be easily accessible or transferable. Voting from any location must be allowed and facilitated.

A more contentious issue, possibly a political hot potato, could test cooperative federalism. Not many may recall that in 1977, Parliament approved a law that froze the number of Lok Sabha seats at the 1971 level, up to the year 2000. The thought was that states which did well in promoting family planning and curbing population growth should not be penalized.

In 2001, the freeze was further extended to 2026.  Meanwhile, some states (Kerala and Tamil Nadu are exemplars) have been very successful in controlling population growth, while some are yet seeing rapid increases (Bihar, U.P.). Therefore, when the freeze ends and Lok Sabha seats are divided amongst states on the basis of population, some states will gain seats while others will see a reduction.

The result is likely to be an increase in the clout of the “Hindi-speaking” states. This is bound to have serious political ramifications, which may well amplify the population-growth divide through other fault-lines related to prosperity, literacy/education, language and culture, following contours similar to the long-standing North-South one. These could stress the fabric of our nationhood, and be a major challenge for the country.

Sorting this out, without ill-will and rancour, will necessitate statesmanship of a high order. It may also require structural solutions and further decentralization of power, so as to provide reassurance and comfort to the states that are negatively affected. It is an opportune moment to think of replacing or restructuring the Rajya Sabha with a body in which each state (irrespective of area and population) has equal representation. A compact body, with no more than two or three elected members from each state (and possibly one from each Union Territory), whose approval on key laws in all defined fields is required, will safeguard the interests of all. Some models exist, albeit indirectly: the decades-old Central Advisory Board on Education, and the more recent (and empowered) GST Council. Many obstacles will have to be overcome, much detail worked out, and Constitutional amendments enacted. It is, therefore, necessary to embark immediately on first building a political consensus, and then taking the numerous actions that are required.

In addition to this restructuring, there is need for more decentralization and devolution of power: not only to states, but also to the local bodies and panchayats, which are constitutionally recognized as the third level of governance. Over decades, the Centre has slowly accrued more power, formally (by shifting more items from the state list to the concurrent one) or through its financial clout. Some of this is by default, partly due to poor financial management by the states, putting them at the mercy of the Centre.

Yet, there is no reason why at least a few of them could not take up initiatives on their own, pushing the boundaries of their power, where necessary.
For example, why is it that no state (Delhi state might be the only exception) has schools, universities or hospitals that are as good as some of the central ones?  If money is a constraint, why are neighbouring states not collaborating to do this (or joint industrial parks) in suitable locations near their common borders? Should the Centre play a role in promoting this?

The importance of decentralization was brought home forcefully by the coronavirus pandemic. The heavy-handed and disastrous blunt instrument of a nationwide lockdown — a manifestation of a centralized command-and-control mindset —sensibly gave way to more limited lockdowns and later to even narrower containment zones. Now, as planning begins for mass vaccination, arithmetic may further drive decentralization. Assuming a two-shot vaccine to be given to all of the country’s 1.3 billion people in two years (a stretched time-line), means over 3.5 million vaccinations every day of the year. This seems a daunting — if not impossible — task, and will be possible only if there is a great deal of decentralization in all aspects: training of vaccinators, supply chain logistics, ensuring universality, collecting data, follow-up for the second round, etc. Even as systems and procedures may have to be centrally determined, this must be done with the active collaboration and inputs of the states. Implementation will have to be not only by states, but by local bodies, which need to be appropriately empowered. This massive exercise could well mark the beginning of far greater decentralization and devolution of power.

In a country as diverse as India, decentralization is a necessity. Wherever a standardized, centralized approach has been used, it has inevitably failed. Agriculture and health — both dependent on local weather — require local decisions and action. So does the creation of jobs and livelihoods. Education depends on local language, environment and culture. Most important, true democracy requires empowerment and is best served by governance that is locally accountable. In many of these, technology can play a role. Though it is not a magic bullet which decimates all problems - there are socio-cultural, economic and structural factors that are key to tackling issues, especially societal ones.- yet, technology has always been a great enabler, accelerator and catalyst of development. Now, emerging technologies — unlike the centralizing ones of the past —  will facilitate decentralization.

For India, federalism — both competitive and cooperative — positively implemented, is a good way ahead. Given its size and diversity, decentralization and devolution of power is a necessity. There is no other way we can meet the many challenges that lie ahead.

Kiran Karnik is an independent strategy and public policy analyst. His recent books include eVolution: Decoding India’s Disruptive Tech Story (2018) and Crooked Minds: Creating an Innovative Society (2016). His forthcoming book is on India in 2030.