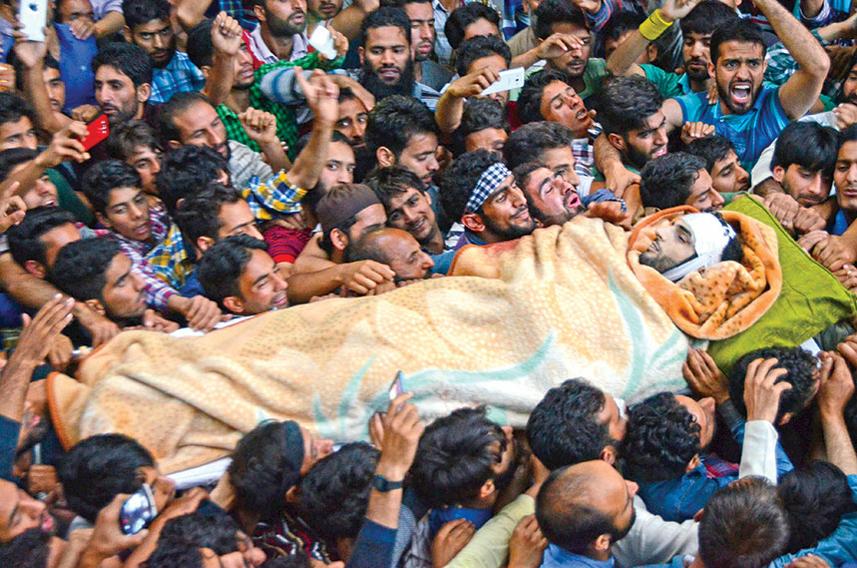 Burhan Wani and the flashpoint in Kashmir

The protests and violence that have followed the killing of Burhan Muzaffar Wani, 20, have put the clock back for the Kashmir Valley’s search for normalcy. Apart from widespread violence, distrust is back and the state government of Chief Minister Mehbooba Mufti will have to do a lot to win back the confidence of the people.

But just who was Burhan and how is it that someone as young as him could set off such turbulence?

Burhan was a Hizbul Mujahideen commander. He was a resident of Tral in South Kashmir and played a role in reviving militancy in recent times.

His popularity had been growing quietly over the five years that he had been a militant. Pictures posted by him on his Facebook page got many likes. In the way that personal stories go viral and attract a following, young Kashmiris had begun to get to know about him and his exploits.

On the evening of 8 July, when news broke that Burhan had been killed in a brief encounter with police and security forces at Bemdoora-Kokernag in Anantnag district, people came out onto the streets all over South Kashmir in solidarity.

In no time, the news reached other parts of Kashmir as well. People gave vent to their anger by demonstrating in various areas. 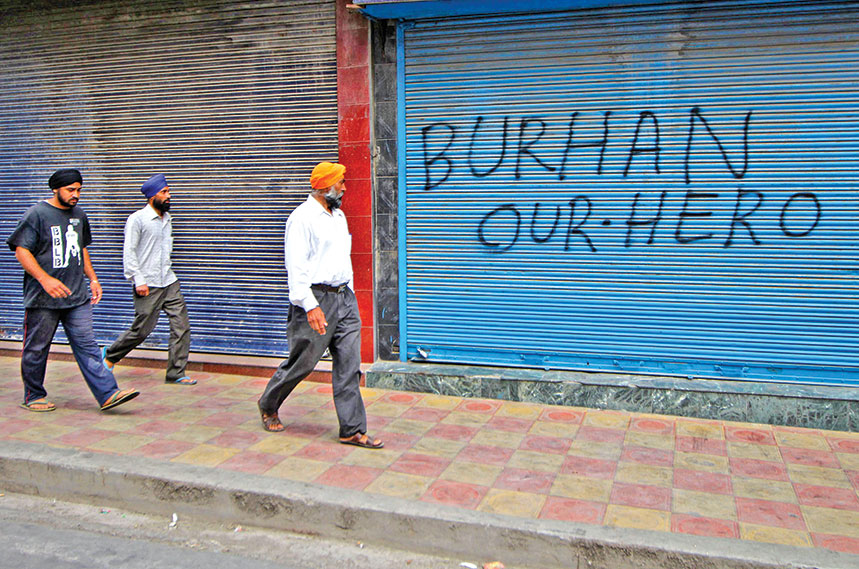 More than 40 people died as police and security forces fired on protesters in many places. Most of the deaths were reported from the South Kashmir districts of Anantnag, Kulgam, Pulwama and Shopian. Protests rocked other parts of Kashmir as well and even some parts of Jammu division observed a shutdown against the agitators’ deaths.

Burhan had become a militant aged 15 in 2010. He had said on record that the basic reason for his joining the militants was that his elder brother had been badly beaten up without reason by security forces.

The brother died in April last year when he went into the forests in the Tral area to meet Burhan and give him food. The security forces had laid a cordon in the forests to capture Burhan.

Burhan’s popularity clearly far exceeded the estimation the authorities had of his popularity. The state government failed to gauge the mood of the people. They took things lightly and the situation turned ugly very fast. Personnel of the Jammu & Kashmir Police and the Central Reserve Police Force (CRPF) failed to control the situation and resorted to direct firing at scores of places. Forty-three persons, including two policemen, have been killed in the protests so far. More than 90 percent of the deaths have taken place in South Kashmir alone.

Thirty-eight deaths have been reported from South Kashmir, two from Central Kashmir and three from North Kashmir. In addition, more than 1,600 civilians were injured during the street protests. Although a majority have been discharged from hospitals, many continue to be in critical condition in various hospitals. Around 1,500 police and CRPF personnel also sustained injuries.

Pellets fired by security forces have caused eye injuries. Around 50 people, mostly youth, have been injured and are unlikely to regain their vision though a team from the All India Institute of Medical Sciences (AIIMS) in New Delhi has been attending to them in Srinagar. 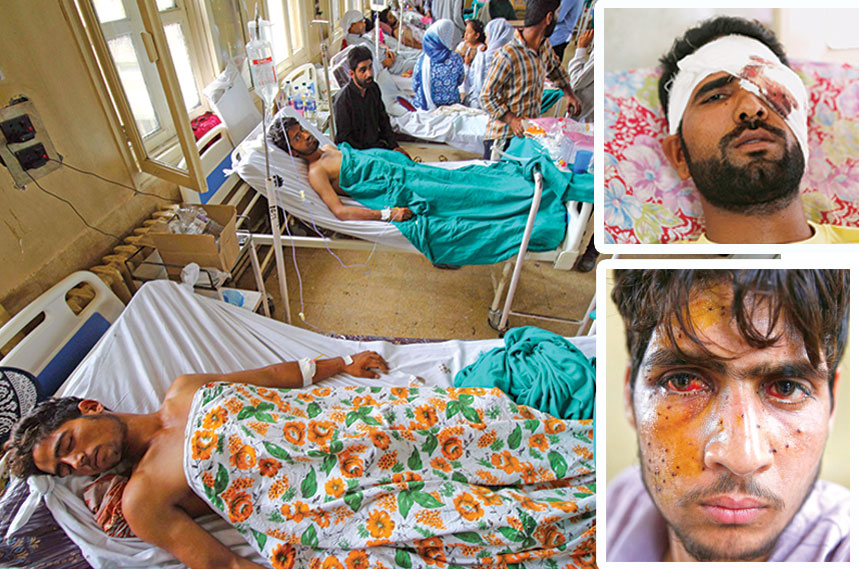 The People’s Democratic Party (PDP) and Bharatiya Janata Party (BJP) combine government in the state was missing from the scene and there is a perception among the people that all the decisions with respect to controlling the law and order situation are being taken by the BJP-led National Democratic Alliance (NDA) government in New Delhi.

The imposition of curfew drew flak from the people as well. The people feel that the state government is their enemy and wants to crush them economically by imposing curfew for days together.

“The continuous curfew has virtually broken the back of the people. There is tremendous shortage of eatables and baby food in homes and the people at the helm are doing nothing to mitigate the suffering of the masses. Many medicines have gone out of stock in hospitals and chemist shops across the Valley,” pointed out Bilal Ahmad, a resident of  Pulwama.

The chief minister made one appeal for calm on the state-run radio and television. She has not visited the injured in hospitals. “Mehbooba did not visit the most affected areas of South Kashmir despite the fact that most PDP legislators come from the South Kashmir districts of Anantnag, Pulwama and Shopian. Only last month the chief minister made many rounds of Anantnag district since  by-elections for the Anantnag Assembly were to be held. People ensured her victory in the by-elections, but today they feel let down,” said Mohammad Lateef, a resident of Anantnag.

The state government imposed restrictions on newspapers, asking them to stop publishing statements of separatist parties. The editors, correspondents and photographers held a protest. The police raided some printing presses in Srinagar and sealed them. Thousands of copies of different dailies were seized by the police before they could reach the newsstands.

Separatist leaders like Syed Ali Shah Geelani, Mirwaiz Umar Farooq, Mohammad Yasin Malik, Shabir Ahmad Shah and Nayeem Ahmad Khan were either arrested or put under house arrest by the state government. These people had called for a strike over the Wani killing and the civilian deaths.