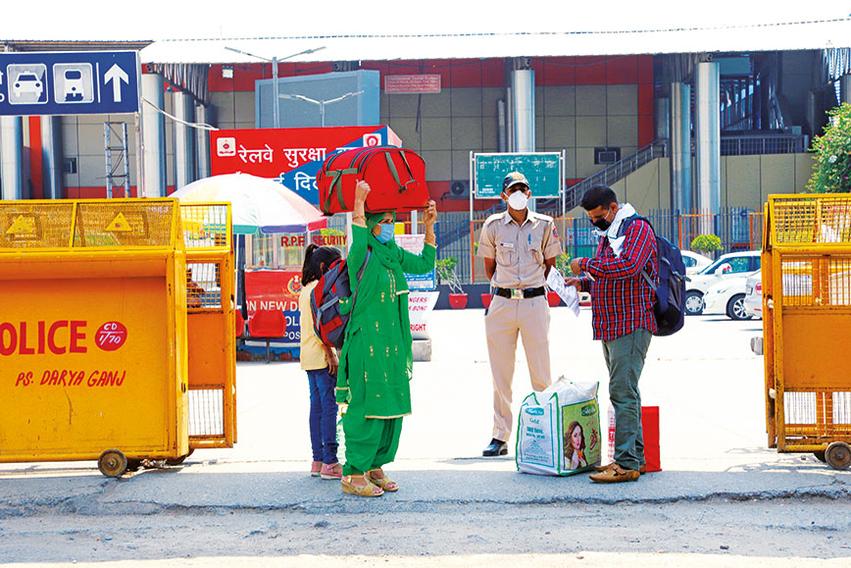 Lockdowns have an immediate impact on incomes 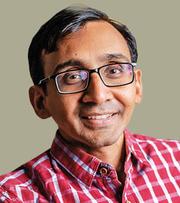 THE COVID-19 pandemic is testing our institutions and our society like no other crisis in recent memory. Thus far, the harshest impacts have been borne disproportionately by those who are least in a position to bear a shock of this magnitude. Our response to the second wave (and to any future waves) must reverse this. Although the vaccination drive and the immediate public health crisis loom large, to avoid an even bigger economic crisis as a result of the second wave, policymakers must learn from the first year of COVID and take urgent, substantial steps.

In our new report, “State of Working India 2021: One Year of Covid-19”, we document the impact the pandemic has had thus far on jobs, incomes, inequality and poverty. We also examine the effectiveness of policy measures that have been undertaken to offer relief and support. Our main conclusion is that, since the second wave has come on the heels of the cumulative economic burden of last year, an immediate and substantive fiscal support package is needed.

In the first week of May, almost 98 percent of the country was under some form of lockdown, impacting livelihoods immediately. Mobility restrictions lead directly to income losses due to decreased economic activity. In 2020, we find that a 10 percent decline in mobility was associated with a 7.5 percent decline in income. But this average relationship hides the fact that informal workers are far more affected. In April and May last year, the poorest 20 percent of households lost their entire income. In contrast, the richer households suffered losses of less than a quarter of their pre-pandemic incomes. The cumulative loss endured by the bottom 20 percent over an eight-month period (March to October) was `15,700, or just over two months of income. As a result, the number of individuals below the proposed national minimum wage threshold increased by 230 million during the pandemic. This amounts to an increase in the income poverty rate by 15 percentage points in rural areas and nearly 20 percentage points in urban areas.

We learn from multiple surveys conducted over the past year that vulnerable households have coped by cutting back on food intake, selling assets and borrowing informally from friends, relatives, and money-lenders. For example, an alarming 90 percent of respondents in the Azim Premji University COVID Livelihoods Phone Survey reported that households had suffered a reduction in food intake as a result of the lockdown. Even more worryingly, 20 percent reported that food intake had not improved even six months after the lockdown.

But it is not only informal workers who were impacted during the first wave. Nearly half of formal salaried workers moved into informal work in 2020, either as self-employed (30 percent), casual wage (10 percent) or informal salaried (9 percent) workers. Thus, current lockdowns are coming on the back of lost incomes, depleted savings, increased precarity, and indebtedness.

The most recent data from the Centre for Monitoring the Indian Economy (CMIE) show that employment had not recovered fully to pre-pandemic levels even a year after the first lockdown. In April 2021, the male workforce participation rate (WPR) remained four percentage points below its pre-pandemic level. This means 20 million fewer men in employment, even before the second wave effects were fully felt. As more states go into lockdown, this number is bound to increase.

Government relief measures undertaken last year helped avoid the most severe forms of distress, but the reach was incomplete, leaving out vulnerable workers and households. For example, only around 50 percent of poor households had a woman-owned Jan Dhan account. The reach of the Public Distribution System (PDS) was much wider (around 90 percent of poor households had a ration card). However, the efficacy of incremental support offered via the Pradhan Mantri Garib Kalyan Yojana (PMGKY) was similar for both types of relief measures (food and cash). The India Working Survey (a largely rural random survey in Karnataka and Rajasthan conducted in August-September 2020) showed that, conditional on eligibility, 65 percent of card-holders received some PMGKY allocation while 35 percent received only their usual PDS quota. For Jan Dhan, out of those having women-owned Jan Dhan accounts, 60 percent received one or more transfers, around 30 percent did not receive any transfers and 10 percent did not know.

Despite these limitations, it is clear that free rations, cash transfers, additional MGNREGA spending, ex gratia pension payments and other measures do work when implemented properly. We need to bring these back now and expand this list to include more measures. This is important for two reasons ­— compensating for the losses sustained during the first year and anticipating the impact of the second wave.

The following can be immediately announced —extending free rations under the PDS beyond June, at least till the end of 2021; cash transfer of Rs 5,000 for three months to as many vulnerable households as can be reached with the existing digital infrastructure, including but not limited to Jan Dhan accounts (e.g. using MGNREGA job cards, PDS shops, and other systems to deliver cash); expansion of MGNREGA entitlement to 150 days and revising programme wages upwards to state minimum wages and expanding the programme budget to at least Rs 1.75 lakh crore; launching a pilot urban employment programme in the worst-hit districts, possibly focused on women workers; and a COVID hardship allowance to 2.5 million anganwadi and ASHA workers of Rs 30,000 (Rs 5,000 per month for six months).

This fiscal stimulus is justified given the magnitude of the crisis. For example, the cash transfer will just about tide over the incomes lost last year by the poorest 10 percent of households, let alone address the second wave impact. Failure to take action now will cause short-term hardship to continue, and may compound the long-term effects, leading to years of lost welfare gains. Lastly, the economic pain of the crisis needs to be fairly distributed. It is worth recalling that even as corporate profits have grown during the pandemic year, there has been a sharp reduction in corporate tax to GDP ratio during the same time. This is a continuation of the trend of the past decade. A large fraction of the proposed fiscal support package can be financed if the corporate tax to GDP ratio is increased from the present level of one percent back to three percent in 2021-22.

It is time to take bold public policy steps so that we emerge from the crisis as a more resilient and fairer society.