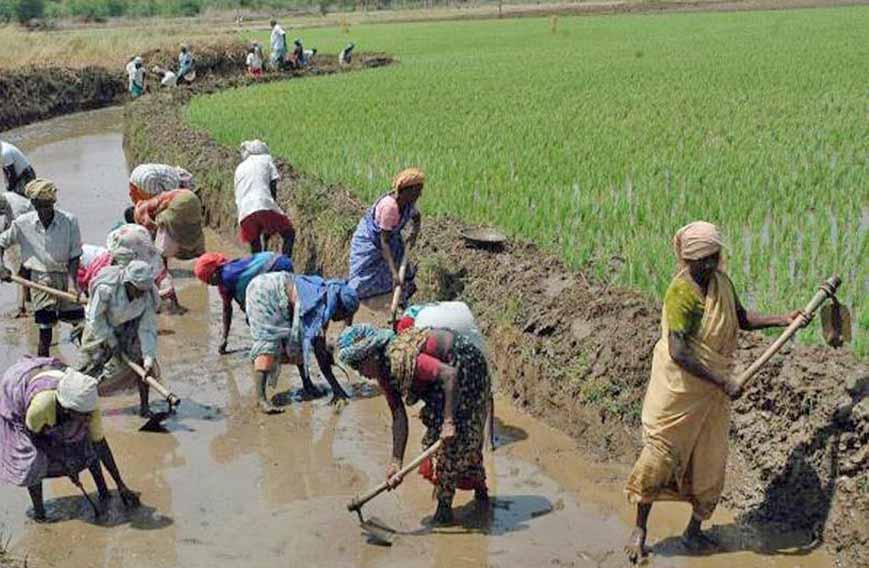 It is important to help the poor access their rights

A rejoinder to MKSS by Alex Tuscano, Ganesh Iyer and Narinder Bedi

Are advocacy, yatras, social audit and online services sufficient to enable the rural poor to receive rights given through legislations?

This is a question which all serious minded NGOs must ask of themselves. MKSS is a committed pro-poor NGO and we respect them, therefore we are responding to the article in your Civil Society issue of February 2016 titled “Online Service Delivery is a Complete Nightmare.” http://www.civilsocietyonline.com/interviews/online-service-delivery-is-a-complete-nightmare/. The article is based on an interview with Nikhil Dey of MKSS.

We open the debate by saying “it is easier to legislate a pro-poor right for rural working families, than it is to enable them to demand and receive those rights.”

Unfortunately the position of most politicians and parties is “we have helped the rural poor to get rights, now it is up to them to access those rights, our responsibility is over.” Another position is “we struggled to get this pro-poor Act legislated now it is up to the state governments to implement it.”

We disagree with both positions because they don’t take the history of rural poor peasantry into account. The poor peasantry comprise of women, Dalit, ST, BC’s and minorities; in the past they have never been trained nor organised to demand their rights.

For convenience the Left parties organised urban corporate based labour but left 30 per cent of the rural population, the poor landless and landed peasantry, unorganised.

Then come political parties who give them: Land Reforms Acts, women’s rights to property, bonded labour rights, Justice Against Atrocities Act, child rights, Panchayat Raj Act, right to education, and finally right to work, and right to food security. They then say to the rural poor now it is up to you... Is it that simple?

The rural poor have been oppressed and exploited for centuries. They are mostly undereducated, they are divided by caste, they have been made to believe they are inferior, Dalit and women, they have been dependent on the landed classes to mediate with the government for what they want the government to do for them, and no political party has really stood by them, as a matter of fact neither have the NGOs.

Parties have legislated pro-poor rights but they have not shown any interest in whether those rights were being accessed. NGOs have supported the implementation of programmes, but have not gone into the Gram Panchayat to organise poor peasantry to demand and receive rights given by pro-poor Acts

In 1983 when we first took up land struggles in Anantapur district of Andhra Pradesh we discovered that though Inam and Shotriam lands had been abolished in 1948 landless cultivators were still paying a share of their crops to the Inamdars and the Shotriamdars.

When we sat with them and explained the rights given them under land reform Acts, their answer was: “Sir, we do not know anything about laws, and even if we did we cannot take on the landed classes. What if we help you would you be willing to fight for the rights given you under land reforms Acts?” Their condition was that they were willing to struggle provided we joined them in their struggle because they neither had the courage nor the confidence to do it alone.

This partnership started in 1983 and is still active. As years went by we took on every pro-poor right using the same GP unions formed for land reforms Acts. From 1986, our unions started to campaign for right to work. When the Act was inaugurated in April 2006 they were ready to take on important responsibilities.

They convinced the government to pass GO 80, creating APNA a GO/NGO partnership which made the NGOs responsible for informing job card holders (JCH), organising them into Gram Panchayat Samakhyas (GPS), conduct monthly meetings of each GPS to ensure that rights demanded by the GPSs are being honoured by the government.

Within five years of informing and organising the JCH into SSS work groups and SSS groups into GPS, the state has become foremost in the implementing MGNREGA, and the only state which has created GPSs to demand workers rights. After each monthly meeting the GPSs present their rights based problems to the APO who is head of MGNREGA in the mandal, and demand action. The credit for creating this system goes to the government of Andhra Pradesh.

If we are serious about enabling rural poor to demand their own rights then there is no alternative to the creation of GPSs in every Gram Panchayat where we are working. We find that Nikhil Dey makes no mention of this in his interview. Neither MKSS nor YIP are people’s organisation, we are basically pro-poor activists.

In 2013-2014 Thomas Piketty published a book titled Capital in the 21stCentury in it he studied the growth of free market capitalism in America and Europe and in other parts of the world over 250 years.

His major conclusion was Free Market Capitalism (FMC) leads to further and further accumulation of capital in the hands of fewer and fewer people, so the rich get richer and the poorer. Therefore FMC cannot remove poverty. But because FMC operates within democracy in which parties are elected to power.

For political survival the ruling party is forced to legislate pro-poor Acts to redistribute social wealth by taxing the rich and the super rich.

These social funds are then used to support pro poor legislations such as right to work, pensions, right to education, right to political participation through Panchayat Raj Act, child rights, right to food security, and many others. We have lost faith in free market capitalism to bring our rural poor out of poverty through capital intensive programmes. The only future for the poor is in pro-poor legislations.

Our commitment should be to enable the rural poor to access every right legislated for them. This work has to start with the poor living in the Gram Panchayats. Advocacy, Yatras, Social Audits, and online services are very necessary, but not sufficient to enable the rural working poor to receive every benefit guaranteed them by the pro-poor Acts.

Their future lies in their ability to become strong enough to make the system honour their rights. For that they need our total support, external and integral.