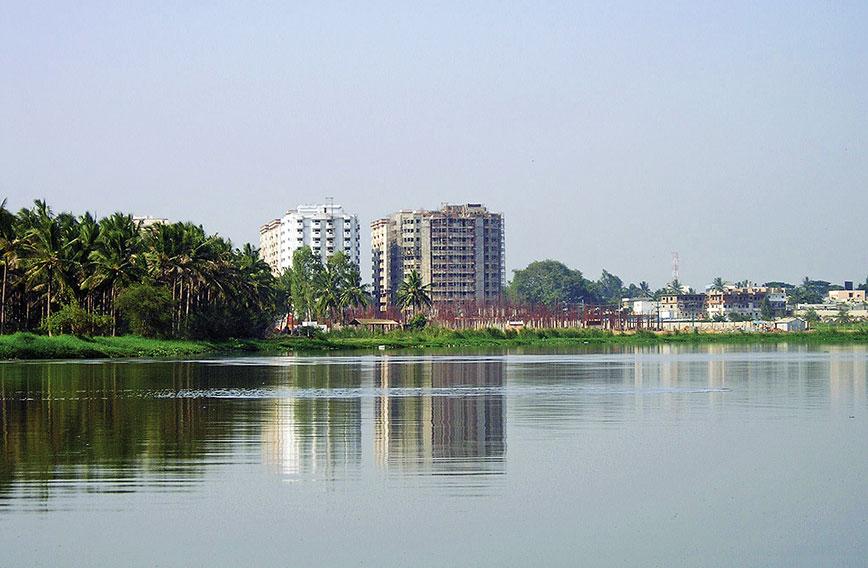 For a water surplus city

It is November, there is a nip in the air and cloudy skies have enveloped the city. All that is water related appears forgotten. Bengaluru, like many other Indian cities, has a short memory. There is always a new crisis to focus on, forgetting the old. Yet, in May this year, when the monsoon had yet to arrive and the dam reservoirs on the Cauvery were at their lowest water level, there was a real fear that the city could run out of water.

Then in August the rains arrived and many parts of the city were engulfed in knee-deep water. The floods had arrived. Moving from shortage to abundance in a matter of days, the city seemed to stop bothering about either shortfall or surplus as the monsoon receded. But it is in these months, leading up to the next monsoon in June, that steps have to be taken to address the water crisis of the city.

First, a look at the positive factors for the city in terms of managing water. The Karnataka State Natural Disaster Monitoring Centre (www.ksndmc.org) and its network of 82 telemetric rain gauges across the city provide storm tracking and rainfall occurrence monitoring that probably no other city in India has. Slowly the forecast model for rainfall occurrence is being built. A flood prediction and occurrence model with vulnerable locations is being developed in conjunction with the Indian Institute of Science. This will be valuable input to make sure that the drainage infrastructure is in place to avoid flooding.

Bengaluru is located on a ridge between the basins of the Arkavathy and the Dakshina Pinakini, which drains into three major valleys. Unlike coastal cities, the drainage slope is steep and the natural water run-off is fast unless impeded by manmade construction such as roads and the blocking of natural valleys between the ‘tanks’ or artificial lakes through construction and debris dumping.

A rainwater harvesting bye-law is already in place which makes it mandatory for all new buildings to collect or recharge the equivalent of 20 mm rainfall daily. If implemented across all buildings, this could have the effect of dampening run-off curves and flood events as well as supplementing the water requirements of the city through recharge of the shallow aquifer or through storage. The Sir M. Visvesvaraya Rainwater Harvesting Theme Park, created as an education and knowledge centre, already provides a platform which can be extended to include flood management through rainwater harvesting.

Need of the hour

The rehabilitation and rejuvenation of all the existing lakes in the city has been a longstanding demand of citizens. Not only the lakes but the interlinking channels connecting them, rajakaluves, need to be cleared of encroachments and designed not as concrete basins and drains but as ecological valleys and lakes which can foster bio-diversity and filter and clean water on the way. The separation of untreated sewage and the elimination of solid waste from the lakes and rajakaluves needs special focus. By designing each lake as an urban watershed which receives flood waters from its catchment and then releases it gradually into the ground and to the connecting valley, much of the objectives of a clean environment and water self-sufficiency can be achieved.

The expansion of the sewage network and of sewage treatment plants has to happen at a much faster pace than currently.

The Karnataka Lake Conservation and Development Authority (KLCDA) has been set up recently. Though it has strong legal powers, it is still to be fully equipped with enough human resource and financial powers to make the necessary impact.

The informal sector needs to be included in the city’s water management plan too. The traditional well-digging community, the Mannu Vaddars, have helped build the tank system of the state and the city. They have also dug wells, cleaned them and deepened them as the need arose. Till the advent of bore-wells, the city had innumerable wells. Now the open wells are making a comeback. As recharge wells, they take in rainwater and storm-water and send it to the shallow aquifer. As fully recharged wells, they supply water for household use. In the heart of the city, at Cubbon Park, for example, seven open wells have been rehabilitated and are now full of water, ready to supply the needs of the area. By encouraging well culture, not only can rainwater be harvested and the aquifers recharged, floods can be mitigated and livelihoods regenerated.

Similarly, fishermen play a large role in keeping our lakes free from water hyacinth and other floating weeds. A partnership with them will result in cleaner lakes as well as livelihoods for them and food for the many winged visitors to the city.

It is time to adopt an integrated approach to water management, harnessing the benefits of rain, lakes, wells and treated waste-water for the water security of the city. This will not only bring ecological and environmental benefits but also social benefits and help mitigate the threat posed by climate change. Institutions and citizens need to gear up for the challenge.

Daily data of rainfall and storm tracking is available at: https://www.ksndmc.org/Uploads/BBMP_DAILY_REPORT.pdf.  Email: zenrainman@gmail.com