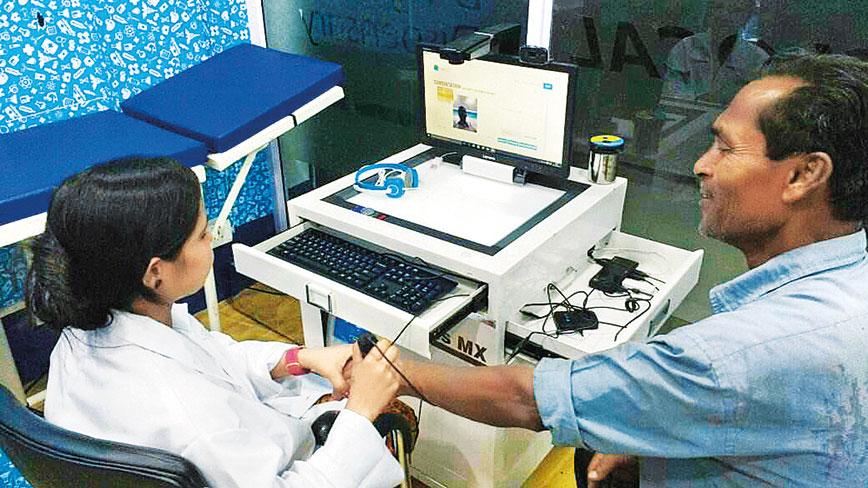 Innovate, patent, produce and prosper. This was Prime Minister Narendra Modi’s message to young scientists at the Indian Science Congress on January 3. This, he said, would lead to faster development of the country. His emphasis on innovation is particularly important in the world of today when competition — especially in high value-add products and services — is no longer based only on cost.

India’s greatly successful IT industry recognised this long ago. Starting with a model based largely on labour arbitrage, it moved in the 1990s to also emphasising quality. Acknowledging the overall reputation of India as a source for cheap but low-quality products, it worked vigorously on ensuring that Indian IT services met the quality standards of globally-accepted certification. Soon, India had more companies with the highest level of certification than any other country. This greatly facilitated the rapid global expansion of Indian IT services.

Recognizing that the key element in technology is human resources, the IT industry worked closely with universities, training organizations and government to rapidly expand the pool of well-trained human power. As a result, it could easily and quickly recruit additional people to take on more work or complete a job in a shorter period of time. This base completed the triad that made for enormous success: the magic mantra of cheaper-better-quicker. Consequently, India has been the dominant source for global IT services for well over two decades. With exports of around $150 billion, this industry is India’s biggest foreign exchange earner.

Now, cheaper-better-quicker is no longer enough. Companies are looking for an additional edge over competition, or are looking to expand their markets with new offerings or new customers. This requires innovation, adding “different/new” to the earlier triad, and innovation is seen as a means to differentiate products and also get higher value. If India is to grow rapidly, it must be globally competitive, and will need a great deal of innovation in many different sectors. This is particularly important for sustained, long-term growth, for which mere scale or low costs will not suffice.

Too often, innovation is considered synonymous with jugaad, a term that has become very popular and entered our day-to-day lexicon. The latter is generally a make-do, context-specific and mostly non-scalable solution to an immediate problem. It is better translated and understood as improvisation. At the other end of the scale is invention. Innovation is best thought of as being more than jugaad, but less than invention. All three are part of a continuum, with many grey areas. Where, for example, does one slot the washing-machine-as-a-lassi-maker or the missed-call method?

Many link innovation with products but, in fact, it is far wider in scope. Much of it has to do with processes and business models. Thus, while the Tata Nano (at one time the showpiece of Indian innovation) can be thought of as a product innovation, India’s IT industry was built on the business model innovation of combining outsourcing with off-shoring. AirBnB and Uber are other examples of new business models, part of the new “sharing” economy, built on a no-asset-ownership basis and enabled by a tech platform. Google is built on a business model where the user pays nothing and yet the organization makes large profits (if only we could do that for healthcare!). In the days of easier intellectual property laws, the Indian pharma industry prospered on the basis of process innovation. Dr Devi Shetty is able to do heart operations at extremely low costs thanks mainly to process innovations which he has pioneered.

We can hardly afford to ignore invention and we desperately need to begin making large investments in R&D to promote it. Without this, little can be expected by way of discovery or seminal inventions like the steam engine, aeroplanes or transistors. Yet, for decades we have under-invested in R&D. Private industry is only now waking up to the advantages and necessity of investing in R&D, but its spending on this is still shamefully low. As for the government, while successive prime ministers have articulated their commitment to R&D and even to raising spending on this to 2 percent of GDP (low, compared to countries like Israel and South Korea), even today this figure is not even half that. Worse, the percentage has remained almost static for decades. In contrast, China has been ramping up its R&D spending, on a GDP base which is more than four times that of India.

A combination of poor funding and poor people meant few inventions and low affordability. After years of these being inhibiting factors, of late India has established a name as a centre for frugal innovation and frugal engineering. Innovations like portable and low-cost ECG and ultra-sound machines have reinforced the image created by the Nano: all aiming at affordability through innovative engineering. More recently, further sheen has been added to this by India’s low-cost space exploits (particularly the Moon and Mars missions).

While hoping for a big increase in R&D spending, it may be wise to capitalise on India’s apparent genius for innovation. To have an impact on the overall economy and well-being of the country, though, such innovation must be widespread. Ideally, we must aim not merely at having some innovative organizations, but on evolving an innovative society.

This will require many changes, beginning with our educational system. Rote learning and standard answers must give way to the promotion of creativity and critical thinking: questioning answers, rather than merely answering questions. Rational risk-taking and entrepreneurship must replace the fear of failure.

Innovation is born out of lateral or crooked thinking. It is necessarily disruptive — of present models, of established assumptions, of entrenched players. The nursery for this — as is most visible in innovation hot-spots like Silicon Valley — is a society that respects, nurtures and celebrates diversity in all aspects, including ideas and thoughts. Interestingly, in recognition of this, an adviser to Britain’s PM says that Britain is seeking “weirdos” for government posts. India is, in this context, uniquely blessed: almost no country can boast of so much innate diversity. Our future well-being and prosperity dictate that we promote and build on this by encouraging divergent thinking, so as to build a truly innovative society.