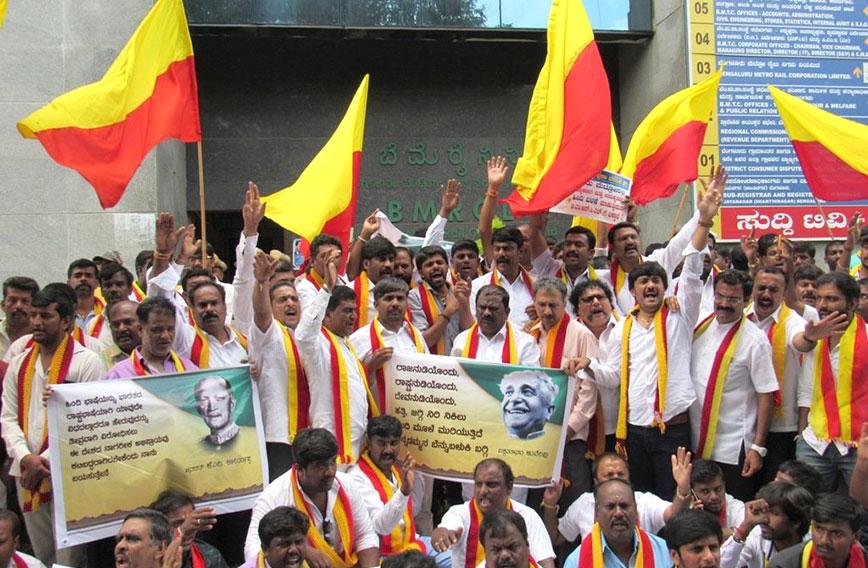 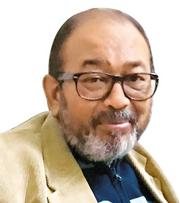 AMERICAN journalist Robert Lane Greene’s much appreciated book, You Are What You Speak: Grammar Grouches, Language Laws, and the Politics of Identity, explores why language, ours as well as other people’s, moves some of us to anxiety or even rage. His central thesis or argument is —claims people most often make about ‘their’ specific language, or what we hear about language, are mostly essentially about the politics of identity and establishing the hegemony of a dominant linguistic group over others.

The book was added to my ‘to read’ list in 2019 shortly after that year’s Hindi Diwas on September 14. The trigger for reading beyond the ricocheting controversies in the dailies and on television was provided by Union Home Minister Amit Shah’s problematic assertion at the ‘Rajbhasha Award Ceremony’ that day. He asserted that Hindi had been “the heart and soul of the freedom struggle”.

Although he did not state this explicitly, he implied that Indians speaking other languages did not contribute in equal measure to the national movement. He added that India required a ‘national’ language so that “foreign languages do not overpower our own”. On reading this, I recall, a thought flashed through my mind — the BJP has an innate capacity to pin a ‘foreign’ label to just about anything. Opposing reactions and supportive assertions Shah’s statement generated are still fresh in memory; in any case it would not take much effort to imagine those.

Greene’s book was not acquired because the second half of 2019 and early months of 2020 witnessed much ‘action’ that demanded the attention of journalists. Abrogation of Article 370, enactment of a law against triple talaq and the Citizenship (Amendment) Act, resulting in protests, the Delhi riots and then, of course, the COVID-19 pandemic followed one another at breathless pace, making most forget India’s unresolved language ‘problem’.

At the 37th meeting of the Parliamentary Official Language Committee last month, Shah served a reminder: he and his party remembered their objective of installing Hindi as the national language. In the words of politicos and people of non-Hindi speaking states, this goal translates into ‘imposition of Hindi’, its study and use in daily life, official as well as any transactional communication. Of the several contentions that Shah made, the most incensed responses were to his thesis that it was now time “to make the Official Language an important part of the unity of the country, when persons from States which speak other languages communicate with each other, it should be in the language of India”.

Leaders from the geographical belt of India where the BJP’s core constituency resides historically aspired to ‘foist’ Hindi as India’s ‘national’ as well as ‘official’ language despite it being the language of less than 50 percent of Indians.

It was not always like this. Even after the national movement gained support, several leaders were disinclined to view the language question from the prism of Hindu-Muslim tension that increased from the 19th century. By the early 20th century, in north India, there were three distinct languages —Hindi, written in the Devanagari script and drawing heavily from Sanskrit; Urdu, written in a ‘modified’ Arabic (or Perso-Arabic) script; and Hindustani, the lingua franca of most people and a blend of Hindi and Urdu. People wrote it in both scripts, depending on their choice, shaped by larger community identity, not always religious in nature.

Several leading Hindu writers who wrote in Hindi then, stuck to the Urdu script. For Mahatma Gandhi, Hindustani was a “sweet mingling of the two” (Hindi and Urdu), and for Jawaharlal Nehru, Hindustani was a “golden mean” between the two languages. Before Independence, leaders like Purushottam Das Tandon started mobilizing support to rid Hindi of ‘foreign’ elements.

Unsurprisingly, language was the most controversial subject in the Constituent Assembly debates. In a House from which the BJP draws its lineage from within the Congress and not from leaders who went on to become part of the Jana Sangh, the words of R.V. Dhulekar, Congress member from the United Provinces, are most pleasing. “People who do not know Hindustani have no right to stay in India,” he raged on December 10, 1946 and continued in the same vein for the rest of his intervention, stopping only when the chairman denied him permission to speak.

Surprisingly, one of the BJP’s icons, Syama Prasad Mookerjee, did not back Hindi as the ‘national’ language. On September 13, 1949, in the same chamber where the Dhulekars advocated Hindi as the sole language of official communication, Mookerjee unhesitatingly stated: “I do not share the views of those who speak of the day when India shall have one language and one language only.... Unity in diversity is India’s keynote and must
be achieved by a process of understanding
and consent.”

With the Constituent Assembly precariously divided, the Constitution makers chose an easy way out — postpone the decision on language for another day, for a different set of lawmakers. It was finally agreed that the Constitution’s Article 343 would read: “For a period of fifteen years from the commencement of this Constitution, the English language shall continue to be used for all the official purposes of the Union.”

Violence in the then Madras state in January-February 1965 ensured that no national party thereafter governed the state. That ferocious episode, however, did not end ambiguity in our law books. These still enable Hindi zealots to continue advocating for its imposition on non-Hindi speaking states.

Hindi is certainly spoken by the largest group of people in the country. According to the 2011 Census, 528 million or 44 percent of Indians listed Hindi as their mother tongue. Fifty years prior to this, in the 1961 Census, only 30 percent of Indians had listed Hindi as their mother tongue. Increase in Hindi speakers emboldens the BJP and its leaders to ask for a complete switchover to Hindi in all transactional and official communication. It puts other parties in a bind and we have seen soft-Hindutva’s re-run as Hinditva.

The case for or against Hindi is as thorny as parliamentary delimitation, now on hold till after the 2031 Census. Just as citizens in southern India and other states that stabilized population growth fear reduced parliamentary representation, the demand for Hindi makes them worry for one of their basic features of distinctiveness — language. Be it on matters of religious and culinary choices, shrines, educational institutions, matters of identity or even language, it is the minority that faces the prospect of being numerically outnumbered, a far cry from the ethos at the dawn of Independence. This is hardly conducive to furthering a culture of civic peace. That its absence hampers growth and development is well known.

Language remains an emotive issue. In the past 75 years English is notionally ‘less’ foreign and Hindi is used ‘more’ to navigate daily communication and interactive needs. Yet, the rooting for ‘own’ or mother language has not diminished, especially as identity has become central to politics. People of non-Hindi speaking states prefer multiple options and making a choice depending on necessity, not being dictated by a hegemonic leadership. Because the BJP continues to electorally depend on maximizing its core constituency, it incessantly conveys to them success in ‘subjugating’ the other — Muslims in most cases but when its leaders make pronouncements like that of the home minister, linguistic minorities too grow anxious.

The writer is a NCR-based author and journalist. His latest book is The Demolition and the Verdict: Ayodhya and the Project to Reconfigure India. His other books include The RSS: Icons of the Indian Right and Narendra Modi: The Man, The Times. He tweets at @NilanjanUdwin