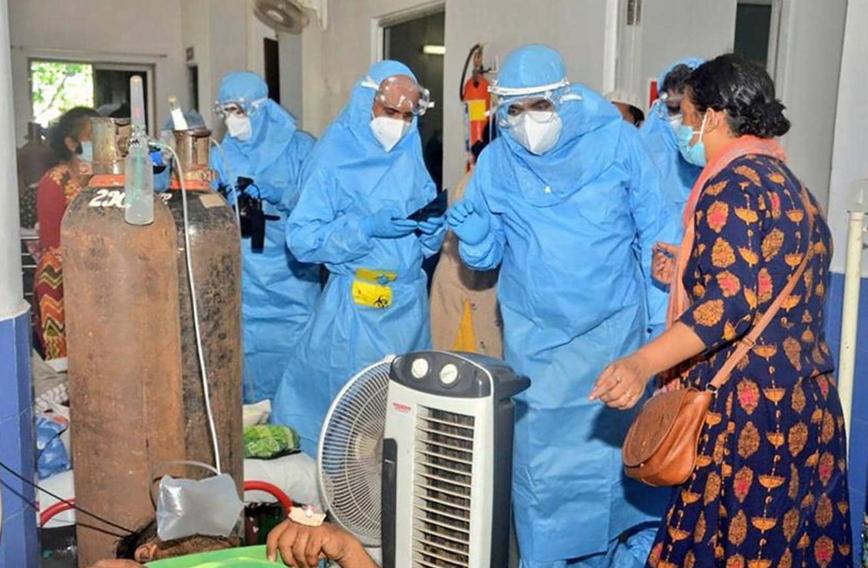 After Chief Minister Pramod Sawant got well from COVID-19 during the first surge of the coronavirus in Goa, he declared : ‘Bhivpachigarazna’, which in Konkani means, ‘There is no need to be frightened’.

But for more than 70 patients who have died in the past few days without oxygen in the Goa Medical College (GMC) it must have been a frightening experience to watch each other gasp to death.

The oxygen supply in the wards of the GMC has been repeatedly dipping between 2 am and 4 am and relatives of patients have looked on helplessly as alarms have beeped and lights have flashed. No help was forthcoming from the hospital in those hours.

The high court’s intervention hasn’t put an end to the deaths. Incredibly, the same events have happened day after day at the same time. And to cap it all there has been a public spat between Chief Minister Sawant and Health Minister Viswajit Rane over whether there is an oxygen shortage or not!

It is now amply clear that both leaders are not on the same page. They are not even in the same book.In a rare political display, usually reserved for the Opposition benches, the health minister showed exasperation and called for a high court inquiry into why COVID-19 patients were dying between 2 am  and 4 am.

Rane admitted that oxygen shortages were the root cause of the problem, something that the chief minister has denied time and again.

The cat was finally out of the bag on Wednesday morning when the high court, which is hearing a petition, took up the matter. With nowhere to hide, GMC Dean ShivanandBandekar  admitted to oxygen shortage being the problem.

He said the GMC had 700 beds for 1,000 patients and of these 160 were on piped oxygen. The GMC Nodal Officer was more forthcoming. He told the court that there was a shortfall of 400 cylinders of oxygen.

How did Goa come to such a sorry state?

The ‘no need to be frightened’ approach of Chief Minister Sawant resulted in a quick opening of every sector in the state by November last year. Testing and checking booths at the borders were dismantled and tourists were allowed to enter without any restrictions. 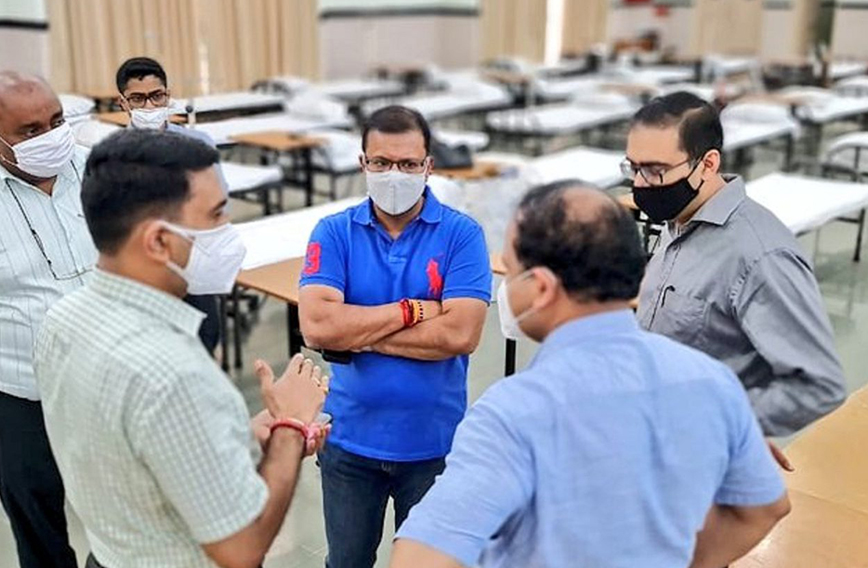 Eventually everything from hotels, restaurants, bars, gyms to pubs, wedding halls, industry, shops and markets reopened. SOPs remained on paper. The media kept publishing reports and photos of crowds on the beaches, in restaurants and in pubs without masks.

Caution was thrown to the wind as the state emerged from a lockdown. A few in the medical fraternity kept warning of a second wave, but they were like prophets in the desert. No one listened.

By March, the first signs of the second wave began to appear. Cases started increasing. But the Chief Minister and his government turned a blind eye. When the second wave hit Maharashtra and Delhi, the state government refused to do anything.

Tourism Minister BabuAzgaonkar openly declared that entry of tourists should not be stopped and the “show must go on”.The Calangute MLA, whose constituency forms the heart of the North Goa tourism belt, also stood firmly against any curbs on tourism.

As the number of positive cases rose from 100 a day to 3,500 a day from the beginning of April and deaths increased from  two and three to over 50 a day, the chief minister’s response was, “it’s unfortunate”.

As the bodies began to pile up, Goa finally got frightened. Village panchayats began to order their own versions of lockdowns which, not surprisingly, were not obeyed by the trading class and people. Municipal councils slowly started joining in. This trend continued and on May 7 the CM declared a three-day ‘curfew’ which proved to be ineffective because the list of what would remain open was longer than the list of what was closed.

By then the GCCI changed its stance and openly supported a lockdown and finally after much delay,  Goa went into a 15-day partial lockdown on May 10 (the manufacturing sector and banks are still open), which the chief minister officially referred to as a “curfew” but was caught calling it a “lockdown” when he forgot to switch off the mike at a press conference.

The virus has now spread to an extent that every second person being tested has it. Goa has had the highest positivity rate in the country. In fact, it is double the  all-India average.

Several citizen groups and individuals have reached out to provide meals to patients and families who are isolated at home, arrange emergency oxygen cylinders and take care of the vulnerable in society. Another positive fall out of the second wave is that more and more people are lining up for the vaccine shot.

And with the high court stepping in to place curbs on entry into the state, insisting on transparency on the number of beds available in real-time, monitoring the situation on a day-to-day basis and more importantly, making saving lives a top priority, the pushback against the virus has started. The outcome, though, will depend entirely on whether the chief minister is convinced that COVID-19 is a deadly pandemic. Because, if he isn’t the third wave will prove to be just as deadly, if not worse.