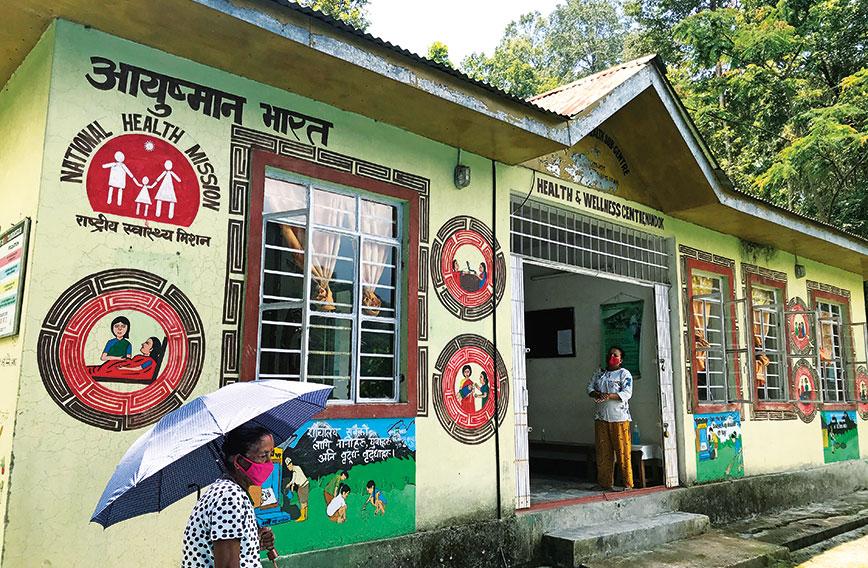 Waking up in the mountains 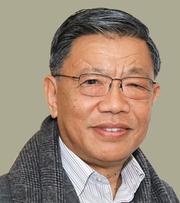 THE Himalayas are the roof of the world and for centuries remained highly inaccessible. Today, with modern technology and climate change, we have overcome natural barriers and made access to these remote, high-altitude regions easy.

But this access is the reason the deadly novel coronavirus has spread all over the Himalayas. Humans are its principal vectors. With mutations and new variants that are more transmissible and virulent, the scenario is changing for the worse in these revered mountains.

Uttarakhand is battered beyond recognition in the wake of the second wave. It has the lowest recovery rate (source: covid19india.org). The Kumbh Mela congregation in Haridwar ended up being a super spreader event. We have lost so many friends there and counting. I have never before written so many condolence messages in the space of a month.

Sikkim is another state where news of deaths on a daily basis is overwhelming. Fatalities crossed  last year's highs. The state’s positivity rate, at over 30 percent, was at one point the second highest in the country. One in three persons tested turned out to be positive. The recovery rate was the second lowest after Uttarakhand, at below 70 percent. And cases are still rising.

For such a small population, of about 700,000, this is ridiculous. We have ourselves to blame. Opening up tourism and lowering surveillance meant importing a very virulent form of the virus directly into our midst ­— with tragic results. And that we have not managed our overall healthcare well also shows up in the high fatality rate.

The scenario is the same in other Northeast states, especially Arunachal Pradesh and Mizoram. Somehow, like the rest of the country, we were caught napping. Special COVID facilities and centres opened during the 2020 first wave were dismantled instead of being beefed up, knowing full well that another wave was in the offing. It was quite evident that it was coming; our scientific advisers were saying so at the beginning of this year.

However, this is not a time to wallow in blame. Accountability will be sought and fixed after we have overcome the pandemic and resumed a semblance of our usual lives. For now we are all in it together. No one is safe until everyone is safe and perhaps fully vaccinated.

As the pandemic exerts a grip on hill cities like Shillong, Gangtok, Shimla, Dehradun and others, the key factor to keep in mind is that it is difficult to traverse mountain terrain. Even if there are roads, one has to crawl along in a Jeep-like vehicle at 20 kmph. One cannot call for an ambulance like in cities in the plains. It is akin to a very rural pocket in UP or MP. This is because road building can cost upwards of 150 percent more than in the plains in Uttarakhand.

In Sikkim it would take a person, on average, half an hour to reach a Primary Health Centre (PHC), two hours to reach a district hospital and about four hours to get to a central COVID hospital in Gangtok.

This is the greatest problem in saving lives. It has to be resolved using state machinery which includes plenty of vehicles. More empowerment of our local bodies and panchayats is the right way to address the rising cases in rural areas of the mountain states.

It is clear we have to have ample supplies of oxygen and the means to administer it to those in need. If we can ensure this along with medicines then we will save many lives. It must also be made available in far-flung rural health centres. Many mountain states like Sikkim have very good PHCs. They must be leveraged.

A recent article in the popular Shillong Times newspaper quotes a study by a US university which is tracking COVID-19 progress and states that the present wave in India is moving eastward and will hit the Northeastern states hard in a few weeks’ time. The Northeast is going to be the next hotspot. This, in part, will be due to the increased events in Assam where over 4,000 cases are being reported daily.

So we need to be prepared with those few but vital things: medicines, hospital beds, oxygen and ventilators. Trained medical staff too, of course. This will require planning and good implementation; unfortunately, both are in short supply now but state governments have to wake up. This is a disaster scenario, where is the Sendai Framework playbook?

Finally, we need to complete vaccinating the entire population in all the mountain states on a war footing. This is eminently possible as mountain states have less population density. A seemingly innocuous question recently put to me by a friend was, “Bhutan has been able to get all its citizens vaccinated in such a short time, why can’t Sikkim do it?” This question will haunt us for many decades. There are only a handful of people who have not lost someone close.

Sikkim could have argued positively for a special programme to understand vaccination efficacy in a mountain population. We could easily have negotiated with the central government  for 15 lakh vaccines. It could have been driven as a pilot study. Moreover, the present state government is in alliance with the government at the centre.

The present government is applying central government guidelines blindly. It is hardly being creative about how we can handle the situation locally. Panchayats and other local bodies have been bypassed and disempowered. The programme is being handled by bureaucrats who are clueless and one mistake is leading to another. The high fatality rate is a result of this situation.

The Sikkim Democratic Front (SDF) party has been proffering suggestions continuously. As a responsible opposition party, we are bringing the plight of the people to the notice of the authorities. Recently, we have started to coordinate with other opposition parties to take the programme to the grassroots.

We are helping our own doctors to do outreach programmes, helping with availability of medicines, PPE kits and oxygen related resources. We are collecting valuable ground-level data. We are learning about the failure to anticipate this disaster because planning did not take place and factors peculiar to this mountain state were not thought of.

Rural India and the mountain states were taken to be resilient and reasonably removed from the pandemic. But we have anthropogenically, through lack of foresight and imaginative governance, ushered in this devastation.

P.D. Rai is president of the Integrated Mountain Initiative and former MP  (Lok Sabha) from Sikkim.