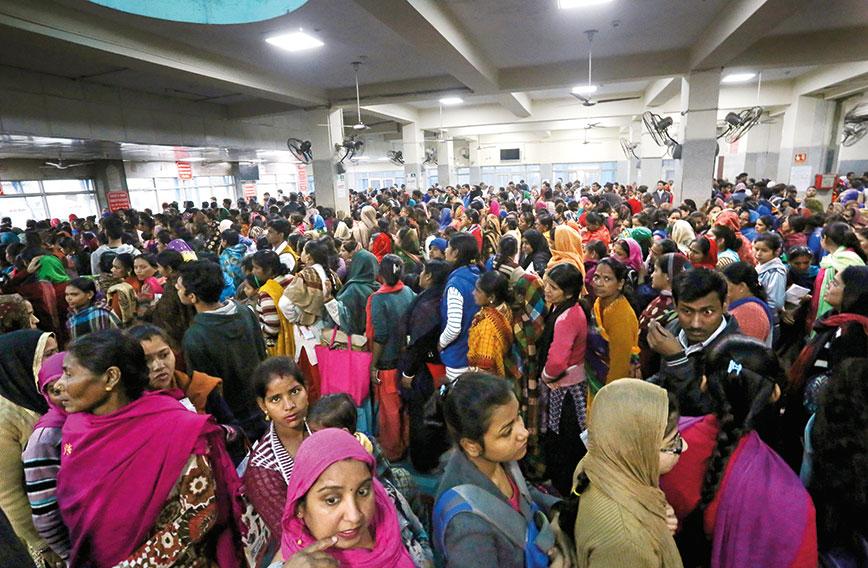 The end of anonymity

The rhetorical ‘don’t-you-know-who-I-am’ question, part of the armoury of the sons and daughters of Delhi VIPs when accosted for an infringement of rules, may soon be redundant. A quick photo clicked on his cell-phone will immediately tell the policeman who the offender is and whether a challan or a grovelling apology should follow.

Imagine another scenario. You walk into a large store and are greeted through a call on your mobile: “Good evening, Rahul. Welcome to Newage Superstore. We missed you in the last three weeks. You did spend 20 minutes with us on February 7, looking at shirts, and I am disappointed that we were not able to provide something that you liked. We are now stocked with a whole new range and I am sure you will find items of your choice. Incidentally, your ICICI Bank credit card will get you a 10 percent discount. Do let me know if I can help you with anything. Happy shopping!” After picking up two shirts, you lay them on the unmanned check-out counter. They are automatically packed in a minute; you pick up the bag and walk out.

In both cases, the secret is facial recognition technology. In the first, the photo from the policeman’s mobile is, in a few short moments, matched with photos in a database (like Aadhaar). Other databases too can be accessed and, in a few minutes, the policeman would receive on his mobile the name, gender, age, previous offences, validity of driving licence, address and possibly even more details.

In the second, an image of the shopper taken as he enters the store can be used to access the same information and greet him by name. In addition, the store’s own database will provide details of his last visit, what — if anything — was bought, and the time he spent in the store. All this data can be converted, through artificial intelligence, into an appropriate message and then conveyed through a robot using a synthesized voice, indistinguishable from a human one and capable of carrying out a simple conversation. As a further step, by profiling a very large number of customers and through AI and machine learning, the store can infer what you are most likely to buy and guide you towards that. Finally, apart from automation that enables billing and packing, details from the face recognition software will provide information about your credit card and automatically debit it as you just walk out with your purchase.

Such applications and a myriad of other possibilities have been opened up by the rapid advances in facial recognition technology combined with similar progress in areas like machine learning, AI, robotics and data analytics. A person can now be identified, wherever they may be. No longer can you be anonymous, not even when you merge into a crowd. In fact, the concept of a crowd is dead; it is now an agglomeration of identifiable individuals, each of whom can be specifically identified even when amidst dozens of others. Aiding this is the huge proliferation of CCTV cameras, especially in urban areas. Delhi, for example, already has 150,000 and an equal number is additionally being installed. This is amongst the steps being taken to make the city safer, especially for women. Every building complex, every gated community too has its own set of CCTV cameras. Practically no space is any longer private. Yet, paradoxically, the clamour about privacy and the consciousness of safeguarding it has increased.

Governments around the world are justifying the creation of databases on the grounds of security, and this charge is being led by the votaries of freedom. London, capital of a country long known as the bastion of democracy, and one in which the introduction of a national ID card was resisted on grounds of infringing privacy, is reportedly the city with the highest density of CCTV cameras. Snooping on its own citizens and others, it can use facial recognition technology to locate and track any individual. Snowden and others have revealed how the US security agencies have been spying not only on their own citizens, but also foreign leaders. In India, CCTV cameras and facial recognition technology have been used to identify and catch criminals — but we do not know if they are also being used for other purposes. As the technological tools become more sophisticated and more easily available, governments and organizations around the world are quickly adopting them.

Combining databases, each possibly created for a specific and distinct purpose, can reveal practically all details about an individual. The socially beneficial uses of such integrated databases and of data analytics is to detect fraud, catch criminals or track terrorists. However, these same technologies and databases can be used to identify and track dissenters, blackmail people, infringe on their privacy, or even to hack into their bank accounts or otherwise defraud them.

The fears are not merely about Big Brother authoritarian governments; equally, they are about large dominant private sector corporations, with no public accountability. Already, some of the latter have more data about the citizens of a country than the respective government. This, it is argued on their behalf, enables them to provide better services and products to their customers. However, it is clear that in the near future, access to such data will greatly facilitate persuasion (to buy certain products/services) and may soon progress to behaviour manipulation. Mega corporations that wield more power than governments may no longer be figments of leftist imaginations.

In India, a Bill to protect personal data has been introduced in Parliament. This may, despite some drawbacks, provide individuals some privacy from the prying eyes and ears of companies. However, similar protection is missing vis-à-vis government agencies.

Are we ready to move into a no-privacy world? Do we need to already regulate facial recognition technology as suggested by the CEO of Google? Are security and individual privacy orthogonal and conflicting aspirations? It is, indeed, time for an informed and vigorous debate on these and related questions.