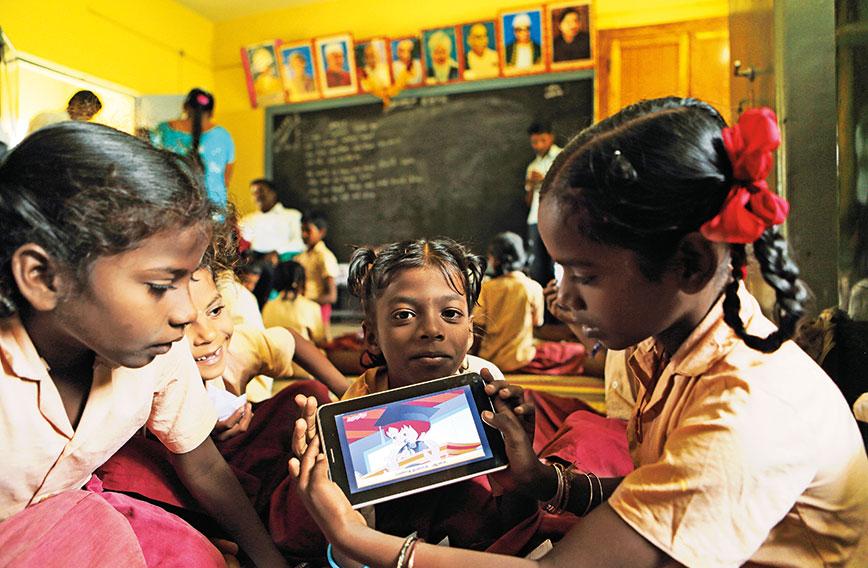 Indians are known to value education. Traditionally, the learned — especially the teacher, the guru — have been much respected, even revered. In the contemporary world, parents are willing to make monetary sacrifices to ensure their children get a good education. The poor spend hardearned money to pay the relatively exorbitant fees of a “private” school rather than sending their children to a free government school, only because they feel the former provides better education.

Given this context — of demand, of respect for education and of willingness to pay — one would assume that market forces would ensure competition and lead to a quick improvement in quality. Yet, this has not happened except at the top end, where some super-expensive schools (and a few universities) are perceived as imparting higher quality education. Meanwhile, people continue to vote with their feet. Enrolment in government schools (across 20 states) fell by 13 million in the five years from 2010-11, while 17.5 million was added to private schools. As a result, the percentage of children in private schools has gone up from 2 percent in the 1980s to about 35 percent now.

Despite this change, the general quality of education in India remains dismal. While enrolment has gone up, thanks in part to Right to Education (RTE) regulations, learning outcomes have hardly improved over the years. Many studies bear evidence of this, including the extensive and respected Annual Status of Education Reports (ASER) by Pratham. For example, 25 percent of Class 8 children in rural areas could not read Class 2 texts; over half could not solve a simple three-digit by one-digit division problem.

Unfortunately, much of the competition amongst states and other education boards seems focussed not on improving quality, but on inflating marks. Little wonder that the cut-off for admission to many colleges in Delhi University has reached stratospheric levels — well above even 95 percent. Yet, employers complain about quality, with graduates — including engineering ones — being unemployable, lacking adequate discipline knowledge and poor “soft” skills (like communication).

Technology has long been seen as a solution. One pioneering effort was the ISRO-led, year-long (1975-76) Satellite Instructional TV Experiment. Educational TV programmes were broadcast — via satellite, akin to today’s DTH mode — to schools in about 2,500 remote rural villages. These had a positive impact on attendance as well as educational attainment. Yet, how much of the positive effect of SITE on students can be attributed to the novelty effect is unclear, since almost none of them had ever seen TV before, and this new “magic box” must itself have been a big attractor and motivator.

Efforts to use hi-tech for education have continued. Large screens and individual tablets; “smart” classrooms; interactive, Internet-based content and content on mobile handsets; anywhere, anytime, any device access: all these have been tried. Yet, despite successful pilots and experiments, perceptible impact on a large scale is still elusive. Clearly, there seem to be a host of intervening factors — mainly contextual, social, cultural and also economic — that likely minimise the potential impact of technology.

On the other hand, a vast number of educational apps are available on mobile phones, with areas like language learning (mainly English) garnering huge traction. Coaching classes too — aimed at everyone, from primary schoolchildren to those preparing for IIT/IIM entrance exams to candidates for banking jobs or the IAS — extensively use technology for both, in-person teaching as also remote delivery of content. Their popularity (for example, Byju with its billion-dollar valuation) could well be evidence of their success in appropriately using technology.

Some argue that the new generation of technology — high-quality animation and effects, as also virtual or augmented reality — is better suited for education and will make a big impact. Meanwhile, technologies like data analytics and artificial intelligence are being put to good use in other facets of education. Thus, for example, a detailed analysis of Class 10 examination results can be done to identify which part of what subject seems to pose the maximum difficulty for students. Further, granular analysis can indicate which category of students (and from which schools) face the maximum difficulty. Based on this and deeper analysis, corrective action can be taken with regard to content, its presentation, supplementary aids to understand it better, more time, pedagogic methods, teacher training, and so on.

Looking ahead, technology may well solve these problems of quality and learning in an altogether different way. A chip implanted in the brain could carry within it any amount of information and knowledge. Periodic updates, delivered wirelessly, will ensure that obsolescence of knowledge is not an issue. Thus, a chip-implanted child may already have doctoral-level knowledge! Content creators will yet be needed to upload and update knowledge into the chips, but what will happen to the whole edifice of the education system? Who will decide which person becomes a doctor and who a poet? Will all humans get the same capabilities or will there be differentiation? Will this be payment-based? What about creativity and innovation? These, and dozens of other questions which arise, indicate that the issues are not technological, but societal. Doubtless, sooner than we expect, technology will make this a reality. It may, therefore, already be time to ponder the social, economic, ethical and philosophical ramifications of this.

Meanwhile, in the here and now, it is necessary to remind ourselves of our sad failure in education and work assiduously on improving learning outcomes. Technology may be a vital aid, but other dimensions too need to be worked on. In this, there is scope to learn from successes — whether from abroad, or in India itself. Amongst the latter is the outstanding work being done by the Delhi government with regard to all aspects: physical infrastructure and classroom aesthetics, courses, content, teacher training and motivation. In higher education, too, it has pioneered unique financial and governance models. It is yet too soon to assess outcomes, but the indications are very positive. Other states may well want to emulate Delhi’s emphasis on SHE: safety (especially of women), health and education.