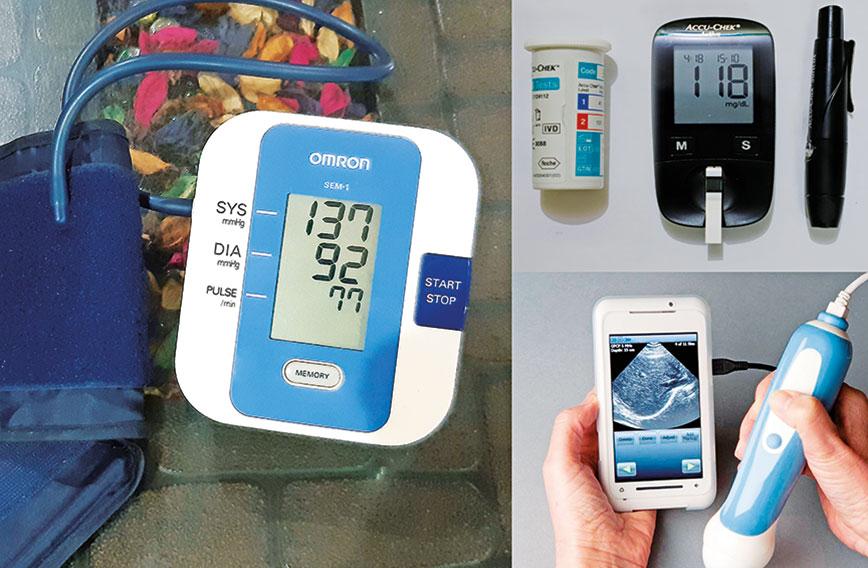 Devices for a healthy India

May you live a hundred years is a traditional Indian blessing, underlying which is the thought of being healthy enough to live that long. Similarly, it is health that is first in the Western mantra of “healthy, wealthy and wise”. So, one would assume that with a couple of thousand years of heritage, topped by two centuries of Western influence, health would necessarily be top-of-the-mind for governments and people in India. Yet, this is one area in which the country’s performance has, over the years, been most dismal.

In addition to its physical component, health also has a mental or psychological dimension, and good health is no longer the mere absence of illness, but relates to the positive aspect of overall well-being. Even limiting the perspective to just the physical aspect, our indicators of health are very poor. Despite relatively rapid economic growth over the past quarter-century, the health scenario in India is worse than in most of our neighbours; in many cases, we compare with the far poorer countries of sub-Saharan Africa, and are way behind Sri Lanka or even Bangladesh.

Few things are as indicative of not just individual health, but the health of society, as the well-being of children. What, then, can be more damning than the fact that over a third of children under five years are stunted and a similar proportion are underweight, while 17 percent are wasted (low weight for height). A minuscule 6.4 percent of children below two get the defined “minimum acceptable diet”. Even in socially-developed Kerala, the figure is just 32.6 percent; surprisingly, in all the other southern states, as also in “developed” Maharashtra and Gujarat, the figure is below 5 percent. These and other revelations emerge from the Comprehensive National Nutrition Survey commissioned by the government and conducted between 2016 and 2018.

The government has launched a Poshan Abhiyaan, aiming to attain a malnutrition-free India by 2022 — a laudable target but one that will require Herculean efforts, given the present status. Much work, focus and funds will be required to drastically improve other key indicators like infant mortality, maternal mortality and the gender ratio. Traditional scourges like TB, malaria, diarrhoea and respiratory diseases need to be tackled too, even as more challenges are posed by newer diseases and the growing incidence of non-communicable diseases.

Apart from the nutrition mission, other schemes like Ayushman Bharat have been initiated, with great ambitions and fanfare, as was the earlier National Health Mission. Mid-day meals for schoolchildren and anganwadi centres have been operational for decades. Doubtless, these — and other efforts — have made some impact. However, it is equally obvious that they have not been able to meet the immense challenges of nutrition, care and good health. That India is a poor country can hardly be an excuse, given the performance of countries with similar per capita income, or even — within India itself — states like Kerala.

Sanitation (constructing toilets), and — more recently — water have seen special and welcome emphasis. However, budgets for health continue to languish at levels that are far below the stated target of 3 percent of GDP. While funds alone will not solve all the problems, it is equally clear that without adequate funding all the good intentions will remain merely that, with slow and incremental progress on the ground. The lack of public funding and the increasing privatisation of healthcare particularly affects the poor, and it is now well-established that a major cause of penury are bad-health episodes within the family. As in education, the poor quality of governmental healthcare is driving those to private facilities who can least afford the costs involved.

In this otherwise depressing picture, one source of hope is technology. Advances in bio-science and new technologies are not only providing better healthcare, but are also reducing the cost of doing so. A whole host of non-invasive tests have been developed, with diagnosis possible from sweat, tears, breathing and pulse patterns or heartbeats. Alternatively, a great deal can be gleaned from a single drop of blood. Wearable devices sense and relay a patient’s key parameters to a doctor or a medical facility, enabling online, continuous monitoring, so that corrective action can be advised as necessary. Lab-in-a-box equipment is now available, through which tests and diagnosis for a large number of key ailments can be done easily, in the field and at low cost.  Data analytics and artificial intelligence provide diagnoses that are as good as — sometimes, even better than — that of a doctor. Satellite or drone maps combined with digitised data from the field (entered into a tablet and downloaded to a central point) can be used to track the spread of infectious diseases and take preventive action.

Databases now provide a rich storehouse of medical information and individual experiences, which — through a search engine — enable searches and self-diagnosis. Little wonder, then, that adoctor commented that everyone is now consulting “Dr Google” rather than him! However, such databases are also of direct use to doctors themselves as an aid to better diagnosis.

There are other, already visible wonders of technology, not all of which are automatically positive or good. New technologies may lead to immortality, with all its pluses and minuses — but that is a subject for a separate piece.

The glum picture painted in the first part of this article promises, then, to be reversed by technology. However, this cannot happen by itself. Supportive policies are critical, not just for development and deployment of new technology, but particularly to see that it is used for public good and that the disadvantaged are able to benefit. Otherwise, the inequities in our society will mean that the new opportunities will be unaffordable for the poor. Health — like food, education, shelter, livelihoods and justice — has to be seen as a basic and essential right of all, and a responsibility of the State. Only then can we hope to be a healthy — and, hopefully, wealthy and wise — country.