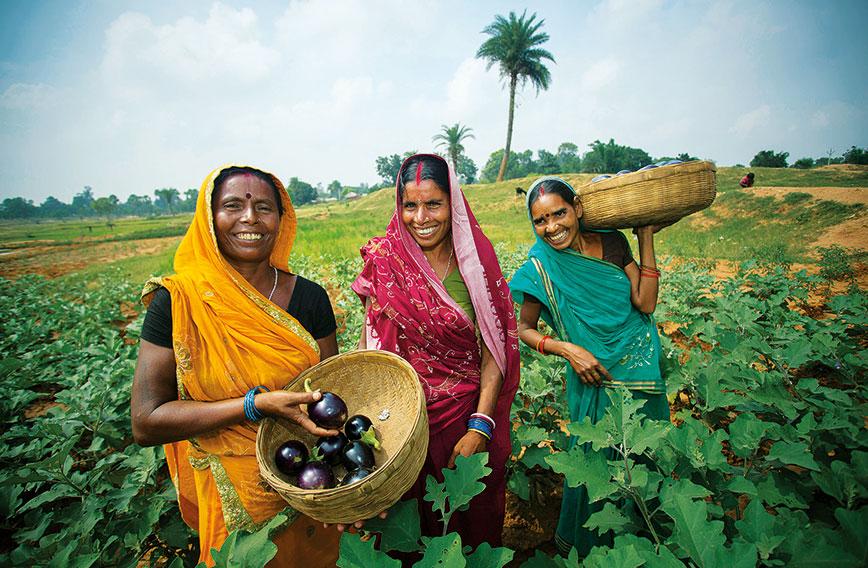 Desire and the rural woman 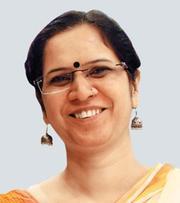 An eye-opening incident occurred in 2002 when we were visiting villages in Mehrauni block of Lalitpur district, Uttar Pradesh, to talk to women during their afternoon break from their backbreaking work as agricultural labour.

The women sat around in groups in someone’s barandah or outside someone’s house. We joined them to chitchat and our talk invariably veered around to answering their queries. Were we married, they asked, did we have children?

They laughed uproariously at some of their own questions. Like, how did our husbands allow us to travel so far to their village? What they implied was: whom will your husband now have sex with since you are not around? And how did we do it? We couldn’t understand this question. We were young girls and we blushed coyly.

They explained. We all wear saris, so it’s very easy. We just lift our saris and do it quickly. But you wear salwars which need to be untied and that might be cumbersome if you want to have quick sex. Then they laughed uninhibitedly and joyously at the fun they were having at our expense.

The experience was to stay with me forever. As an urbane, educated girl it blew my mind. I found myself questioning my own timidity towards notions of sex and sexuality. As a child I had seen women in my village having fun and teasing each other with explicit words and gestures I have never seen or experienced in urban spaces.

Sixteen years ago my colleague and I were speechless at the response of the women. We giggled not so much with amusement but with embarrassment since we didn’t know how else to react. Today, when I look back, I am not sure whether the women were having fun and laughing to paper over the extractive and violent nature of sexual relationships that they might have been experiencing in their lives.

Nirantar, a resource centre for gender and education, has played an important role in forging these conversations where positive and political approaches to sexuality are taken from academic and urban circles to rural women and girls.

Our experience of working with rural women has given us a vocabulary and well-accepted metaphors, enabling us to talk about sex in an accessible language. It has also helped us to understand the everydayness of sex and sexuality in a rural context.

While working in rural areas, I came across an expression of sex as ‘shareer ki bhookh’. But, as an upper caste girl from a rural area, I had never heard this expression within my own community. The virtues of being asexual and the ability to control desire were given so much importance, it couldn’t be questioned. Upper caste women waited for specific occasions. Like the night when all the men from the boy’s side go to the girl’s home for the marriage ceremony. The women are left behind with no men around to place any restrictions on them. They then enact the most explicit sexual drama called Naktaura and indulge in a lot of feminine fun. The women from the girl’s side get a chance to sing gaalis with explicit sexual content, aimed at the men from the boy’s side.

These forms of expression and articulation, I feel, cannot be undermined. They need more exploration to understand sex and sexuality in the context of rural culture. This is not to say that there are no taboos, but that within those boundaries a lot is explored and practised.

Both men and women of various ages have their own peer group with whom they explore and talk about sex and desire. The peer group isn’t under strict vigilance all the time. These peer groups exist exclusively within the same caste, clan and gender. Relationships, whether sexual or otherwise for girls, are diligently monitored. Sex or desire based on relationships that transgress the boundaries of caste and religion are violently punished especially if the girl belongs to an upper caste community or to the majority religion and the boy belongs to a Dalit or minority community.

There is an acceptance of sex as an integral part of human life, but at the same time there is also a fixed notion of what is good sex and with whom it can be sought or practised. In addition to deep divides of caste, class and gender, there is a rigid notion of what is sex and pleasure and a limited scope of alternatives.

However, this is the paradoxical reality of rural women. On the one hand there is a culture of humour and fun through songs and dramas with sexual overtones. On the other hand, there is no space for open conversations, awareness and knowledge sharing. Nevertheless, there is an overt and rich vocabulary that exists among rural communities especially among women to talk about sex and sexuality without feeling awkward.

But the rural is no more as rural as it was 20 years ago. Urban morality has seeped into rural culture and lots of practices are actually dying or have died out because of certain urban notions of civilised language and behaviour around sexuality. The gaalis that women sang during marriages or the Naktaura they did are traditions that are hardly practised now by young women. Talking about sex and enjoying sexual conversation is no more a common practice among women, especially among young women.

While the sexuality of upper caste and middle class rural women and, to some extent Dalit and tribal women, has always been strictly guarded and controlled, there were still ways in which rural culture celebrated and created space for sexual conversations and expressions of desires.

We can reclaim those spaces and cultural practices and bring them to our urban sensibilities to break the binary between rural and urban. Let’s acknowledge and learn the language that exists in every local context and take our evolving understanding to them to challenge some of their notions around sex, sexuality and pleasure. In doing so, we can create new vocabularies that can bridge the gap between rural and urban.

Archana Dwivedi is Director of Nirantar, Centre for Gender and Education, New Delhi